By Hamish Cardwell of RNZ

The Auckland chapter of the international youth climate action group School Strike 4 Climate has admitted it is racist and is disbanding itself.

The group helped organise the annual school strikes which have quickly become the largest mass climate protest movement in the country. Young people and old taking to the streets in their thousands, demanding action on the looming climate crisis.

But Māori and Pacific people have also been saying for some time they have been marginalised and shut out of the movement.

In a statement at the weekend, School Strike 4 Climate Auckland said it had been a "racist, white-dominated space" and that it was dissolving the group. It declined to be be interviewed by RNZ.

"School Strike 4 Climate Auckland has avoided, ignored, and tokenised black, indigenous and people of colour voices and demands, especially those of Pasifika and Māori individuals in the climate activism space," it said.

It said it made the decision to disband on the suggestion and guidance of black, indigenous and people of colour members of the group - and other activists and organisations.

It would not hold any more strikes and its members have separated from the national school strike team.

It said people of colour were disproportionately affected by climate change, so the fight for climate justice should be led by their voices and needs, not Pākehā ones.

The Auckland group said disbanding the organisation was well overdue.

"We recognise that this apology can never be enough to make up for our actions on top of years of systemic and systematic oppression, racism, and the silencing of those who are the most affected by climate change.

"This apology is just one of our steps in taking accountability for our actions."

It said it has been racist and dismissive of towards people who have rightly spoken out against it. The Auckland group also said racism was a big problem within the wider School Strike 4 Climate NZ organisation, but that it could not speak for the wider group and had made the decision to dissolve independently of it.

She said there has been racism in the school strikes group for a few years, but the issue was also more widespread.

"We've faced a lot of groups and a lot of people in the climate space that ... are racist.

"We see that all the time."

Anevili said Pākehā-dominated climate groups get all the air time and resources, but they do not grasp the legacy of colonial violence and oppression.

"I've definitely seen it as a young Māori person who's now responsible for climate change [actions] in Wellington and seeing the the layers of discrimination that exists within these movements.

"It's not just the school strikes you know, it's everywhere."

She supports the disbanding, and said Māori, Pacific, disabled and poorer people would bear the brunt of the impact of climate change, so must be at the forefront of the fight. 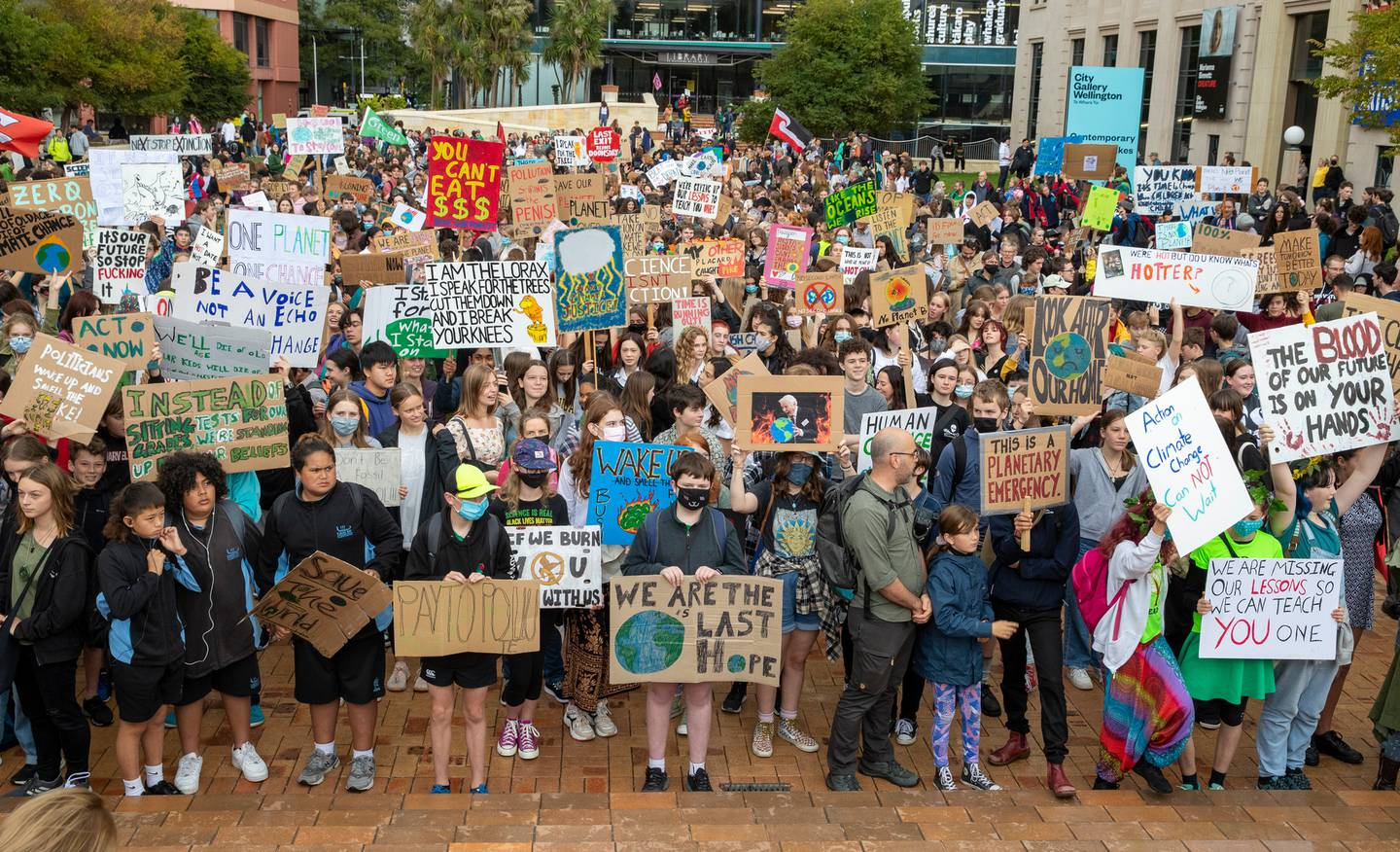 Students gathered in Wellington's Civic Square ahead of the Strike 4 Climate protest march to Parliament in April, 2021. (Photo / Mark Mitchell)

The struggle for the environment was intrinsically linked with capitalism, racism, and all the systemic failures in society, she said.

"If you try to attack one without taking into account the others, then you will inevitably fail because you're not dismantling the system that is enabling this destruction to occur.

"So that's why it's important that people with lived experience and real-life experience of that systemic inequality are the ones to lead the solutions on those."

She said white leaders had been the face of the environmental movement for too long, when indigenous people had been calling for action on climate change for decades.

In its statement, School Strike 4 Climate Auckland said it discouraged any Pākehā-led groups from moving into the space left by its closure, and it directed people to some Māori and Pacific-led organisations.

Anevili said dissolving the group was the right choice because the movement was bigger, and more important, than any one group.

"I think there is this panic that we tend to have when groups disband where we think, 'It's not good for the movement'.

"If that means that groups have to disband so the movement can be strengthened - that's a win for us."

Anevili said she hoped those who were involved in the Auckland school strikes group would stay on in the movement, and support the indigenous voices leading the way.