Auckland's St Cuthbert's College tops the list and four of the other top 10 schools are private girls' schools.

Altogether, girls' schools score 18 of the top 50 places, or 36 per cent, although girls' schools make up only 12 per cent of all NZ schools with senior secondary classes.

Boys' schools also punch well above their weight, with 11 of the top 50 (22 per cent), compared with 9 per cent of all secondary schools.

Co-educational schools get only 21 of the top 50 places (42 per cent), even though 79 per cent of secondary schools are co-ed.

The rankings are a pioneering attempt to rank all NZ secondary schools regardless of whether their students attempt the National Certificate of Educational Achievement (NCEA), Cambridge exams or the International Baccalaureate (IB). 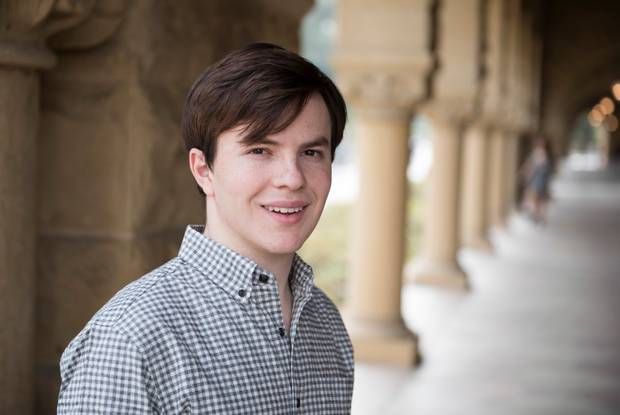 However, it does not adjust for the advantages that students start with because of their family backgrounds. All of the top 40, and all except four of the top 50, draw students from the most advantaged three deciles.

Crimson founder Jamie Beaton said he created his ranking because parents were often confused by the differing exam systems.

"Crimson is the first education-focused organisation to develop a methodology that covers all the criteria that top universities are looking for," he said. 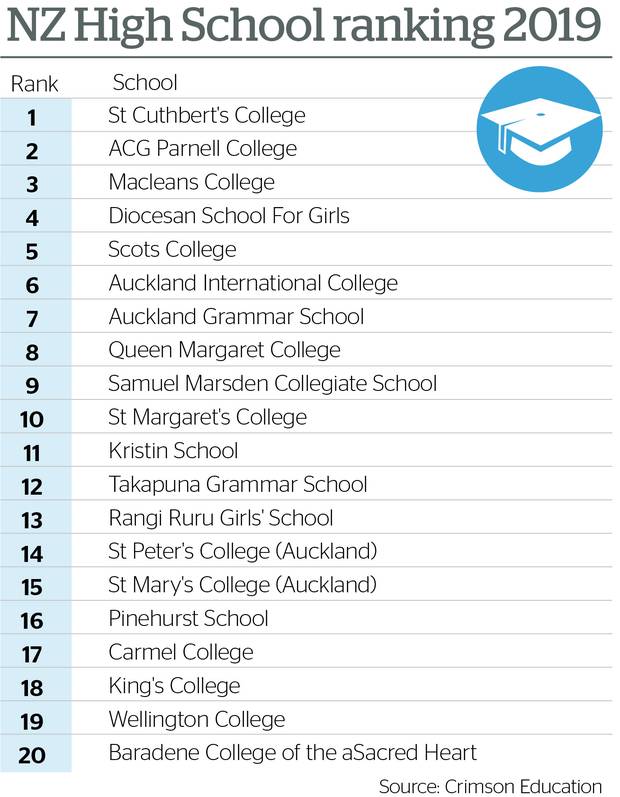 The rankings give most weight (35 per cent) to the proportion of a school's final-year students who win NZ scholarships or Cambridge or IB awards.

The items on cultural and ethnic diversity reflect the value placed by top-ranked world universities on students' understanding and empathy for different cultures.

St Cuthbert's, which offers both NCEA and IB, ranked only 40th on diversity, but came top in academic performance. Crimson also helped eight St Cuthbert's students win admission to top world universities this year, more than any other school except Kristin School (10).

"I really appreciated the relationship I was able to build with my teachers. It was a teacher/student relationship, but I also felt there was mutual respect," she said.

She worked with a Crimson mentor who had won the Robertson Scholarship before, did a 10-day course in the holidays on how to sit American scholastic achievement (SAT) tests, and was coached on how to write the kind of essay in her scholarship application that helped to win her the award.

Beaton said Crimson clients could choose from a menu of services and spent about $13,000 on average.

But a Harvard student who did not use Crimson services, Korey Te Hira, said it was possible to get there alone. He attended Kelston Boys' High School, ranked 283rd on Crimson's list, and started a Givealittle page to fund his tuition fees. In the end his brother increased his mortgage to lend Te Hira the money.

Te Hira writes in an article for the Herald that the student loan scheme should be extended to allow students from lower-decile families to borrow for overseas studies.