A contractor has been seriously hurt after suffering an electric shock in central Dunedin this morning.

Emergency services were called to the scene outside Farmers department store about 9am today, where work on a $28 million revamp of George St by the Dunedin City Council started recently.

A St John spokeswoman said it a sent a rapid response vehicle, a manager and an ambulance, and a patient was transported to Dunedin Hospital in a serious condition.

Isaac Construction chief executive Jeremy Dixon this morning confirmed that a live cable had been cut and a staff member had received an electric shock. 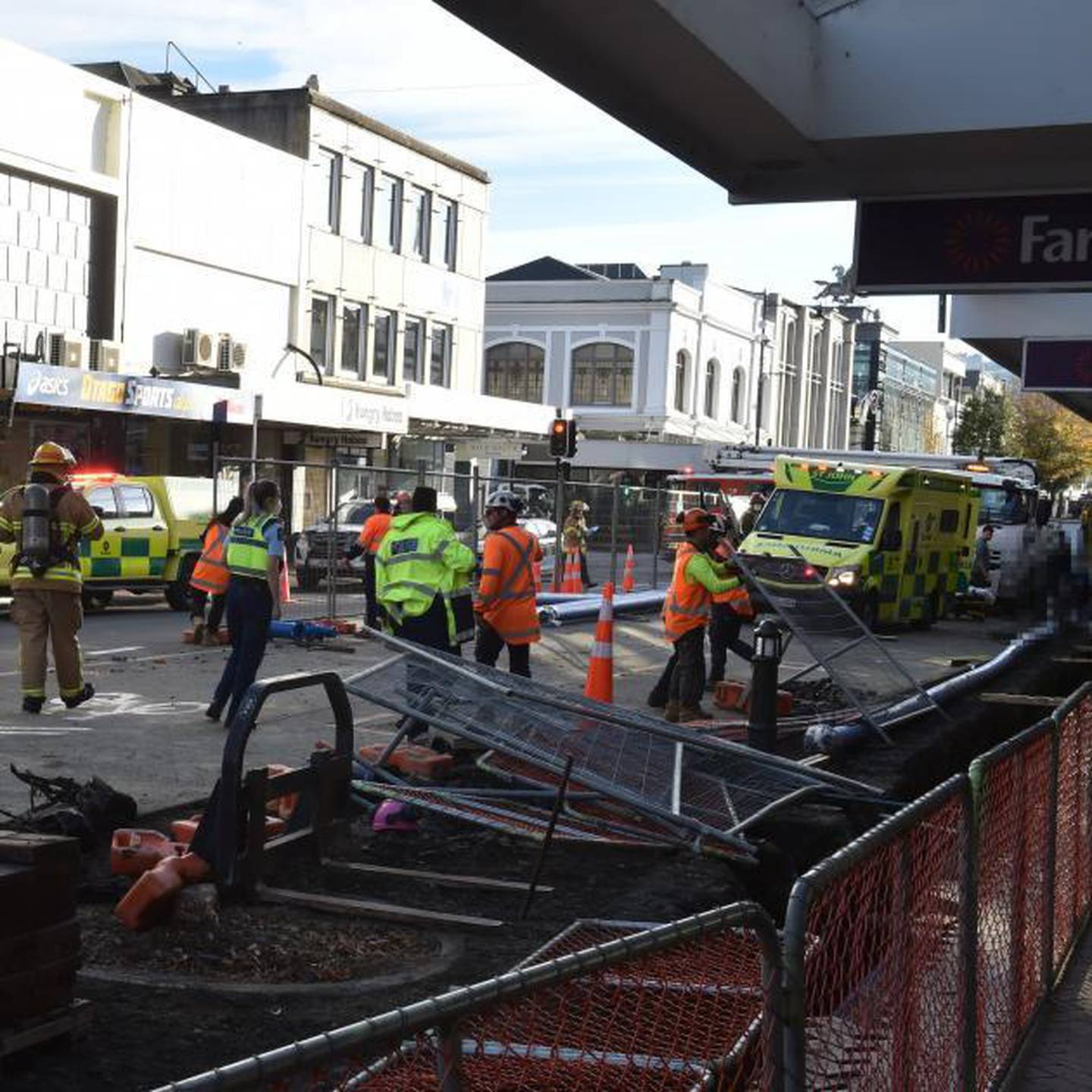 Emergency services at the scene this morning. Photo / Gregor Richardson

The company's focus was on making sure there was support wrapped around the worker and her family, and that another incident like this would not happen again, Dixon said.

Dixon was flying to Dunedin from Christchurch today.

A DCC spokesperson said the employee was working on the George Street-Retail Quarter Upgrade.

"WorkSafe has been notified and a thorough investigation into exactly what happened will take place in due course.

"However, our immediate focus is on the welfare of the worker and colleagues who witnessed the incident."

The site where the incident occurred - on George St between Moray Pl and St Andrew St - has been made safe and closed down until further notice, they said.

A spokeswoman for Aurora Energy said the contractor experienced a "flashover" while working in a trench.

Crews from the power company attended the site to ensure it was safe, she said.

A WorkSafe spokesman confirmed it had been notified of the incident.

Initial inquiries were being made, but an investigation had not been launched, he said.

An Otago Daily Times reporter at the scene said emergency services staff could be seen giving first aid to someone who appeared to be an injured contractor lying beside a ditch where crews had been doing work to upgrade George St.

One nearby shop worker said she heard a big bang, followed by people running and calling for an ambulance.

Another said he felt a big rattle for a second or so and then saw a person lying down at the construction site.

Work began on the $28 million upgrade of George St and surrounding areas by the Dunedin City Council this week.

Initially, old underground pipes will be replaced in the block of George St between Moray Pl and St Andrew St and the makeover in that first block, including paving, is scheduled to be essentially completed in October.

The broader project is due to be finished in 2024.