An oarfish was found on Aramoana Beach on Monday afternoon. it is estimated to have been 3.6m long.

The species is known to reach lengths of more than 8m and is usually found hanging in a vertical position.

Fisherman Isaac Williams, 32, found the deep-sea fish, and said he has never seen anything like it.

"I initially thought it was a surfboard, but was surprised to see it was actually a giant fish." The species is known to reach lengths of more than 8m and is usually found hanging in a vertical position. Photo / Bridie Allan

Williams said it was alive when he found it, but after failed attempts to put it back out to sea, it died.

The body of the Oarfish is believed to have now been washed away.

Otago Museum has displayed a preserved oarfish in a deep-water creatures diorama for decades.

Natural Science curator Emma Burns said it's very rare to see this type of fish wash up in Dunedin.

There have only been nine occasions where an oarfish has washed up near the city in the past 150 years. 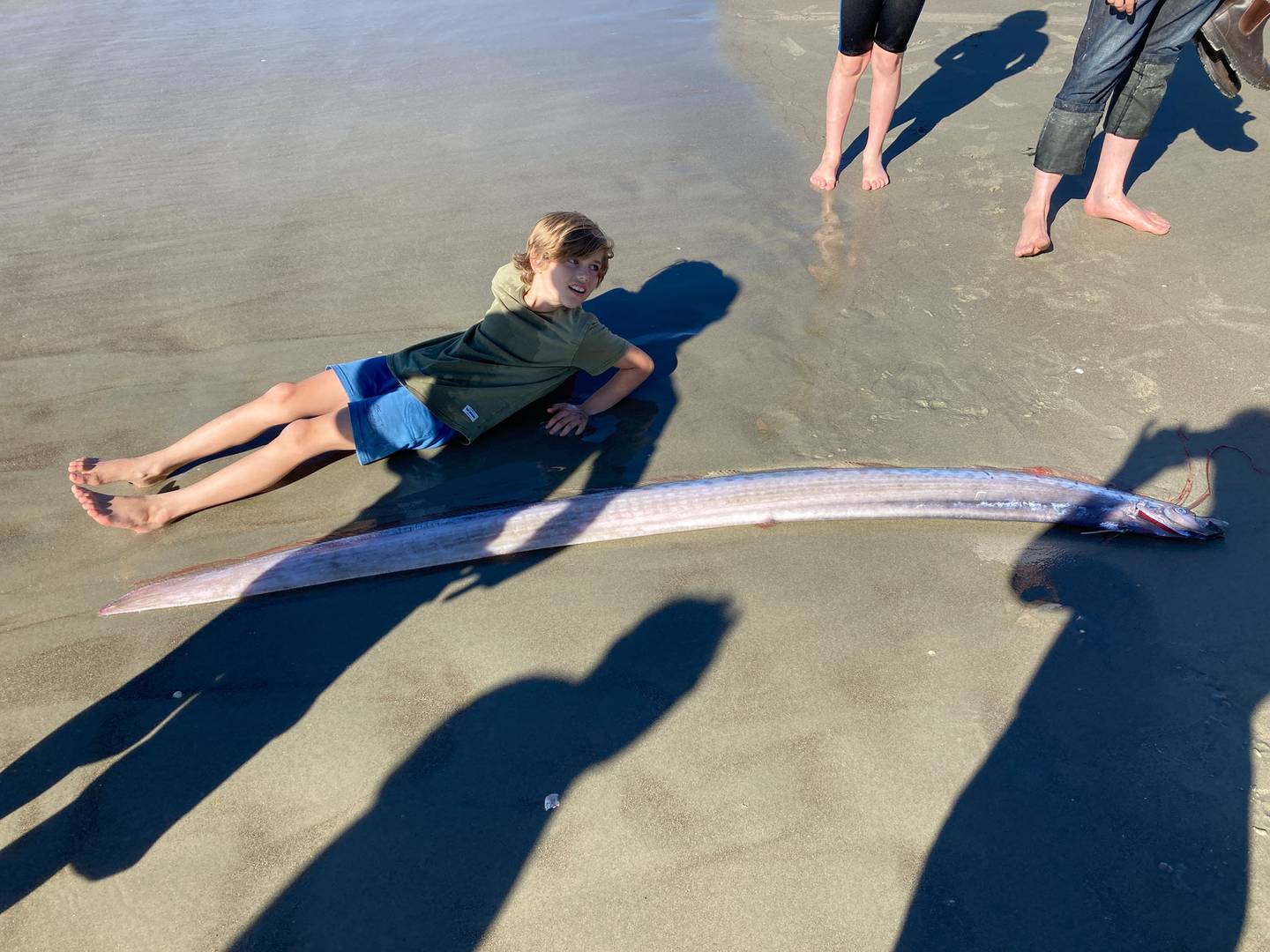 Cash Gibbs lying next to the oarfish estimated to be 3.6 metres long. Photo / Bridie Allan

In 2015, a dead oarfish washed up at Aramoana Beach but vanished a day later.

The museum encourages anyone who comes across these rare occurrences to contact them or the Department of Conservation so researchers have the opportunity to learn more about the species and preserve them if possible.