Advocates for cannabis reform say they have been asked to stay off the grass in Dunedin's Octagon.

The lower Octagon will be used on Saturday for J Day, described by reform group Norml as an event celebrating Kiwi cannabis culture and protesting against prohibition-era laws.

The upper Octagon lawn would be off-limits because the Dunedin City Council had asked the group to "stay off the grass", a press release from Dunedin Cannabis said.

It was to be used by another group, the council said.

Grass in the Octagon was damaged by a two-month occupation this year by people protesting against Covid-19 vaccine mandates.

The turf had to be replaced. 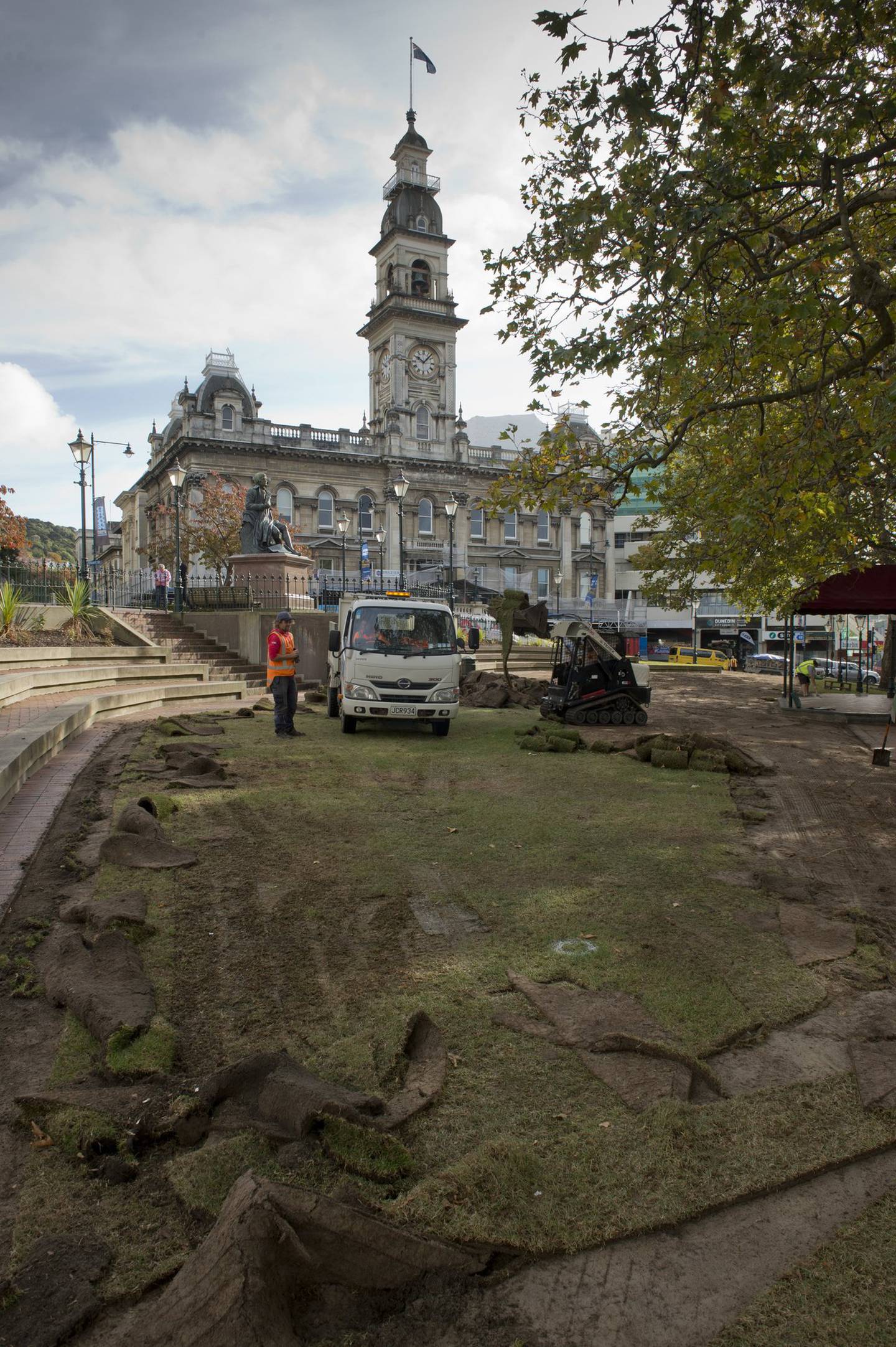 Contractors replace turf in the Octagon that was damaged during an occupation by protesters. Photo / Gerard O'Brien, File

"The community can't wait to get back out into the public and keep pressure on the Government for meaningful action on drug law reform.

"With election year coming, the Dunedin cannabis community hopes that Covid, inflation and identity politics don't drown out the conversation that 48.4 per cent of the population want to see purposeful change on."

A referendum in 2020 showed 48.4 per cent of New Zealanders who voted wanted cannabis legalised.