But what did seem clear at the High Court in Auckland was how dread and anger set in as some involved in the alleged drug ring complained of theft and treachery.

One such exchange appeared to chronicle a tempestuous relationship Wilk had with an associate.

"With you there are so many lies. I'm not surprised that nothing works out," Wilk was told. 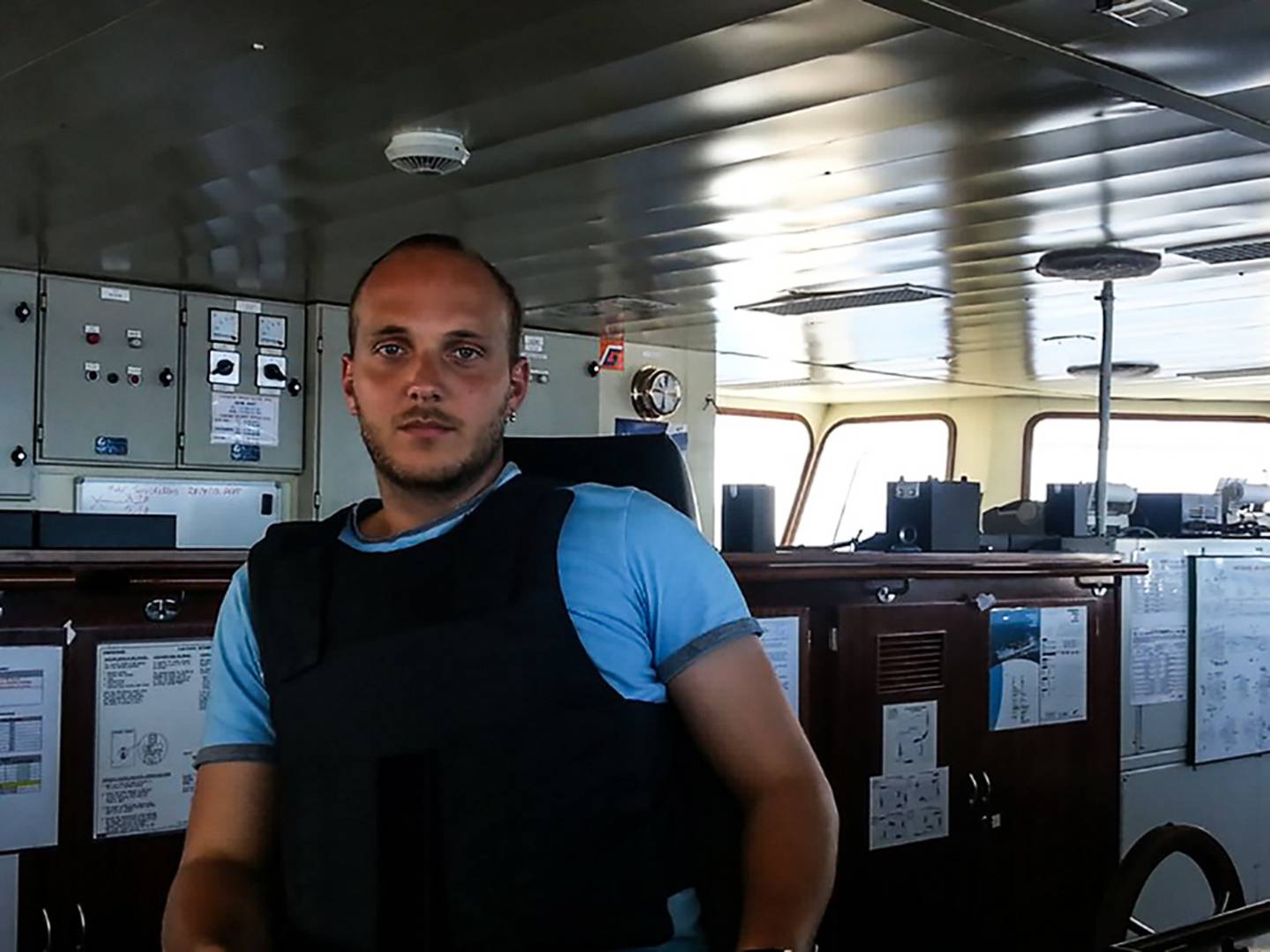 Russian sailor Aleksandr Cherushev was arrested in 2019 after arriving in Nelson on the container ship Discovery Bay. Photo / Supplied

Jurors heard Wilk responded: "Go f**k yourself. If you play with fire you will get burned. Shut your mouth. You are a genetic mistake."

In one WhatsApp message, Wilk complained: "F***, everyone just wants money from me."

According to a transcript, one of Wilk's correspondents threatened to go to police.

"You dog's dick," Wilk replied. "Go to the cops. It's not like you will escape punishment."

Wilk lamented the fact nobody asked him about his feelings, his appetite, or how he was coping after an earthquake.

It's alleged Russian sailor Cherushev imported around 4kg of cocaine as chief officer on board Discovery Bay, a container ship arriving from South America.

Prosecutors say Wilk and his son helped to supply the drugs to New Zealand-based distributors over two short trips in September and November 2016.

The court today heard Baldie was never identified, and some of the people Wilk allegedly liaised with were known only by the monikers Seraphim and J23.

A person called Ginger was discussed several times in Wilk's messages, and appeared to be someone with whom Wilk had a serious grievance about money.

Several messages involved disputes over debts, and allegations of theft.

The person known as J23 sent details of an account at Bank Zachodni in Poland and a request for Polish currency in 2016.

Jurors heard Wilk at one point voiced concerns to his son Ralph.

"What's going on? he asked. "There is a lack of contact with you ...Those Russians are also starting to threaten."

On April 2017 Ryszard Wilk was due to leave Auckland.

But jurors heard $70,000 was found on him, and police seized his phone and rifled through his messages.

The Crown claimed these messages proved Wilk met with Cherushev.

Wilk's defence counsel Annabel Ives asked about gaps in messaging, saying it was possible the hundreds of screenshots still missed some texts.

Prosecutors have claimed people linked to the syndicate hid money at Auckland's Bastion Point, where police in 2017 found partly-buried black rubbish bags and 3.5g of cocaine.

The court heard police tailed members of the alleged racket in central Auckland, observing meetings at a coffee shop and on a bench outside St Kevin's Arcade.

People who lived in or had ties to Moldova, Spain, Italy and Ecuador were also linked to the alleged cocaine conspiracy at various times.