If you need help - scroll down for information and contact details

A Kiwi mum who left Australia under the cover of night to escape from her estranged partner and abusive relationship is now being forced to return her toddler back across the Tasman.

Despite the woman's pleas to authorities - and producing evidence of the abuse including a court-ordered protection order - she must take her child back to Australia and face her ex in court to bring the little boy to live in New Zealand.

The woman is devastated, scared and angry about having to return to a situation she fought so hard to leave and is worried she will be stuck in a country where she feels extremely unsafe and isolated with no family support.

She spoke to the Herald about her case in a bid to highlight how an international legal agreement is seriously failing victims of family harm and violence.

The woman said the abuse from her partner started soon after she gave birth to their son.

For legal reasons, they cannot be identified.

"It was like a switch went off, it all just changed," she said.

"At first I thought 'am I just being hormonal, am I overreacting?' - I had just had a baby and I didn't really know what was going on.

"But then it kept going, and it got worse and worse when my maternity pay stopped ... it was such an awful feeling."

The woman said she was subjected to mental, emotional, psychological and financial abuse.

She explained that ex controlled everything she did, isolated her and "played mind games".

"I thought I was going crazy, I felt like I was losing my mind ... it was such an awful feeling," she said.

"I was literally trapped ... I thought I had all the issues, that it was all my fault."

She has no family in Australia and had been isolated from any friends she had.

"It got too much ... I called my dad crying and he said 'you need to call the police'," she said.

She reached out and police came to the house and removed her son's father from the property.

He was ordered not to go back and a protection order was issued by the local court preventing him from going hear the woman or her son, or having any contact.

"I had nowhere to go, no family, no friends ... my ex cut us off completely and I had no money for food, formula, nappies," she said.

"It was extremely traumatising and scary ... it was really tough."

A maternity health care professional referred her to a local family violence support organisation and they in turn arranged a Salvation Army family violence case worker to help the woman directly.

She was surviving solely on grocery vouchers they had to post or email her due to the lockdown in the city. 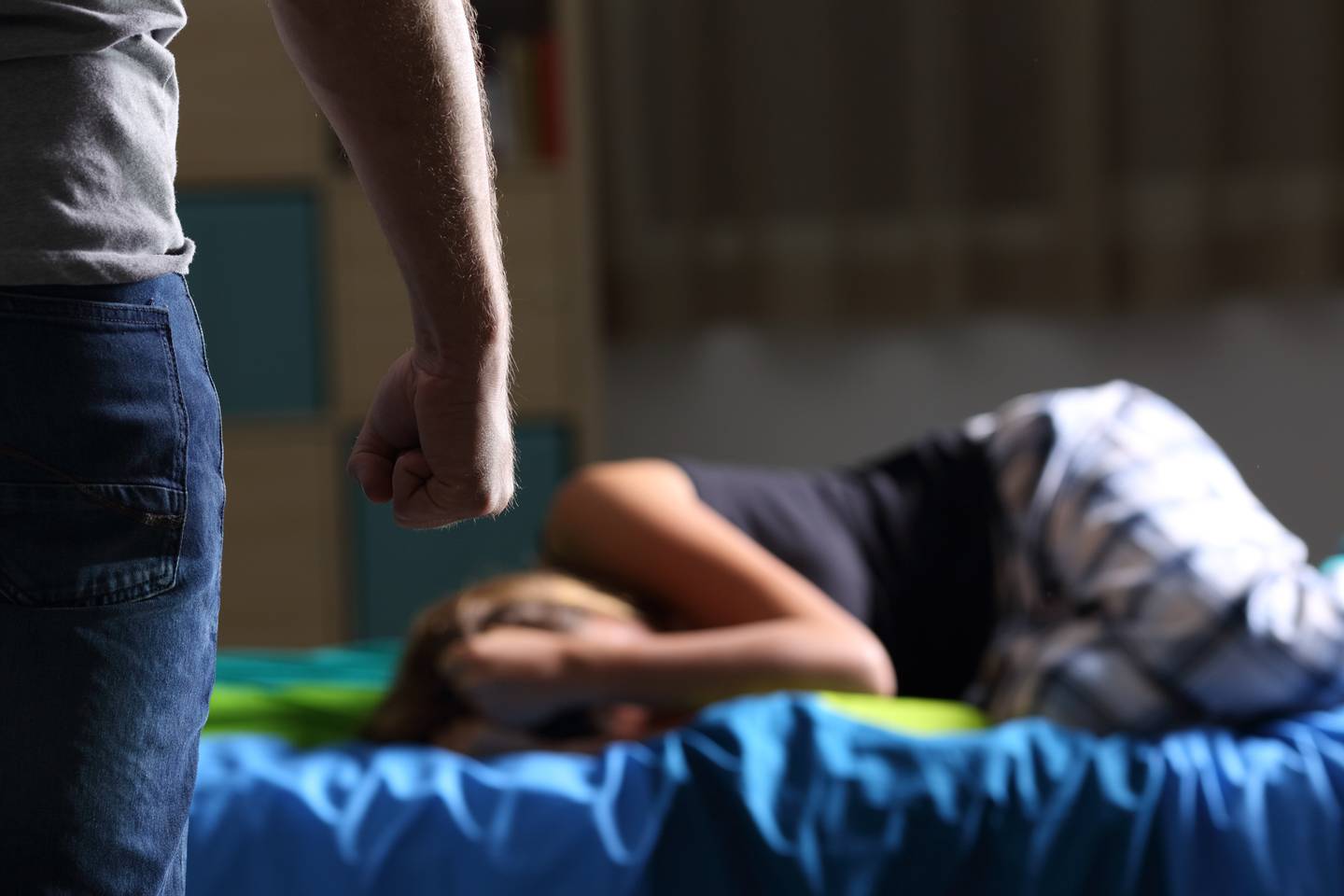 The woman said her partner was not physically violent but was extremely abusive in other ways and she was terrified. Photo / 123RF

Her ex stopped paying rent after police removed him from the house and at first the landlord was understanding but eventually an eviction notice came.

She said due to the lockdown the support available was limited.

"My case worker said I could go to emergency accommodation or shelter and stay there while we figured out the next move - or they could try and put me on a flight back home to New Zealand," she said.

"The accommodation was only short term ... there was only so much they could do for me and because I am not an Australian citizen I wasn't entitled to any benefits.

"So, I said ok, let's do it and they managed to get some funding and booked me and my son flights for really early one morning.

"We left in the dark so no one could see and tell my ex."

The woman and her then-baby arrived in New Zealand and spent two weeks in managed isolation.

"MIQ was the safest I had ever felt," she said.

"As soon as we got there, suddenly I just felt like I could breathe without having to worry about what I was going to do next."

She contacted her ex and told him she and the baby were in New Zealand and explained why she had left.

Later he sent an "angry" email accusing her of "running away" and "abducting" the child.

After two weeks in MIQ the woman went to live with her mother and started her new life.

She and her son thrived and he got to know his maternal grandparents and cousins. The woman called police for help when her partner's mental, emotional, psychological and financial abuse became too much. Photo / 123RF

Her ex-partner's parents and family are also in New Zealand and she said she encouraged them to be part of the boy's life.

And she kept in contact with her ex, offering to video call him on birthdays, Christmas and other special occasions - and kept him in the loop on milestones like the boy's first steps.

Then in September last year she was advised her ex had made an application under the Hague Convention to force the return of his son to Australia.

The convention is an international agreement between a number of countries aiming to make sure that children who are taken or kept overseas are returned as quickly as possible to the country in which they "usually live".

The Hague Convention assumes that the courts in the country where the child usually lives are best able to make decisions about the child.

The woman fought to stay in New Zealand, showing the court the protection order granted by the Australian court, statements from her maternity care worker, GP and a harrowing affidavit from her ex's former partner outlining her claims of similar abuse.

She begged to stay in New Zealand, saying she had no support in Australia and her son, now a toddler, had become attached to her family here and leaving would be emotionally damaging for him.

There is an exception under the convention for when "there is a grave risk" that returning a child would expose them to "physical or psychological harm or otherwise place the child in an intolerable situation".

But that did not extend to mothers fleeing abusive partners and the court did not find that the woman's case met that threshold.

It ordered in favour of the woman's ex and in October this year the Family Court issued an Order for Return of Child and stated the toddler had to go back to Australia "forthwith".

"Under the Hague Convention you have 12 months to file ... he did it eight days before the time was up," she said.
"I thought we were going to be ok, and then it happened ... it's been crazy."

The court cannot force the woman herself to return to Australia. The Kiwi mum had no support in Australia and had been isolated from her friends. She had no money and had no choice but to come home. Photo / 123RF

But if she does not take her son back her ex is entitled to come and take him, or child welfare authorities can be engaged to uplift him and return him.

The woman was not willing to be apart from her child and said she had no choice but to move back to Australia.

She is leaving New Zealand in early January and once she gets settled will then have to navigate the Family Court across the Tasman.

"That's another battle ... I have no idea how long that will take," she said.

"Some cases take three years, other women are never able to leave Australia.

"It's incredibly overwhelming ... so traumatic ... I don't want to relive this over and over again."

The woman wanted to see urgent changes to the Hague Convention to better protect victims of family harm and violence.

She believed it should better protect women in her situation and take the impact domestic violence has on children more seriously.

While her son was never physically in danger, he was "for sure" affected by the stress, fear and anxiety his mother experienced.

Others had appealed their cases and won and were able to remain in New Zealand.

"Basically you have to be beaten so severely you're within an inch of your life for them to consider family harm," she said.

"To be told what happened to me isn't significant enough, it isn't important to the decision ... that's awful.

"I wanted to speak out to create awareness around this, around family harm and to remove the stigma and the shame.

"But also my goal is to come back here and then try and make a change to the law - so that all abuse is recognised not just severe physical abuse.

"That is my main objective, and I am not going to stop."