The family of a man killed in Whangārei on Saturday are seeking comfort in "beautiful memories" as the man accused of causing his death appeared in court for the first time.

Haze Peihopa, 23, was fatally wounded on Bank St shortly before midnight. He was rushed to hospital but died a short time later.

The 20-year-old man charged with Peihoa's murder appeared in the Whangārei District Court on Monday before a crowded public gallery of about 50 people. Many included his family, and many of those wept as he stood in the dock.

The accused man will face life imprisonment if he is found guilty.

Peihopa was originally from Auckland but working as a logger based in Whangārei. His whānau declined to speak to the media. At this stage, they said they wished to keep their "beautiful memories" of Peihopa private.

In the courtroom, the family of the accused man was visibly overcome by grief as he stood before Judge Gene Tomlinson. He was remanded in custody until July 1 when he will appear in the Whangārei High Court. His name and any identifying details were suppressed until that appearance.

The man's tearful mother cried out, "I love you son", while his father offered hand signals punctuated by calls of "son" as officers escorted the man out of the courtroom. Other whānau shouted "kia kaha" and "stay strong". 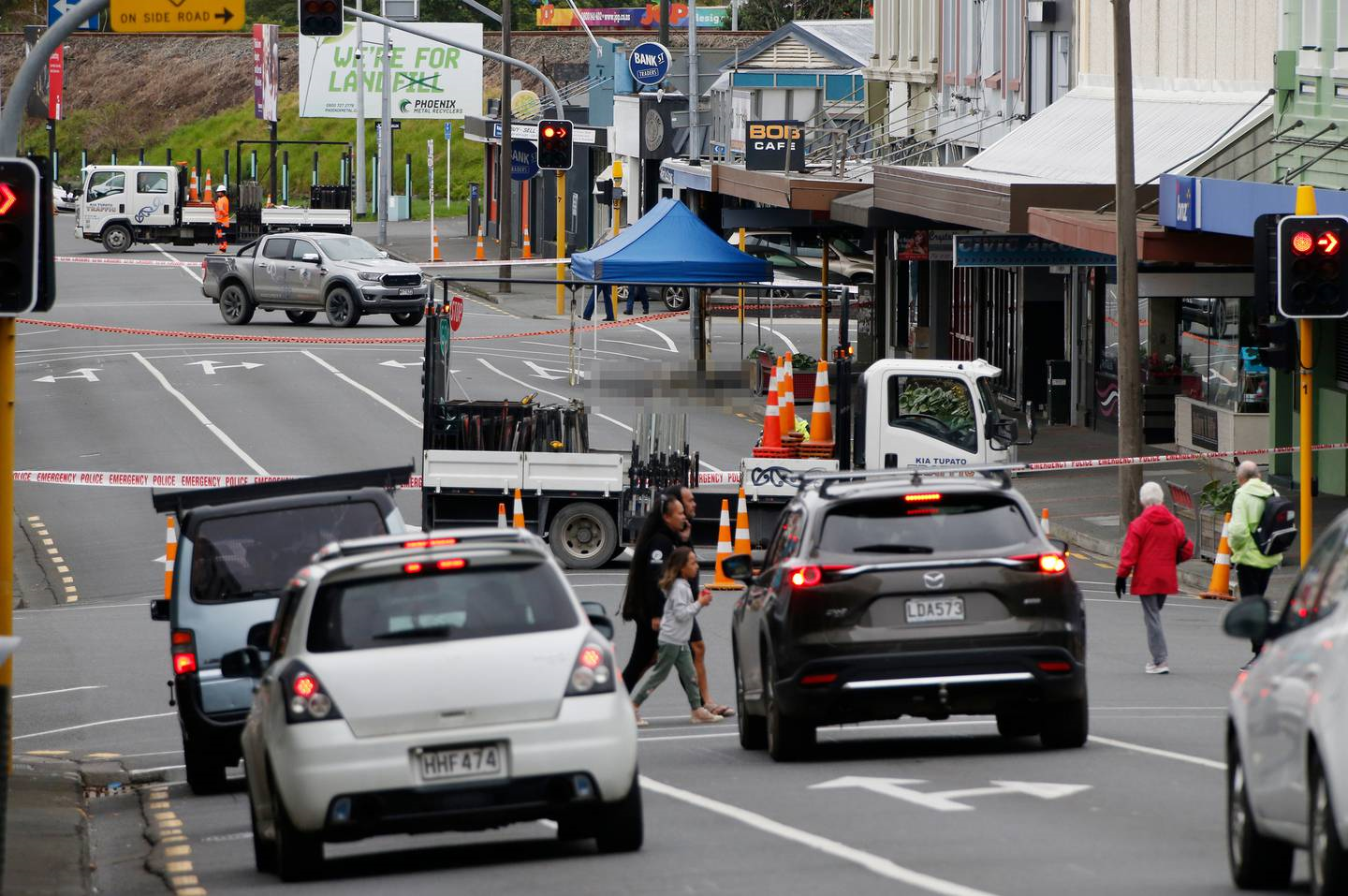 Police cordons were in place in central Whangārei on Sunday as investigators carried out the scene of Saturday's homicide. (Photo / Michael Cunningham)

Police investigating Saturday's homicide are continuing to urge anyone with video footage of the event, or in the moments beforehand, to come forward.

Footage reviewed by investigators clearly showed a number of people on the street and in nearby premises recording the violent encounter.

Police had not ruled out the possibility other individuals may be charged.

"Ideally we want people to come to us with footage so it gives us the chance to speak to them and get more details," he said.

Begbie said they acknowledged it could be difficult for some people to come forward but those people who did would be supported by police.

Anyone with footage or images can provide this information to police via a dedicated portal announced on Sunday.

It can be accessed via https://daphne.nzpolice.org/