The nation's biggest bank has been criticised by the Banking Ombudsman for allowing nearly $10,000 to be drained from an elderly woman's account by alleged fraudsters in the days after her death.

The theft was part of a string of ATM withdrawals and retail purchases that siphoned more than $60,000 from the account, tipping it into overdraft and triggering penalties and fees.

Fairlie's grieving daughter Brenda Tahi told the Herald the fraud investigation had been an "ongoing nightmare" and the bank had been insensitive to the family's grief.

"We felt that we have been unable to grieve for our mother."

The family complained to the Banking Ombudsman, claiming ANZ had failed in its duty of care to their mother.

The bank should have detected 109 unauthorised transactions from Fairlie's account and failed to identify "red flags", such as an unusual pattern of use, the family claimed.

A Banking Ombudsman Scheme's preliminary finding, obtained by the Herald, found ANZ liable to pay the family $9700 that was stolen after Fairlie's death.

However, it concluded that Fairlie had likely breached the terms and conditions of her account by either writing the PIN on her card or disclosing the number to someone, and the bank was therefore not liable for the remaining sum.

"Having considered all available information, we consider it more likely than not that your mother wrote or stored her PIN somewhere, or disclosed to someone, and that this is what enabled the fraud."

In a statement, ANZ said it sympathised with the family and worked to resolve the dispute.

"We've acknowledged our communication with the family could have been better and that access to the accounts should have been stopped once we were notified of Mrs Fairlie's death."

The bank made a confidential "goodwill payment" in recognition of this, which the family accepted, and reversed penalty fees.

Information obtained by the Herald shows alleged thieves began stealing money from Fairlie's account on February 10, 2020, and made the last transaction on October 27 – five days after her death. 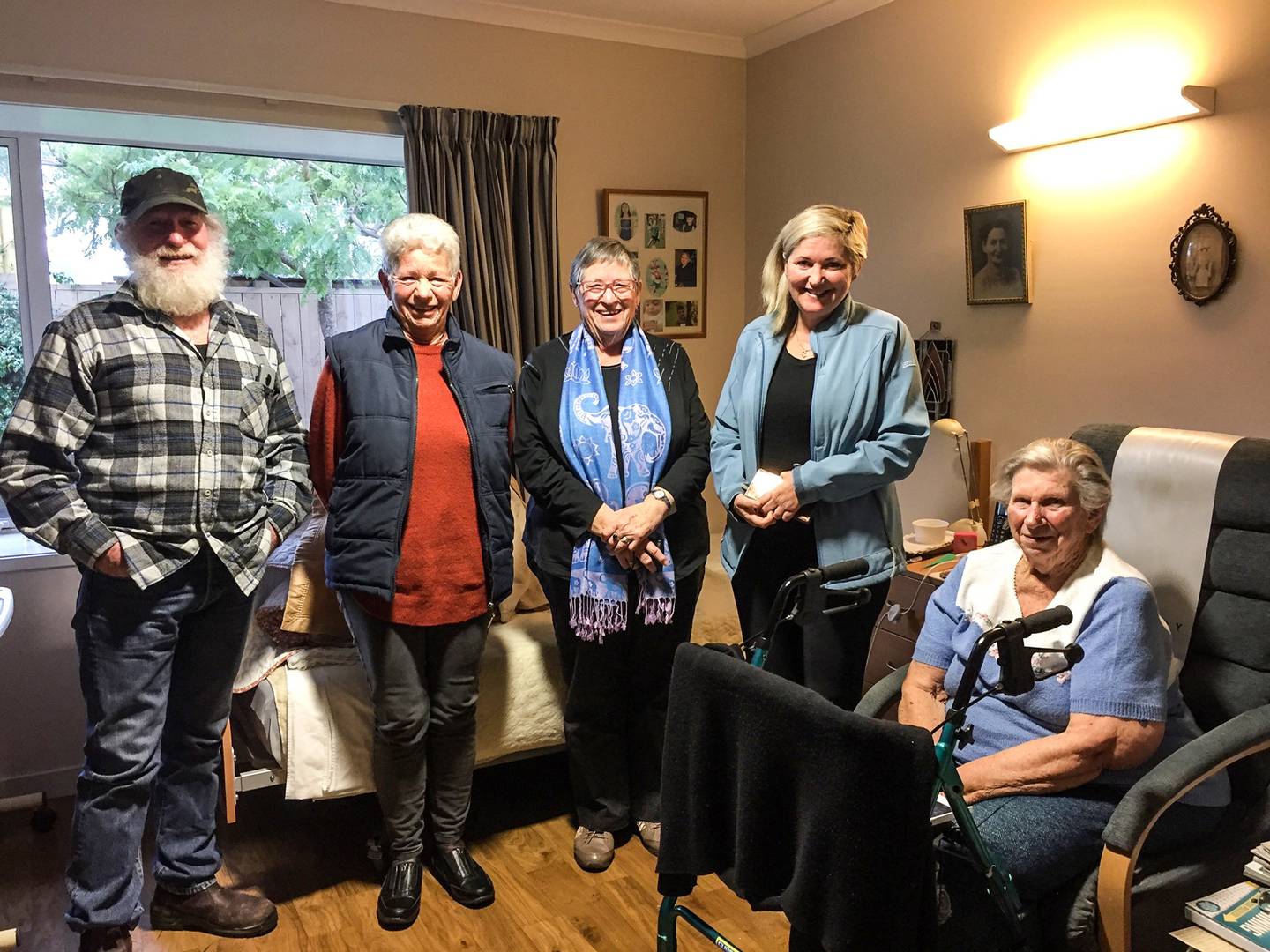 Prior to this, the card had not been used in more than two years.

On October 23, 2020, one of Fairlie's daughters visited an ANZ branch and informed staff that her mother had died the previous day.

Nearly two weeks later, on November 6, the family were contacted by the bank to inform them their mother's account was in overdraft by $2500.

Shocked, they discovered the trail of fraudulent transactions and an investigation was launched by the bank.

Frustrated with the investigation process, the family took matters into their own hands and began investigating the theft themselves.

Tahi, along with two family members, trawled through their mother's transaction records and even visited some of the shops where the card had been used and requested CCTV footage.

The family later complained to the Banking Ombudsman.

The complaint alleged ANZ failed to detect the fraud or recognise unauthorised transactions; allowed transactions to occur after Fairlie's death; did not conduct the fraud investigation properly; and was insensitive to the family's grief.

In response, ANZ claimed the PIN had been written on the card.

It stressed it had active fraud monitoring systems to detect unauthorised transactions but not for Pin-authorised activity.

Investigations showed the Pin was correctly entered on the first attempt during every fraudulent transaction, suggesting the Pin was known by the offenders.

ANZ also stressed it was the customer's responsibility to monitor their transactions and, in this case, Fairlie's power of attorney could have monitored the transaction on her behalf.

ANZ told the Banking Ombudsman it had no record of being notified of Fairlie's death until November 5, 2020, though later accepted being informed the day after she died.

Massey University banking expert Associate Professor Claire Matthews said as soon as the bank knew a customer had died, their account should have been frozen.

"Whatever the date of notification [of death was], absolutely they should have frozen the account."

On monitoring for fraudulent activity, Matthews said: "There is a responsibility on banks to an extent, but fundamentally it comes down to the fact that it is your account and it's how you choose to operate it."

Fairlie's daughters said they were sharing their story to raise awareness of the possibility of bank fraud among elderly people and urged family members to be vigilant.

"It was not so much the money that drove us in our thinking," the daughters said.

"We believed that the bank should be held to account for at least some of its failings, and change should be recommended or wrought in some way so that the aged could get better protection of their money against fraud whilst it is in the care of a bank."

ANZ said ensuring it was a trusted service provider for customers was a high priority, as was following expert guidance from the Banking Ombudsman Scheme.

"We take our duty to support our elderly customers seriously and we are active in the community, working closely with retirement villages and Age Concern on education around fraud and scams."

A police spokesperson said a 26-year-old woman had been convicted in Gisborne District Court on a charge of using a document for pecuniary advantage.

A man had been charged with receiving property and using a document for pecuniary advantage and was due to appear in court next month.