A police officer was punched in the head more than eight times and knocked to the ground during an early-morning attack at an Auckland service station.

Footage on social media revealed the dramatic scene of a man charging a male officer at the Mobil service station on Lincoln Rd in Henderson about 1am on Sunday, before throwing multiple punches - all aimed at the officer's head.

The officer attempts to retreat, but the man strikes the officer repeatedly in the head until he is knocked to the ground near the service station's air pump.

Despite the officer being on his knees, the man continues to punch and kick at his head, until the officer tipped onto his back.

A female officer, also seen in the footage, could be heard repeatedly yelling "stop it" to the man attacking her colleague.

The officers don't return the violence at any point in the footage, but towards the end the male officer is pointing what looks like a taser at the man attacking him.

"One of the occupants of the vehicle assaulted the two officers, fortunately both officers only suffered minor injuries."

An employee at the service station said the man arrived with up to 10 others in a convoy of about five cars about 12.30am.

He said the group entered the service station to purchase food and use the bathroom.

The employee said they appeared to be intoxicated. 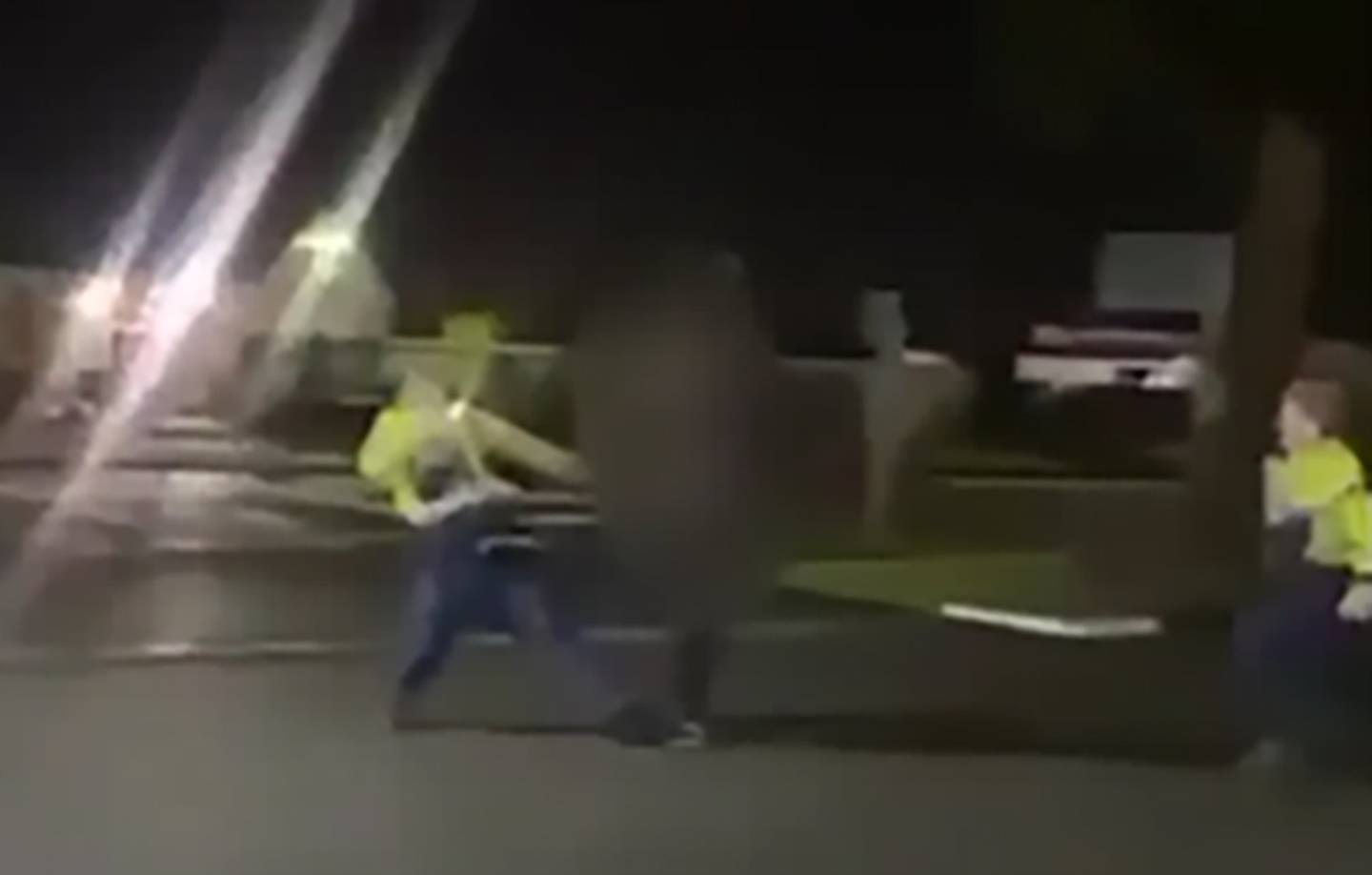 The male police officer was sent toppling over as the man charged at him, fists flying. (Photo / Supplied)

The employee claimed a man then tried to enter the officers' vehicle. Watching from security cameras, the staffer said he saw the male officer try to restrain the man before the attack began.

"I saw that from my camera, he was brutally ... punching [the cop] in his face and the cop was on the ground," he said.

The employee said he'd been told the female officer had also been punched, but that was not clear based on the footage.

A police spokeswoman said the man and another person then fled the scene, but were later located and arrested with the help of the Eagle helicopter.

A 19-year-old is due to appear in Waitākere District Court on Monday, charged with wilful damage, unlawful interference with a motor vehicle and two charges of aggravated assault.

"This type of behaviour will not be tolerated and police will continue to do everything we can to hold offenders like this to account," said the spokesperson.