Police are investigating two further shootings in two Auckland suburbs overnight - which left bullet holes in the windows of both properties.

Authorities confirmed officers headed to an address on Vina Place in Massey after they received reports of a gunshot being heard.

No injuries had been reported but photos taken at the scene appear to show bullet holes in the window and side of the house.

A witness at the scene told the Herald police had blocked public access to Vina Pl about 9pm and were inspecting the area. 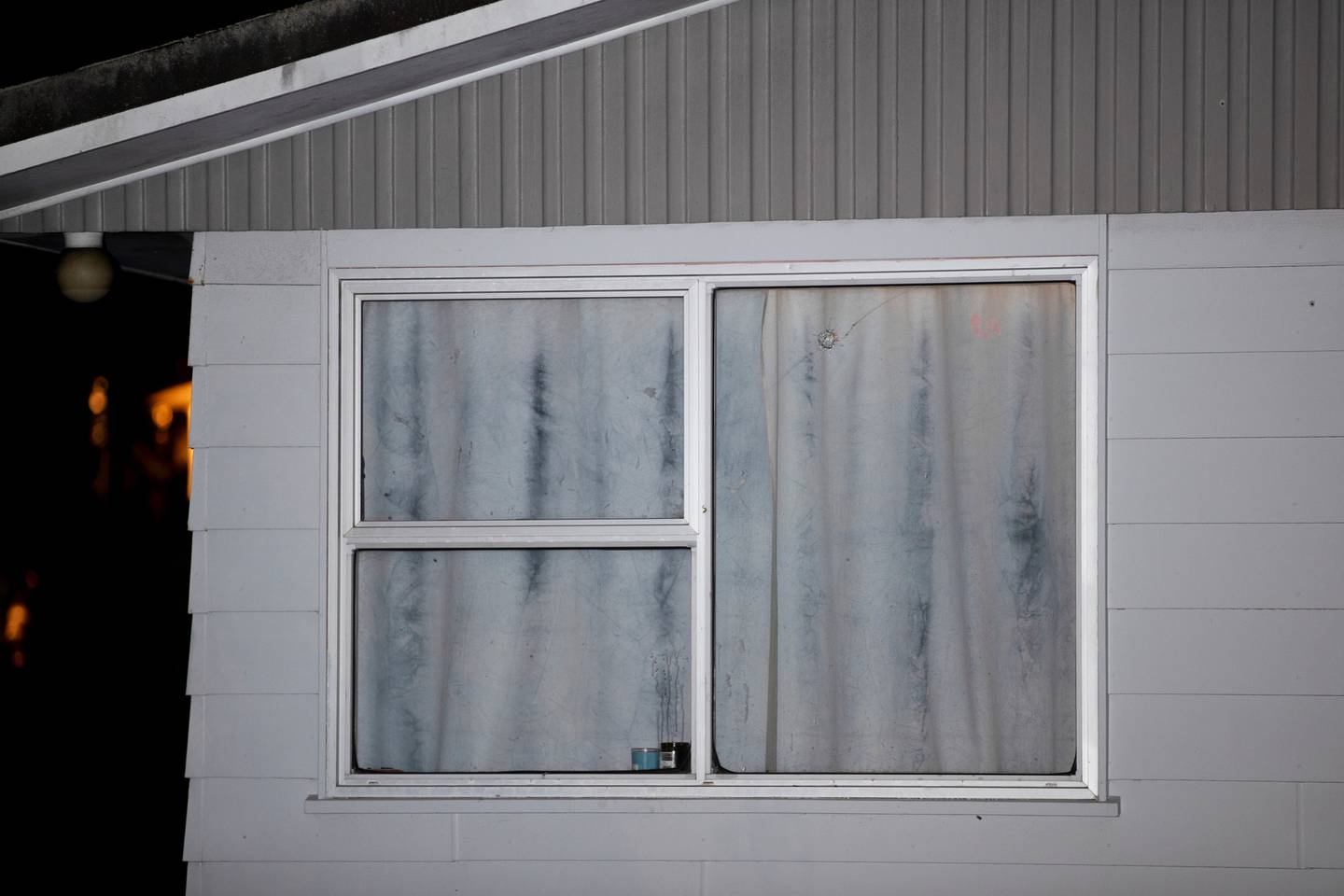 There are signs shots were fired at a Vina Pl home tonight. Photo / Hayden Woodward

Police later confirmed someone had reported hearing gunshots on Bleakhouse Rd in Mellons Bay, north of Howick, just before 9pm.

Initial assessment of the scene indicated a shot or shots had been fired. Officers had attended and remained in the area.

A witness told the Herald at least four bullet holes could be seen through one window of the house. Bullet holes can be seen in a window at a house in Mellons Bay. Photo / Hayden Woodward Detective Inspector Warrick Adkin, of Counties Manukau Police, said this morning that they had reports that a firearm had been discharged in the direction of a residential property.

"Inquiries are ongoing to establish the circumstances of what has occurred, including a review of available CCTV footage," he said.

It was not immediately clear whether the incident was related to the recent spate of shootings linked to tensions between the Killer Beez and Tribesmen gangs.

Across Tuesday night and Wednesday morning, seven shootings occurred across the city - four in the space of an hour.

Four took place in South Auckland, while three were in West Auckland.

Five of the properties targeted in shootings overnight have in the past had links to gangs, but two of the addresses had no links currently to gangs. 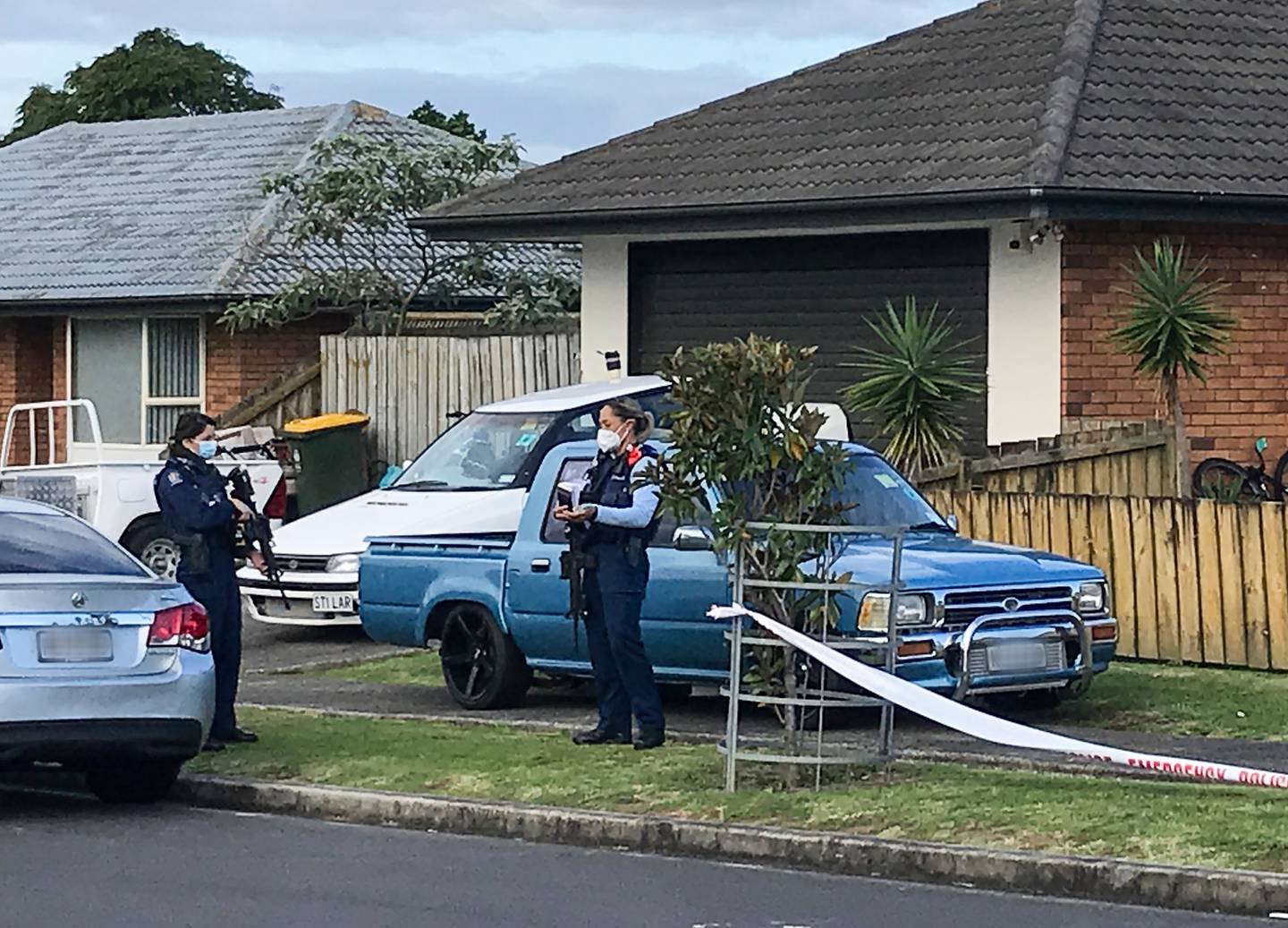 Armed police outside a house in Glen Osborne Terrace, Flat Bush after a drive by shooting overnight. Photo / Tom Dillane

Police superintendent Jill Rogers confirmed there had been 12 firearms offences across the city since Sunday.

No arrests have been made after seven shootings beginning on Tuesday evening. Rogers also confirmed that a district-wide order was made last night for all officers in Auckland to be armed. The order has since ended.

Rogers believed that a number of the weapons used were high-powered rifles, which carry an "enormous" risk to the community.

"These are family homes with children."

Auckland investigators were working with officers in Northland to determine if there were links between incidents in the two areas.

In the coming days, communities of the areas impacted would notice a high police presence.