A person who was involved in mocking, taunting and throwing food at a homeless man during a vile interaction has come out apologising, sort of, for his actions.

Last week, a video showed the disturbing moment a group of young people targeted a homeless person sitting in a bus stop.

Two separate young men approach the person and throw food and rubbish at him.

A caption attached to the video suggests the group found their actions funny, saying: "HAHAHAHAHA I'm f***ing weeing myself."

Now, one of the people involved has come out on social media to apologise for their actions. 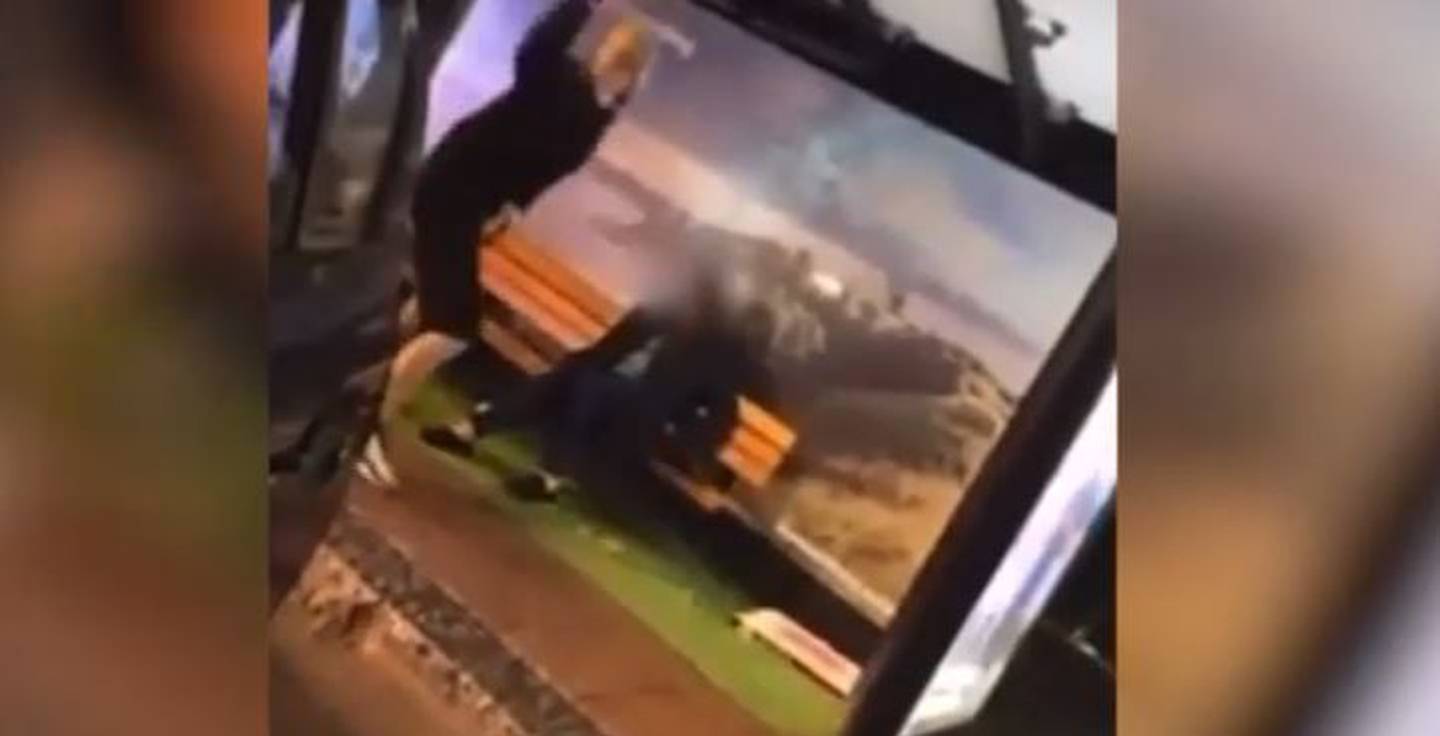 The group is seen harassing the homeless person as they sit in a bus stop.

The person blamed his actions on his alleged drunken state before hitting out at those who called him privileged.

"Just want to out it out there that I know what I did was completely f***ed up and I regret it so much.

"[I] wish I could take it back but I simply can't. I'm actually not the privileged c*** of a person I am being made out to be. Yes I made a stupid heartless mistake when I was drunk."

The person, who admitted to being one of the two people who threw rubbish and food at the homeless man, then went on to claim he's previously helped homeless people by volunteering at a soup kitchen.

"I have been homeless as well and not the privileged c*** I'm being played out to be it was simple a stupid drunken mistake and I am truly paying for what I've done.

"I am not making excuses I just wanted to apologise and show everyone I'm not just laughing about this I truly hate myself and wish I could take it back." 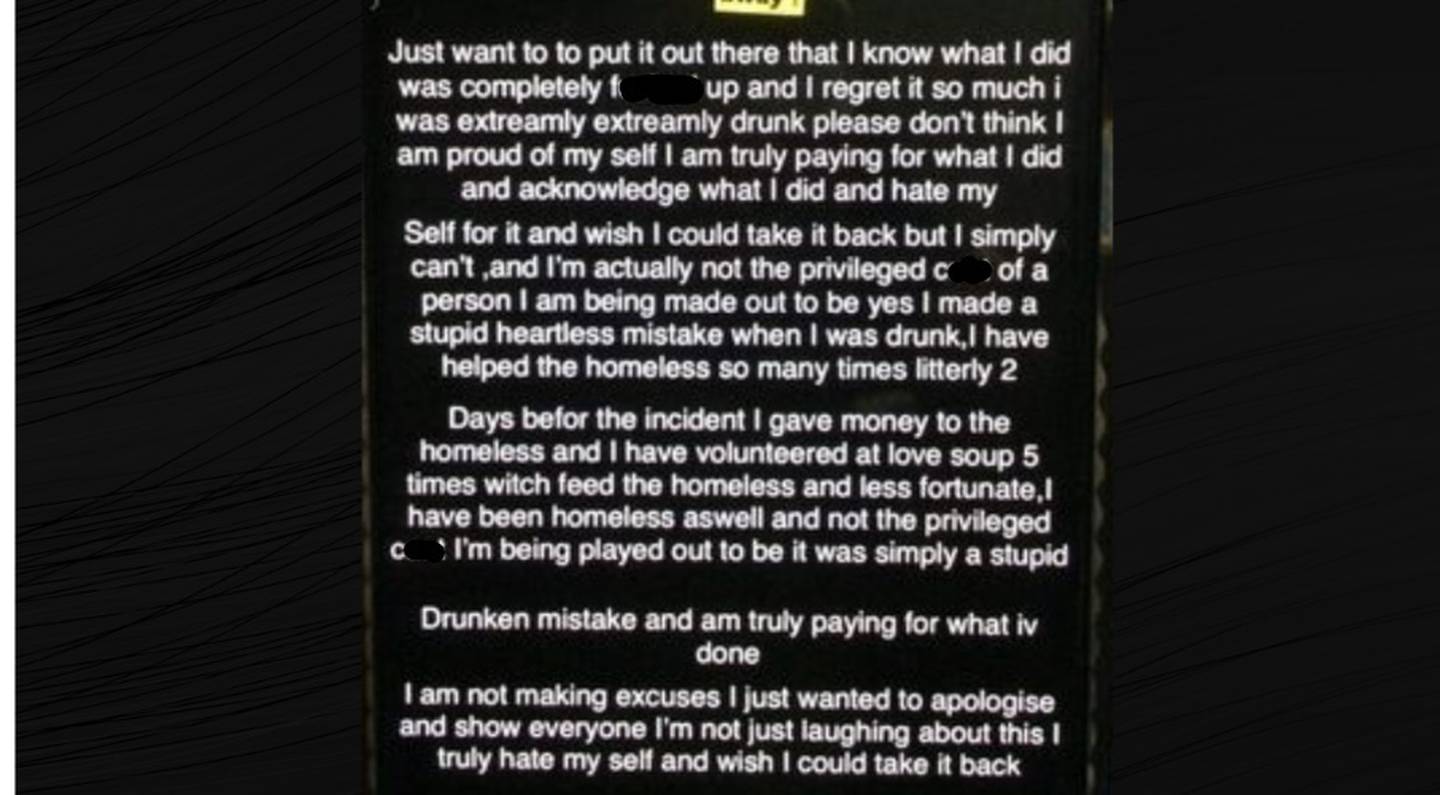 One of the culprits apologised online for his actions.

The person's apology also came with a sidenote that said: "I was not the one that went half a foot away."

The video was sent to the Herald with the online usernames of those believed to have taken part, and those individuals have been named online and their profiles hit with messages calling them out.

It also included a screenshot of a purported conversation with one of the alleged attackers, who said he was "feeding the homeless".

Their actions were described online as "disgusting", with one person writing: "You guys are so disgusting. Clearly feel like s*** yourselves so you have to go and make people without literal homes feel worse. The worst kind of people, f***ing foul."

Police told the Herald that they were not immediately aware of the incident being reported to them.

The homeless community of Auckland's CBD is among the most visible parts of Aotearoa's growing homeless population.

The everyday struggles faced by those on the streets lead to dramatically reduced life spans.

Homeless New Zealanders are dying 30 years younger than those with a roof over their heads, a 2020 study found.

"Homeless people are dying because healthcare is so out of reach," Debbie Munroe, a volunteer at Waka of Caring told the Herald at the time.

The NZMJ study found that the average age for a homeless New Zealander to die was 45 years. Of the 70 suicides, it was younger at 38 years.

Researchers of the study examined coroners' reports of 171 deaths of New Zealanders with "no fixed abode" when they died during 2008 to 2019.