Armed officers have arrested a gang associate who fled from police before being caught in a raid on a West Auckland home last night.

The 28-year-old associate of the Headhunters gang initially fled from officers in a car in Glen Eden at about 7pm yesterday, police said.

The car was then tracked by the police Eagle helicopter to a home in Massey.

A witness told the Herald that several police cars then swooped on the area, surrounding the home and closing off nearby roads. 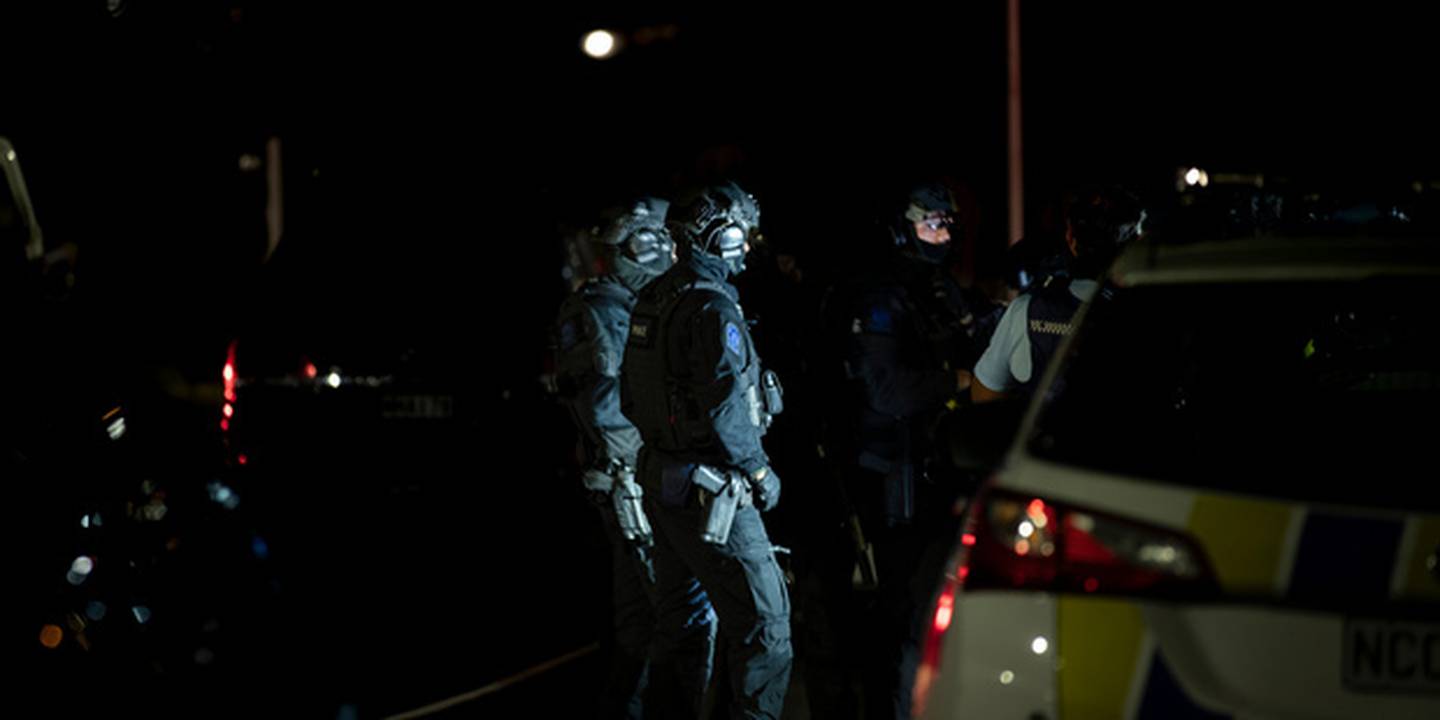 Police said the armed offenders squad were at the scene "as a precaution". Photo / Hayden Woodward

Residents reported on social media hearing loud bangs at about 9pm, with police saying the armed offenders squad was at the scene "as a precaution".

The man was taken into custody just before 10.30pm and has now been charged with reckless driving, failing to stop and driving while disqualified, police said.

"The man, who is an associate of the Headhunters Motorcycle Gang, is due to appear in the Auckland District Court today," a police spokesman said.