Dozens of bikers took over the streets of Auckland on New Year's Eve, executing extremely dangerous manoeuvres and even damaging a police patrol car.

The stunts were considered so dangerous the police chose not to intervene.

"We have already received a number of complaints regarding the extremely dangerous driving behaviour being carried out by some of the riders," said Acting Inspector Terry Lee. The spokesman said that with a group this size it was not practical for police to intervene as it would cause significant risk to other road users and police staff.

Police said they were now making enquiries of the dirt bikers who left Otara this morning and were driving around the city. The group have now dispersed.

Lee said police were aware in advance of the ride and had a number of staff monitoring the situation.

"Our community can be assured that we will be following up on these matters and holding people to account for their dangerous driving," he said. 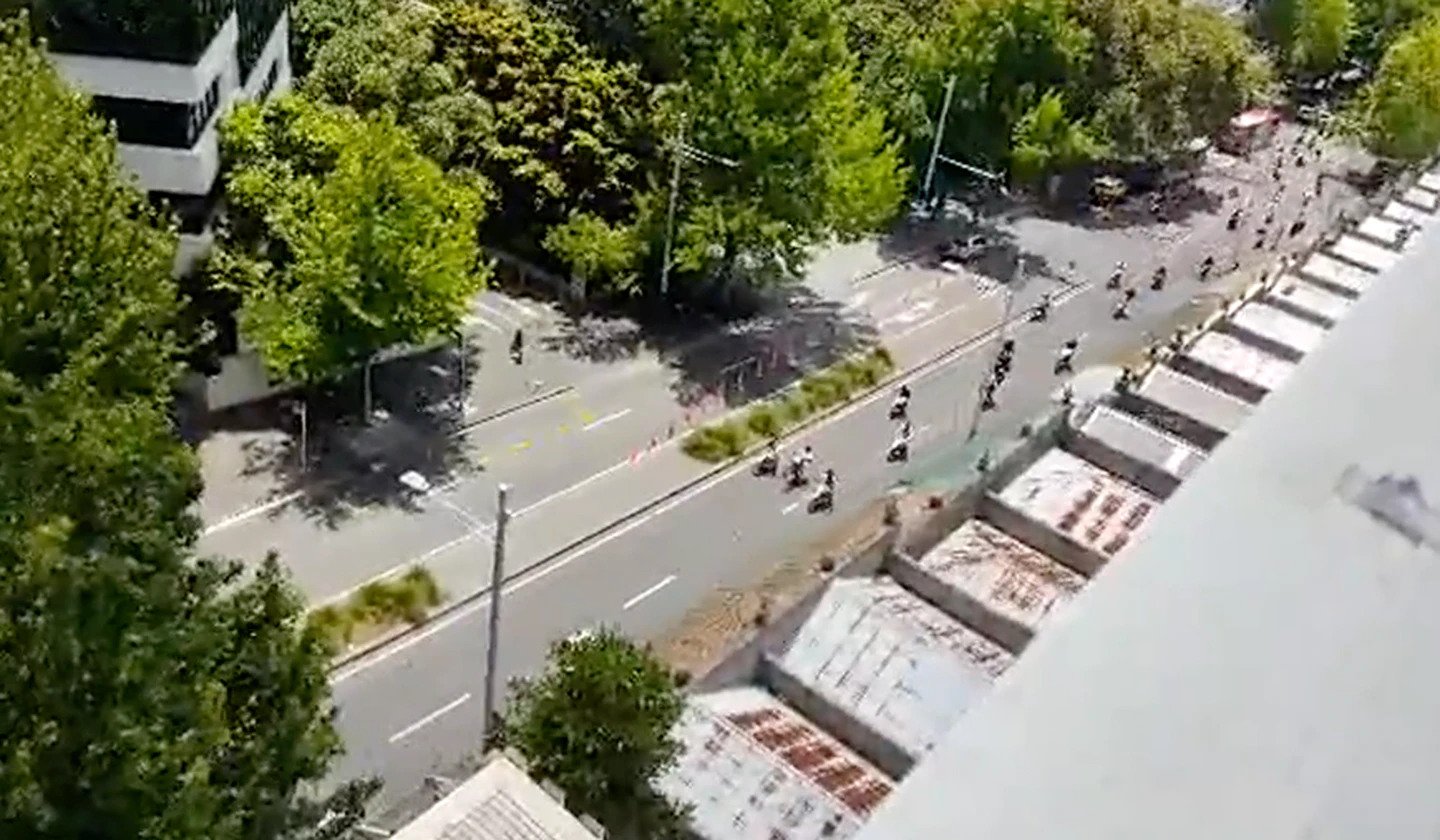 A group of motorcyclists take over Queen St in Auckland's CBD. Photo / Supplied

Witness Connie Miller, who has written an email to police, said the bikers also rode their bikes along Tamaki Drive and had blocked the roads early this afternoon.

"Many riders appeared to be under the legal age to even hold a motorbike license and most weren't wearing helmets," she said.

Miller said many of the bikes looked to be "not warrantable" and "failed to meet any registerable standards".

"They rode on both sides of the road, performed wheelies, spun their back wheels and blocked oncoming traffic," she said.

"The bikers were so proud of themselves that they even had riders stop in the middle of the pedestrian crossing to film their antics.

"To my absolute disgust a police car followed them as an escort."