A motorist who pulled over and was attacked after being swarmed by a gang of bikies on State Highway 1 remains in a critical condition today - as a gang expert says a number of factors contribute to their public displays of violence.

Canterbury University gang expert Jarrod Gilbert told Newstalk ZB's Mike Hosking that the gang scene had been growing since 2011 and there was an increase in younger members looking to make their reputation.

On Friday a horrific attack unfolded on State Highway 1's Waikato Expressway as a convoy of gang members on motorcycles rode erratically on both sides of the road before a man was badly assaulted and left with critical injuries.

Gilbert said a large group often behaved in ways that people might not do so individually.

Police are now investigating the incident.

He said there needed to be a strong police response to incidents like the one on the Waikato Expressway to make sure those responsible were brought to justice.

"More than that you should be targeting quite firmly those chapters and groups that are involved to send a pretty clear message that if you're going to behave like that there are going to be consequences."

He said this approach would also send a message to other groups.

Gilbert said there may have been an increase in violence in recent years but generally since the early 1990s, gang violence had been down.

He said another big issue was the methamphetamine trade. "New Zealand, for a variety of unusual reasons because we're a bit of an outlier in the world, is obsessed with methamphetamine," he said.

A motorist who witnessed part of a horrific attack on the Waikato Expressway on Friday where gang members drove erratically on both sides of the road before a man was badly assaulted said the incident was "petrifying".

A man was critically injured on the Waikato Expressway after reportedly being dragged from his vehicle and attacked in an incident involving a convoy of gang members on motorbikes.

One motorist said she encountered the convoy – wearing patches bearing the Tribesmen markings – twice on Friday.

She saw them in the morning and they were riding in a group but there was no issue.

Then she encountered them again on her return trip and said they were "very different".

"Something had definitely changed," she said.

"They were very aggressive... they were definitely quite wild."

The woman said when she saw the group the second time, she started to film them as she drove – she had "a feeling" something was not right.

However, she dropped the phone in a panic when one gang member tapped on her window and indicated he had seen her recording.

"It gave me such a fright," she said.

She said the fracas began just after a red ute "came flying past".

The gang members seemed to be in pursuit and trying to get to the ute from all angles.

The woman said traffic came to a complete standstill as the gang surrounded the ute.

She could not see what was happening but when traffic started moving about five minutes later, she saw the aftermath.

"There was a gentleman on the ground, his face covered in blood... he was lying on his back and his shirt was off and his pants were half down," she recalled.

"I thought he had passed away, he looked lifeless... it was terrible.

"There were two gang members standing over him – like they were trying to see if they'd finished him off.

"I was petrified, it was terrifying." 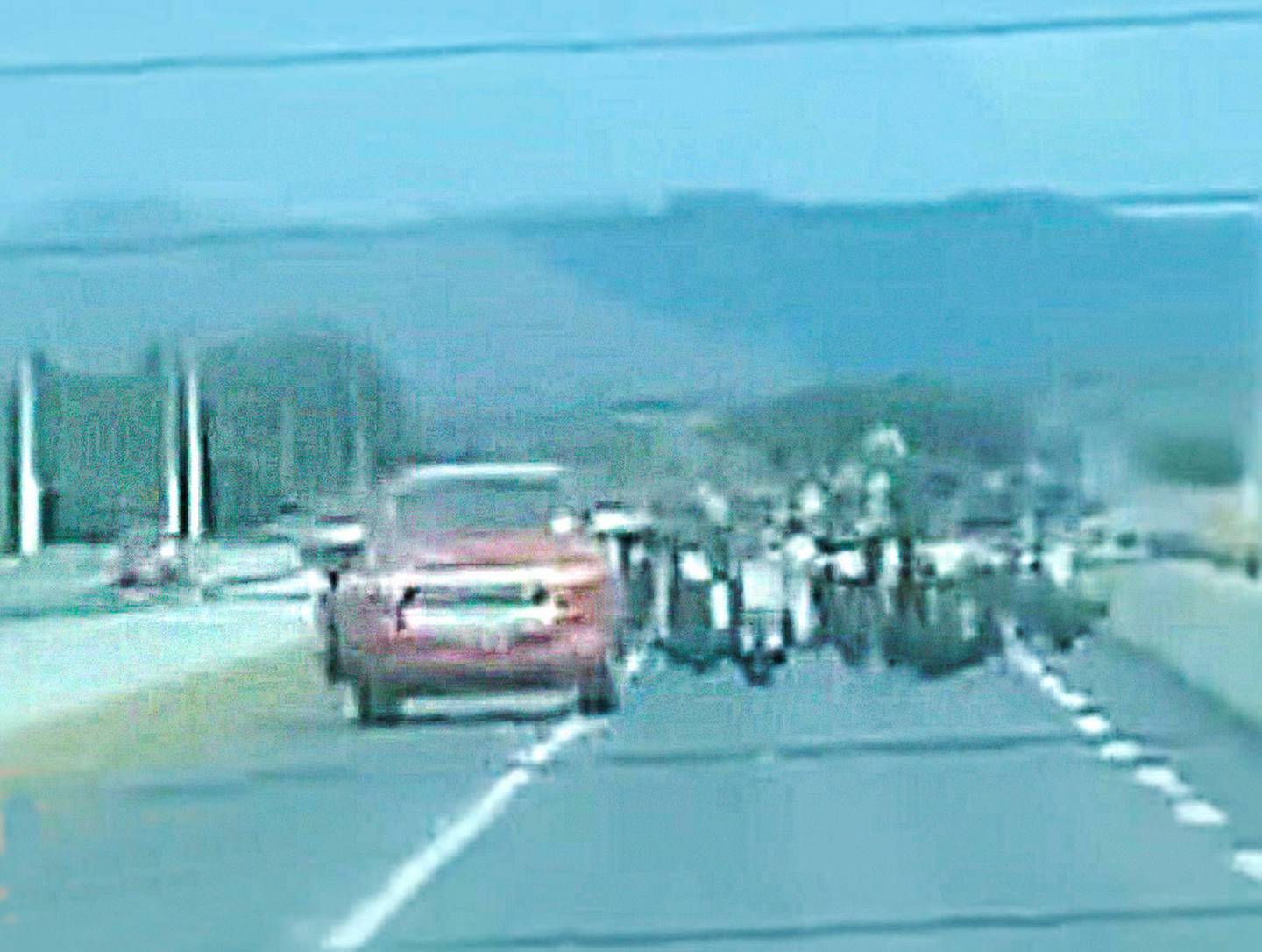 Witness footage has revealed Tribesmen gang members driving recklessly on the Waikato Expressway before a violent assault on a man. Photo / Supplied

The woman said she had earlier spotted people on an overbridge "signalling" to the riders.

She wondered if the attack was "a hit" on "someone who had done something wrong".

"I thought maybe it was his time to go, that's what it looked like," she said.

"I can't get the image out of my head... it was horrible, really horrible."

A source said one of the riders was clipped by the ute – and when the vehicle's occupants stopped to check on the rider they were attacked.

It is understood the Tribesmen were returning to Auckland from Taupō where they had been meeting with other members from across the country.

The eyewitness said it hadn't looked like the ute intentionally cut off the riders, but had rather been trying to let them pass.

Another eyewitness told the Herald that they also saw the ute driving north on the expressway towards Auckland trailed by what looked like gang members. 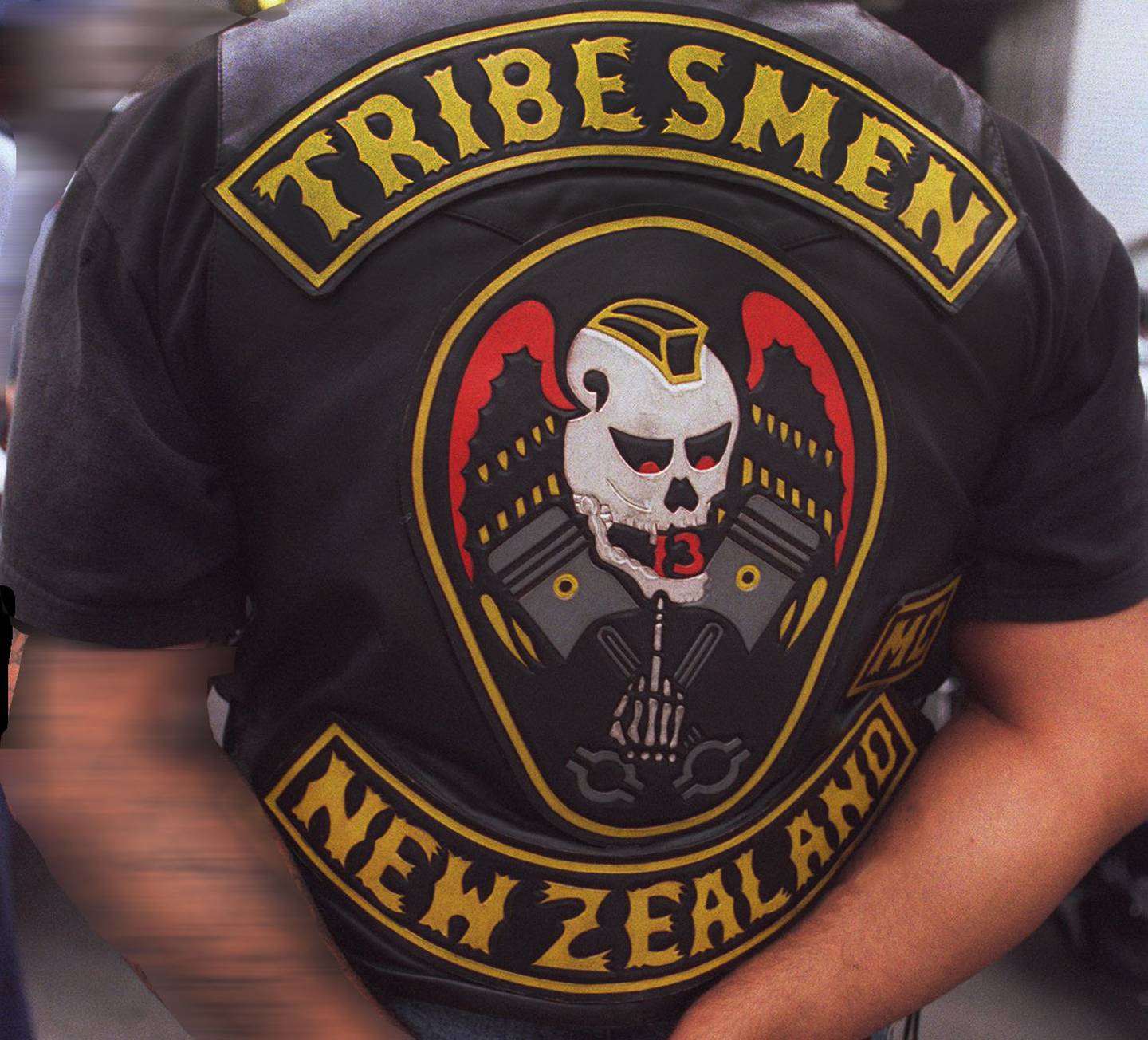 "I saw a [ute] and probably 60 or 70 motorbikes behind them; it looked like they were on a patrol," the witness said.

"I think the [ute] tried to pull over and he ran one of the head followers into the grass inside the motorway.

"Then he pulled over and opened up his door, and I saw three or four of the front people get off their motorbikes and walk over to the ute."

Police are appealing to anyone who witnessed this incident or anyone who might have dashcam footage to contact them.