The Acting Chief Censor has put a temporary ban on New Zealanders sharing the racist manifesto of a teenager arrested over a mass shooting in New York.

Rupert Ablett-Hampson said there are distressing similarities to the March 15 mosque attack in Christchurch in which 51 people were killed, with the suspected killer also publishing an online manifesto.

"The killer says in his document that he was inspired by the March 15 mosque killer.

"It has become a trend for terrorists, in particular white supremacist killers, to issue these kinds of publications to encourage others to follow their lead."

Payton Gendron, 18, has been charged with first-degree murder after 10 people were killed in the shooting at a grocery story in Buffalo, New York. Most victims were black.

Ablett-Hampson said it was important the public was made aware this material was likely to be objectionable under New Zealand law. Shooter Payton Gendron talks with his attorney during his arraignment in a Buffalo City court. Photo / AP

He has made an interim decision to effectively ban it, using a power introduced after the March 15, 2019, shootings, with a final decision to follow.

"There is widespread coverage of this mass shooting and the fact that the killer produced publications and we urge New Zealanders not to seek these out," he said in a statement this afternoon.

"This decision means it is an offence to possess or distribute these publications. People who have downloaded this document, or printed it, should destroy any copies.

"We understand most people in Aotearoa reading such publications would not be supportive of these hateful messages but these kind of publications are not intended for most people. We have seen how they can impact individuals who are on the pathway to violence." 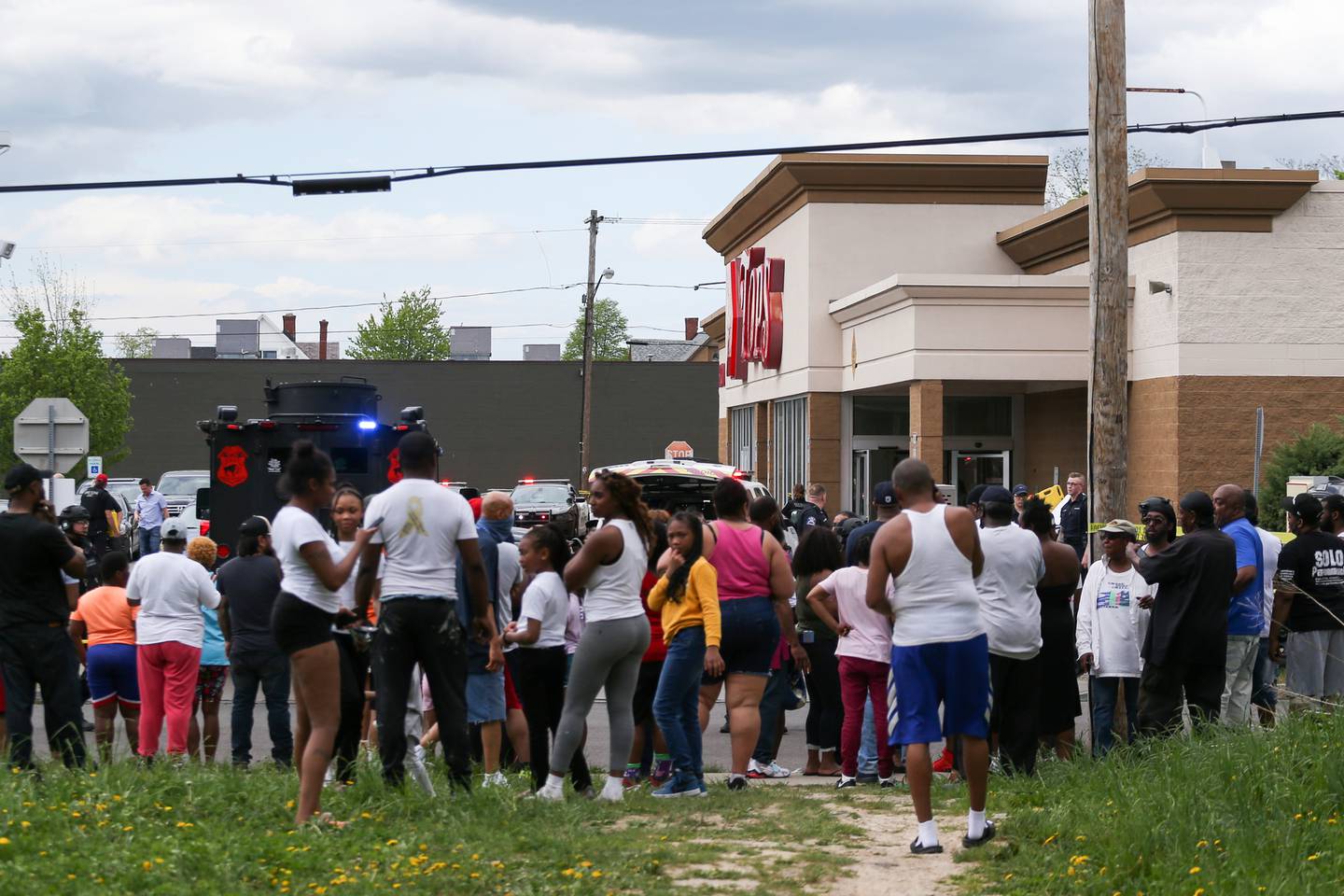 A crowd gathers as police investigate after multiple people were shot at the Tops Friendly Market in New York. Photo / AP

Meanwhile, Internal Affairs is considering whether to refer material from a livestream of the shootings to the censor's office for classification. The New York shooting was reportedly live-streamed online.

"We will promptly classify any further publications the Department send us as a result of their investigations," said Ablett-Hampson.