Two people are in hospital - one with serious injuries - after reportedly being attacked at a house in West Auckland overnight.

Police and emergency staff were called to a property on Evans Rd, Glen Eden, about 2am after reports that two people had gone into a house and allegedly assaulted those inside.

Detective Senior Sergeant Nadene Richmond, of Waitematā CIB, said they then stole a vehicle from the victims' house and drove away from the scene.

Police were then called to Coburg St, in Henderson, where they subsequently arrested the pair.

"While the investigation is in its early stages, the parties involved are known to each other and this is not being treated as a random incident," Richmond said.

Scene examinations are taking place at both properties and locals are being told to expect ongoing police presence in both areas.

A witness at the scene in Henderson told the Herald armed police officers could be seen blocking off a road in the area of Henderson Valley.

At least two people were later spotted being taken away by police.

A red car was also taken away by a tow truck shortly before 6am.

This latest incident comes two days after police and emergency services rushed to Virgo Place, Glen Eden, after neighbours reported a disorder on the street that afternoon. 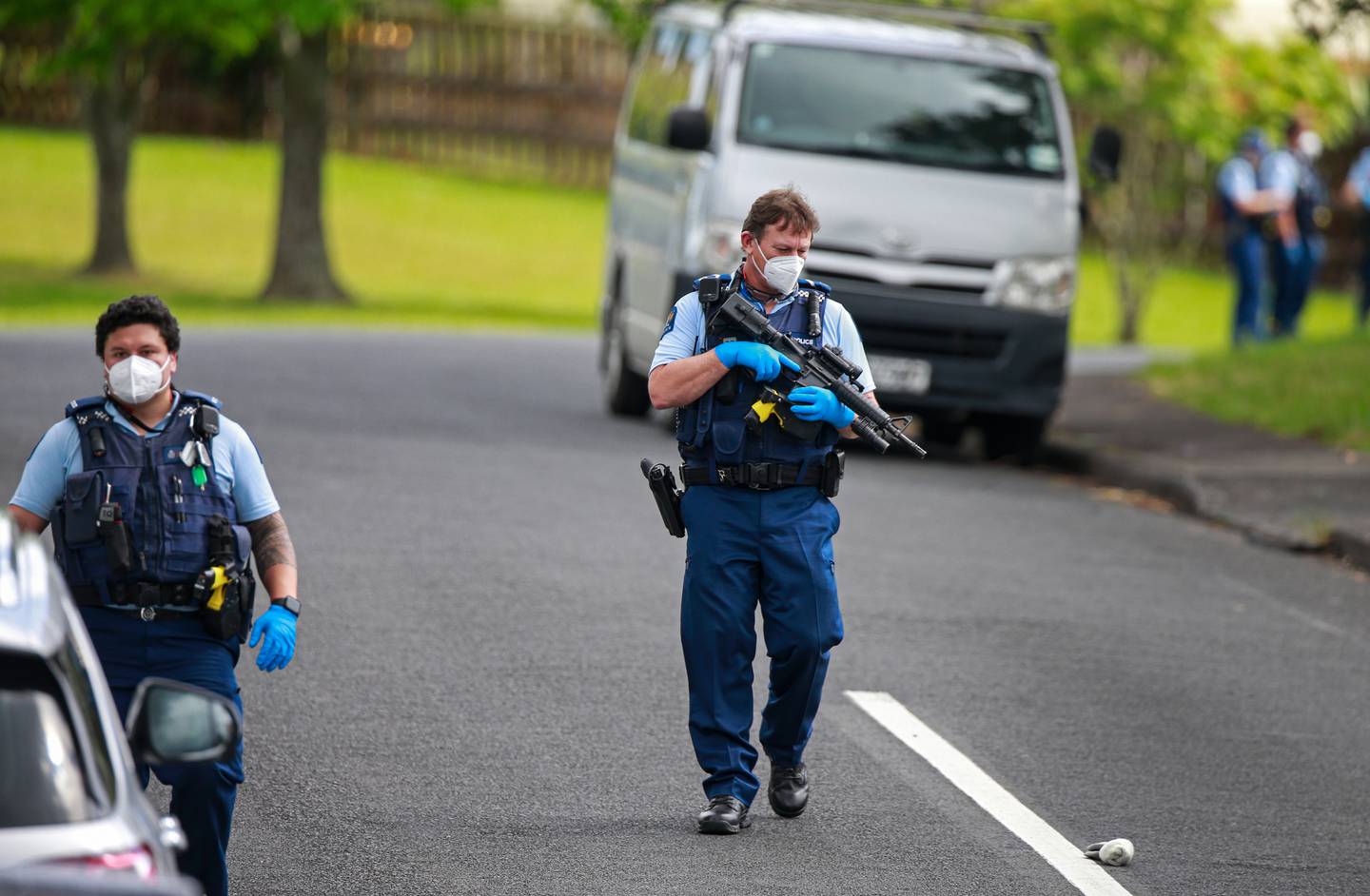 A man suffering serious injuries later arrived at Waitakere Hospital and was transferred to Auckland City Hospital in a critical condition.

Police said yesterday the victim remained in a critical state.

Five members of motorcycle gang, the Comancheros, were arrested yesterday and charged with wounding with intent to cause grievous bodily harm.

Those arrested are aged between 18 and 24.