Two assailants burst into a Mt Roskill house last night and shot dead a young man and attacked two others with a machete.

The victim and other household members are linked to the HBK gang, the Herald has been told.

A manhunt is under way for two men who fled the scene following the attack, as forensic experts scour the Glass Rd property today for evidence.

Detective Inspector Scott Beard told media this afternoon it was too early to say if the attack was gang-related.

"That's part of our investigation. We've heard that but we have no evidence."

Beard said it was not a random attack: "They seem to have known each other."

"We want to reassure the community that this appears to be an isolated incident and a targeted attack by these offenders.

"The investigation is still in its very early stages and we are still working to establish the full circumstances surrounding this attack and our priority is to identify these offenders as soon as we can."

A 23-year-old man was shot dead, Beard said. Two others were injured.

Broad said he couldn't confirm or deny a link to HBK gang. He believed the HBK street gang had been around the Avondale and Mt Roskill areas for some time.

He said police were "doing an area canvas. But there's nobody who appears to have witnessed it."

Police staff were "very aware" of the level of gun violence in Auckland, he said.

"We are taking it seriously."

There had been a number of arrests over recent gun incidents.

"We have to assume the men are armed. But we don't know."

He said there was no suggestion anything was taken from the property but it was still early in the investigation.

A significant police presence remained at the scene as the homicide investigation continues, police said in a statement.

"The man, aged 23, died as a result of a gunshot wound injury after two armed offenders are reported to have entered the address shortly before 9.30 last night.

"Four occupants were inside the address at the time.

"An altercation has taken place between the offenders and the occupants inside the address.

"It is during this altercation that the victim has been shot.

"Two other people at the address, a male in his 30s and a male in his 50s, received significant injuries to their arms believed to have been caused by the machete.

"Both males remain in hospital in a stable condition."

Police said a fourth person at the address was uninjured and assisting police with inquiries.

The offenders fled and police are "working to identify them as quickly as possible".

A scene examination is being carried out today and police will remain at the address this evening.

A post-mortem is expected to take place tomorrow.

"Neighbours have been spoken to by police and the investigation team has been
carrying out area enquiries to determine if any local residents saw or heard
anything that may assist our investigation.

"A visible police presence will remain in the Mt Roskill area over the coming
days as police continue these enquiries.

A source told the Herald there were no obvious suspects at this stage but the victim and other household members were linked to the HBK gang.

Police said this morning they had opened a homicide enquiry and were hunting for two people. 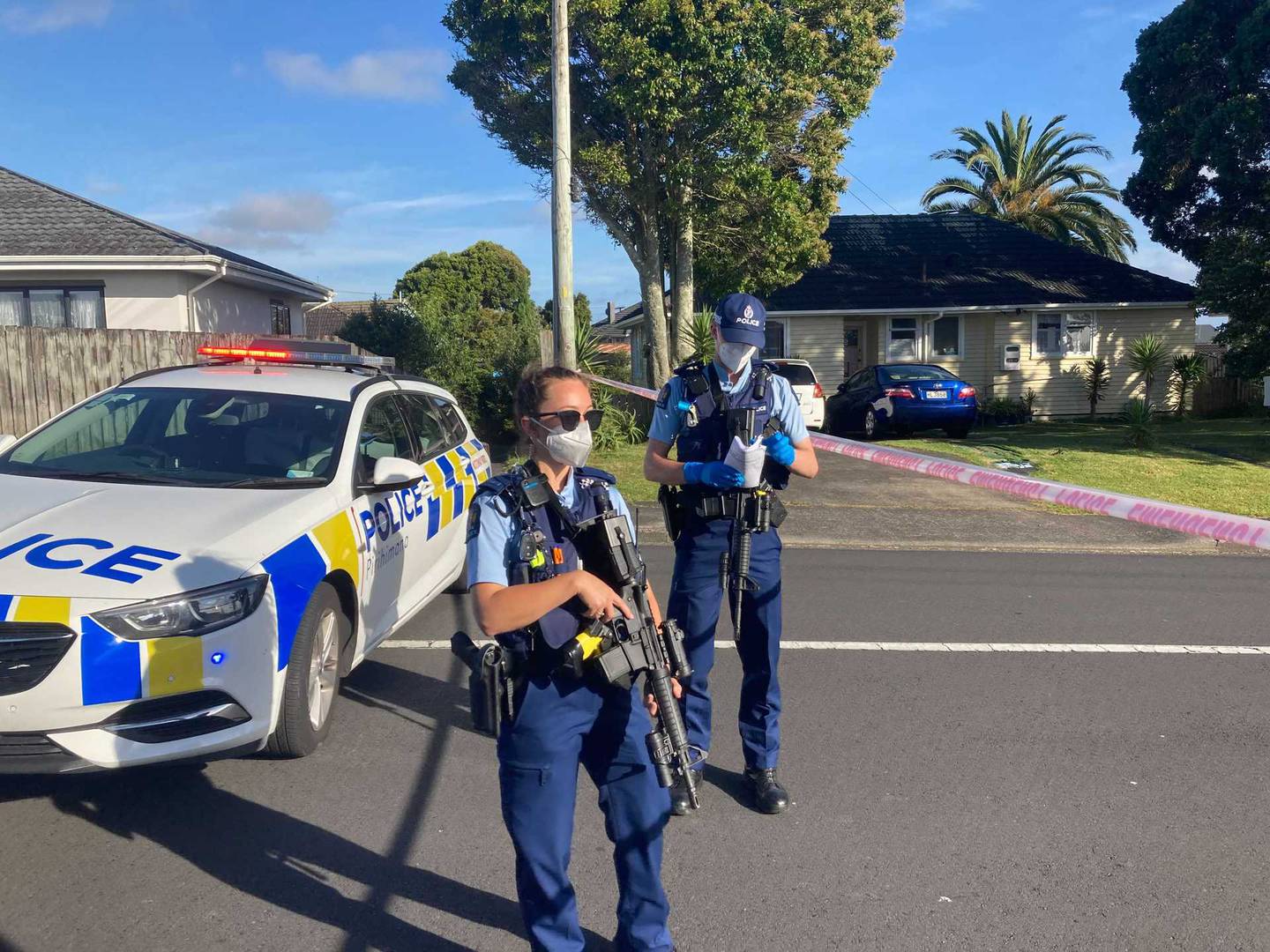 Armed police are guarding the scene on Glass Rd in Mt Roskill after a man was shot dead at a property last night. Photo / Emma Russell 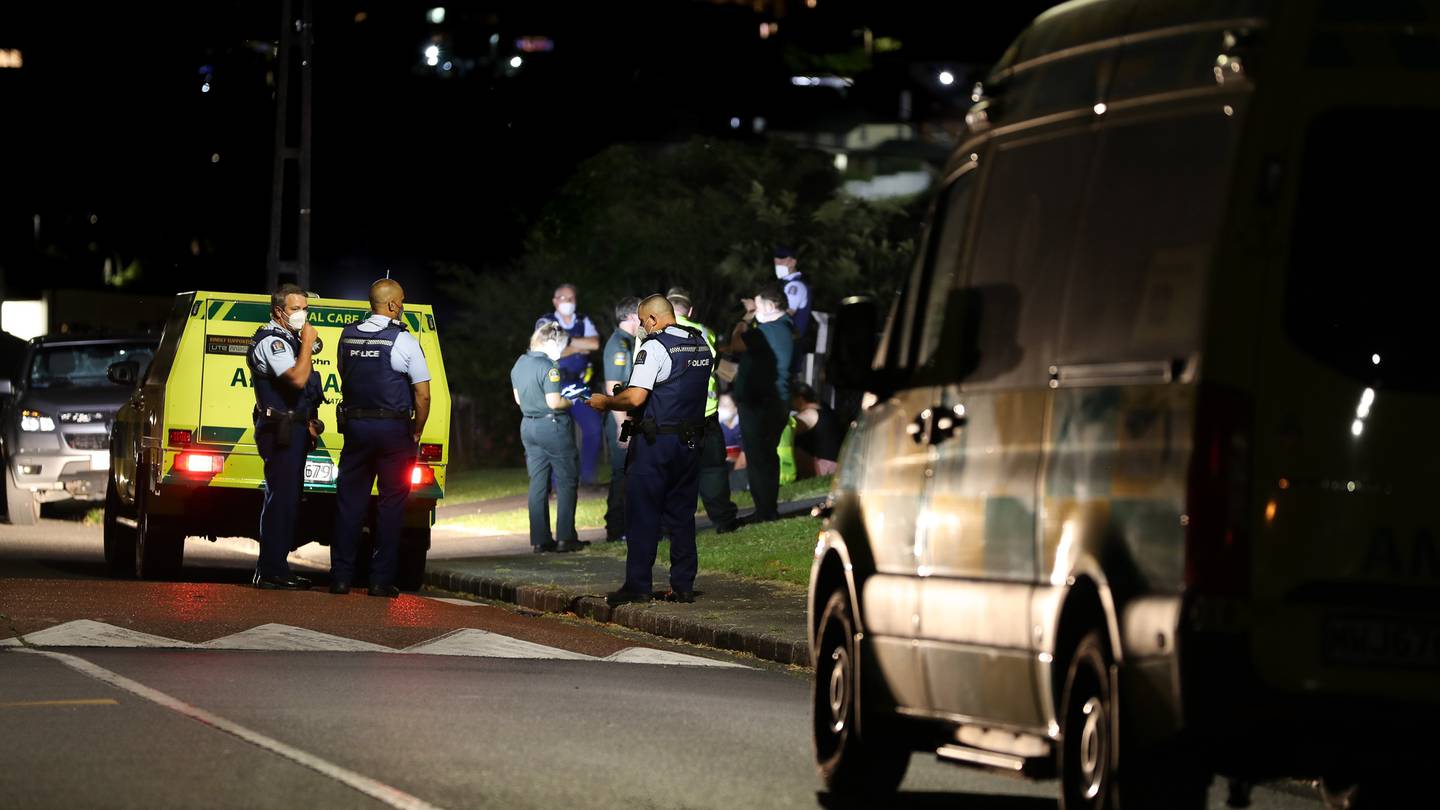 Emergency services at the scene of an incident last night on Glass Rd in Mt Roskill. Photo / Hayden Woodward