In the days before she died Naomi McRae's father Ewen sat by her side, stroking her cheek and arm, the only parts of her body left unscathed after she was hit by a 16-ton truck.

The police officer was on her way to work just before sunrise on February 13, 2020, when Russell John Tunnicliffe's truck-and-trailer crashed head-on into her car, setting it on fire.

Motorists helped put out the blaze and McRae was airlifted to hospital with critical injuries - broken verterbrae, a brain bleed and her toes burned to the bone. She died three days later, aged 35, surrounded by family.

"It just wrecked me," her father said in court on Monday, moments before Tunnicliffe was sentenced to four months in jail for careless driving causing death and injury.

Naomi was full of life, he said, an avid marathon runner who had qualified for the Boston Marathon and was booked to fly to the United States for a "trip of a lifetime" with her parents.

The constable worked in the Counties Manukau District in the family harm department and was well-loved by her police whānau.

Her mother Angela spoke of her "beautiful, strong, vibrant daughter" as she read out her victim impact statement at the Manukau District Court. 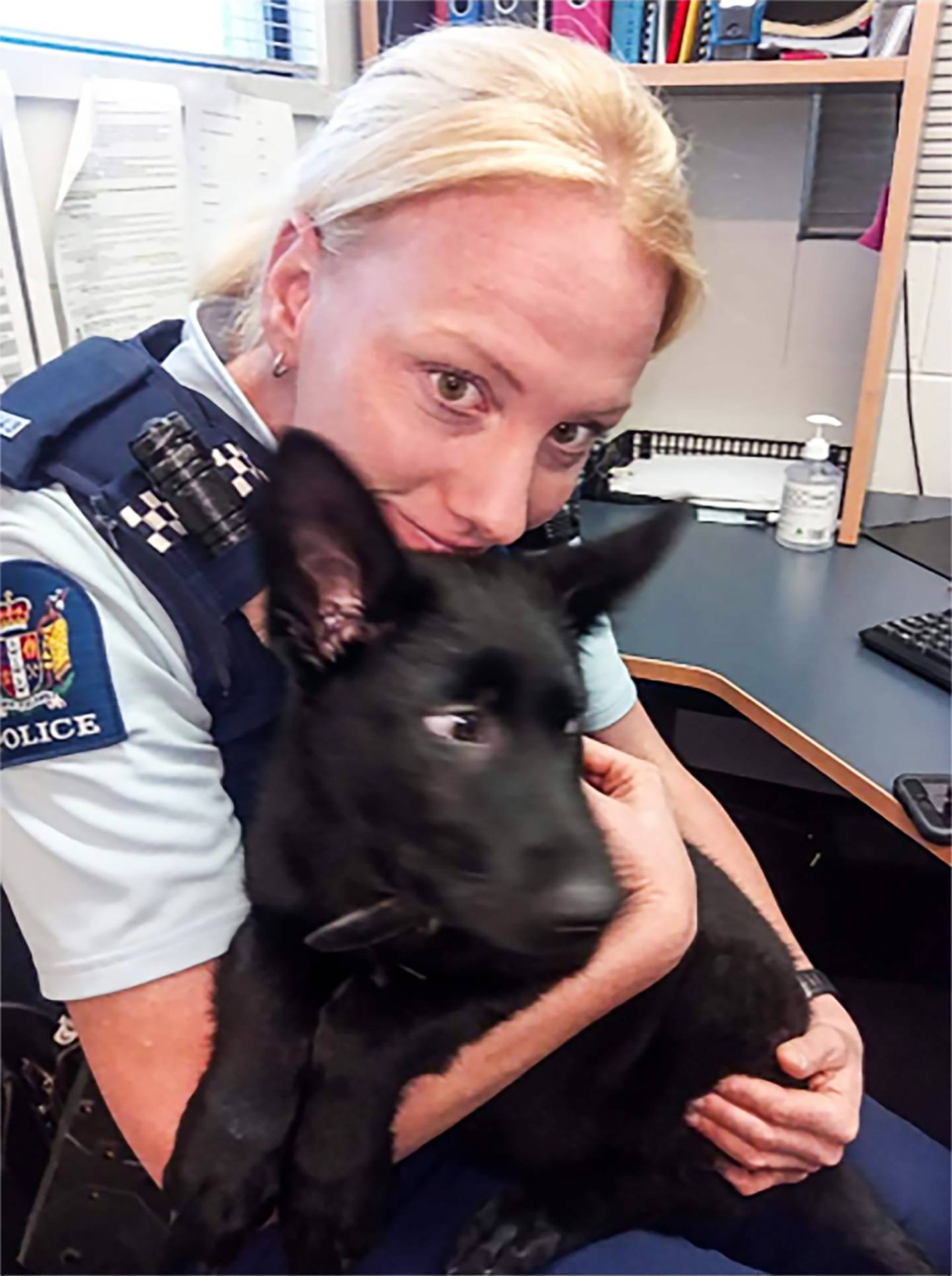 "No parent should ever have to bury a child, especially in avoidable circumstances," she said, her voice strong but trembling as she turned to address Tunnicliffe. "You were the careless driver behind the wheel."

Sibling Alex McRae, who lived in Melbourne, said his sister had just found out she was going to be an aunt at the time.

"My child was cheated out of her aunty who would have loved her like no other," Alex said.

He struggled with depression after his big - and only - sister's death.

"I relied on alcohol, my marriage suffered, I didn't know how to be a father. The things that should matter didn't," he said.

The 63-year-old truck driver was heading west on Linwood Rd in Karaka, South Auckland at the end of a 12-hour shift when he crashed into the back of Marion Lane's car just before 6am.

Lane, on her way to work, was stopped near the centre line waiting for a break in traffic to turn right.

The impact caused both vehicles to cross the centre line into oncoming traffic. McRae, who was driving in the opposite direction, could not avoid Tunnicliffe's truck.

Lane, a mother of three in her 60s, suffered significant injuries including a fractured heel and bruises to the chest, foot and ankle.

She went back to part-time work three months after the crash but eventually resigned.

Driving the same route to work had become too hard. She couldn't sleep, suffered post-traumatic stress disorder and had survivor guilt after McRae's death. After a three-day trial in February, Tunnicliffe was found guilty on two charges of careless driving causing death and injury, making a false driving logbook entry and exceeding his maximum work hours.

At first, he told police he did not see Lane's car because of heavy fog, but CCTV footage and witness accounts showed the air was clear.

"It was dark but this was a straight section of road, the car should have been visible especially from your elevated driving position," Judge Sanjay Patel said in his sentencing.

Tunnicliffe had been driving non-stop for nearly 12 hours before the crash.

"This was not a case of momentary inattention," Patel said, calling it "sustained inattention, or you were asleep".

Patel noted Tunnicliffe's three previous convictions for careless driving and two for false logbook entries, most recently in 2016, showing what the judge called a "selfish disregard" for the safety of other road users.

Tunnicliffe had insisted he was taking the right rest breaks, blaming Lane and oncoming traffic for the collision.

"You have an overwhelming sense of entitlement," Patel told him, "You've refused rehabilitation, you took a belligerent attitude during interviews."

In her closing submission, defence lawyer Megan Jenkins read an apology from Tunnicliffe. She said he was dyslexic and could not read the letter himself.

"I am very, very sorry," the letter said, "I cannot expect you will forgive me." Tunnicliffe, who sat unmoving for most of the hearing, rubbed his eyes with a finger at this point.

He wished the crash had not happened, he said, and did not know what he could do to make up for the hurt he had caused. He had declined restorative justice because he did not have the emotional skills to talk about his feelings.

The man had no savings, unable to work since he lost his licence after the crash, but had the support of a few friends and his wife, who sat in the public gallery. 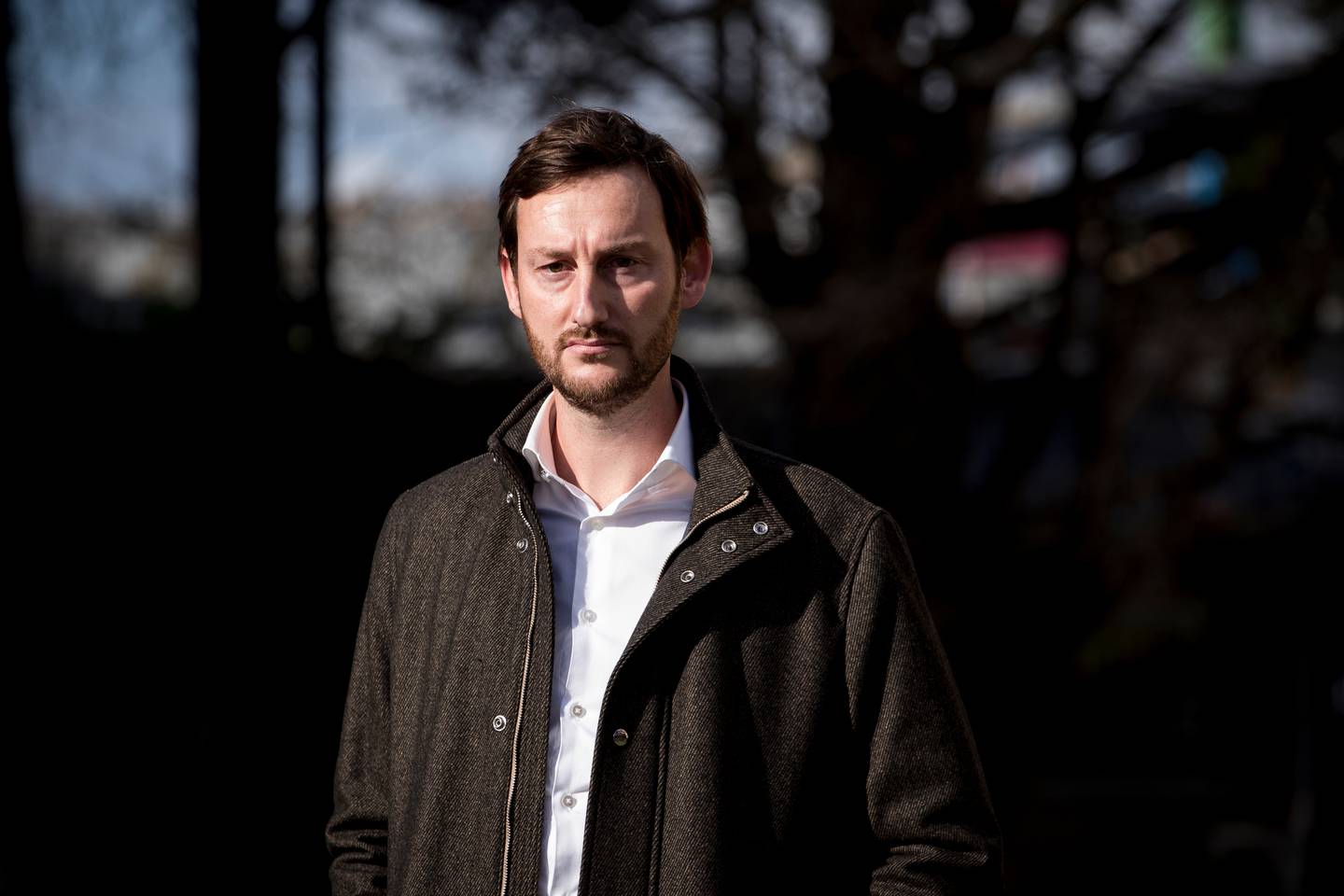 Naomi's McRae's brother Alex flew in from Melbourne for the sentencing hearing on 23 May 2022. Photo / Dean Purcell

Judge Patel said the apology was late in the piece and at odds with his lack of remorse throughout the proceedings.

Tunnicliffe was sentenced to four months jail - the maximum three months for careless driving causing McRae's death, and a one-month uplift for Lane's injuries. He was also disqualified from driving for two years and two months, and ordered to pay reparations of $1000 each to Lane and McRae's family.

The crash ranked among the most serious cases of careless driving, Patel said. "I consider your culpability higher because you are a professional driver," he told Tunnicliffe. "You made the conscious decision to drive without taking rest breaks."

The McRaes hugged one another in the courtroom after Tunnicliffe was escorted out by prison officers.

"It's been a long time coming for us," Alex McRae told Open Justice, calling it a strong and fair sentence.

Over the past two and a half years, his Tauranga parents have travelled to Auckland for every court hearing, coming face-to-face with the man who took their daughter's life - but refused to look them in the eye, Alex said.

He believes the outcome would have been very different if Tunnicliffe had shown genuine remorse.

"We would absolutely have accepted an apology."