A Prebbleton resident who gave chase to two youths he spotted breaking into his car, managed to nab a cellphone that he hopes will help identify the suspects.

Mike Morton was outside his house trying to spot a meteor in last Friday night's meteor shower, but instead spotted an alleged break-in under way.

It was one of a recent spate of vehicle break-ins and thefts in and around Prebbleton.

A police spokesperson said one car was stolen from Prebbleton on Friday, and at least another three vehicles were also broken into.

"Inquiries are ongoing to determine the circumstances," the spokesperson said.

The Prebbleton Facebook community page showed about 10 vehicles were damaged, mostly in the early hours of Saturday morning. Posts suggested up to four youths may have been responsible. 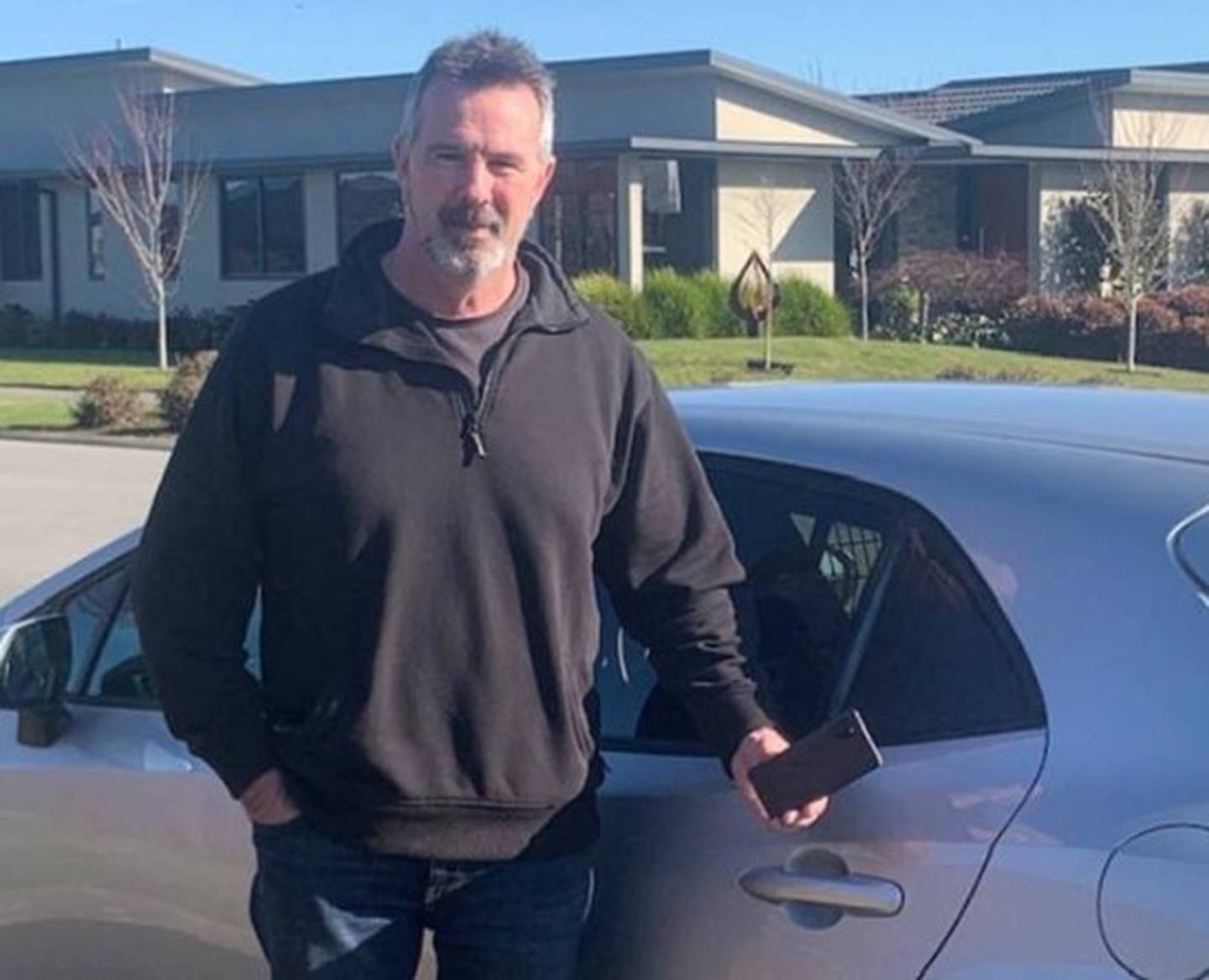 Mike Morton hopes a Samsung cellphone will help police identify the offenders who broke into his vehicle. Photo / Supplied

Morton said he heard voices while standing at the side of his house on Central Ave about midnight.

He walked out the front and shouted "oi" when he saw the offenders.

He ran as fast as he could after them for about 100 metres along Central Ave into Pointsman Pl to the vicinity of the Prebbleton skate park.

"It was just one of those spur-of-the-moment things to see if I could catch them," Morton said.

He went back to his car, which was parked on the street outside his home.

In the middle of the road, where the chase had begun, he saw a Samsung smartphone and a pair of sunglasses.

It appeared they had been dropped by the offenders. The phone appeared to be uncharged with a recently smashed screen. He handed the items to the police and hoped they can be used to identify the owner.

Items Morton uses in his job as a building inspector competency assessor, including steel-capped boots and health and safety equipment, such as first aid kits, were still in the car.

"My guess is they had only just opened the door when I saw them," he said.

Morton said it appeared the pair had gained access to the car by smashing the rear triangle window, which was broken. One of the cars in Prebbleton targeted by the thieves overnight on Friday. Photo / Supplied

Morton drove around Prebbleton to try and locate the pair, but was unsuccessful.

He said he was not sure what he would have done if he had caught them, although he thought maybe he could have sat on one of them and phoned the police.

He and his wife reported the incident to police shortly after when he returned home.

He estimated the pair were aged 15 to 18 and were of slim to medium build. The one he got closest to was about 173cm, wearing a grey top and black shorts.

Morton is no stranger to keeping an eye out for criminals, having been a volunteer for the City to Sumner Community Watch Patrol when he lived in Christchurch.

During the 10 years that he belonged to the group, he said he had never before come across someone in the act of breaking into a vehicle.

He said it was sad to see young criminals, probably from outside the area, coming into Prebbleton and rampaging through the town as they had done on Friday.

Prebbleton was a lovely community, which was one of the reasons he and his family had moved there in the first place, he said.

"It's horrible. At the moment we are a reasonably small township," Morton said.