Police have arrested and charged a 40-year-old woman with murder in relation to the death of three children in Timaru.

The woman is due to appear in the Timaru District Court this morning.

A scene examination will continue at the Queen St address on Saturday.

"As this matter is now before the courts, police will not be making any further comment," police said in a statement.

The children have been identified as South African-born 6-year-old Liane Dickason and twin 2-year-old girls Karla and Maya.

The children and their parents had only recently arrived in Timaru from their native South Africa, having relocated to start a new life here.

About 10pm on Thursday emergency services were called to the house on Queen St.

There they found the three girls dead and a woman with critical injuries.

The woman was rushed to Timaru hospital and remains there in a stable condition.

The house was cordoned off and put under guard - the children's bodies still inside - until detectives and crime scene specialists arrived yesterday morning.

Detective Inspector Scott Anderson later confirmed the ages of the dead children, and that they were siblings. 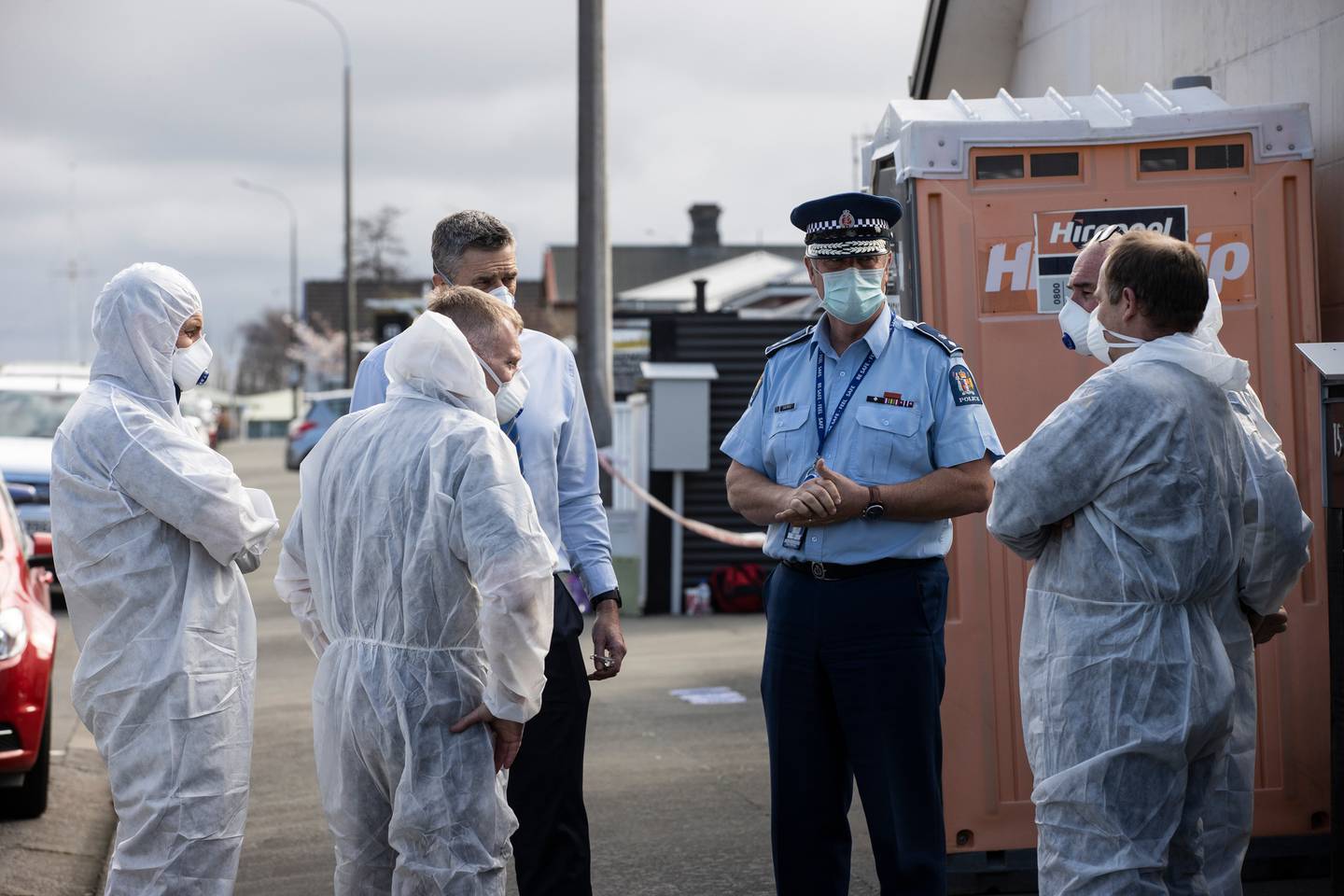 Police today at the scene of where three young girls were found dead in Timaru. Photo / George Heard

"Those involved arrived in Timaru from South Africa in the last week," he said.

"The investigation into this tragedy is still in its very early stages, but we can confirm that nobody else is being sought in relation to the deaths of the three children.

"Police are still working to notify to all next of kin, and for that reason - and to protect the privacy of those impacted by this tragedy - at this stage we will not be releasing further details regarding the victims."

The children's bodies were removed from the scene yesterday afternoon.