A short, sharp burglary spree left children in a small village so frightened they hid their pocket money under their pillows, afraid "the bad man would come back".

Today the man responsible was sent to prison for three years and one month, after attempts to halt his recidivist habits by electronic monitoring failed.

Nicholas Gear struggled to convince a judge he planned to turn around his life, which was "controlled by the scourge of Class A drugs", his lawyer John Sandston said.

While the burglary spree in Wakefield and Brightwater - satellite townships south of Nelson in October 2020 was "short and intensive", it was not Gear's first by any stretch.

It was another chapter in a life led as a "carbon copy of his father", who had since moved on to a life free of crime, the court heard.

"All he's ever known is that when you need something, you steal it," Crown prosecutor Abigail Goodison said.

In the Nelson District Court today, Gear appeared via audiovisual link, in a plain grey top and with his hair done neatly, knowing that he was going to prison.

The Crown sought up to four years, and the defence did not argue prison was not warranted.

The burglaries happened when Gear was on electronic bail for similar offending in Westport only months earlier, which he committed while on a sentence of home detention.

On each occasion he had managed to remove the tracker so he could carry on, undetected. 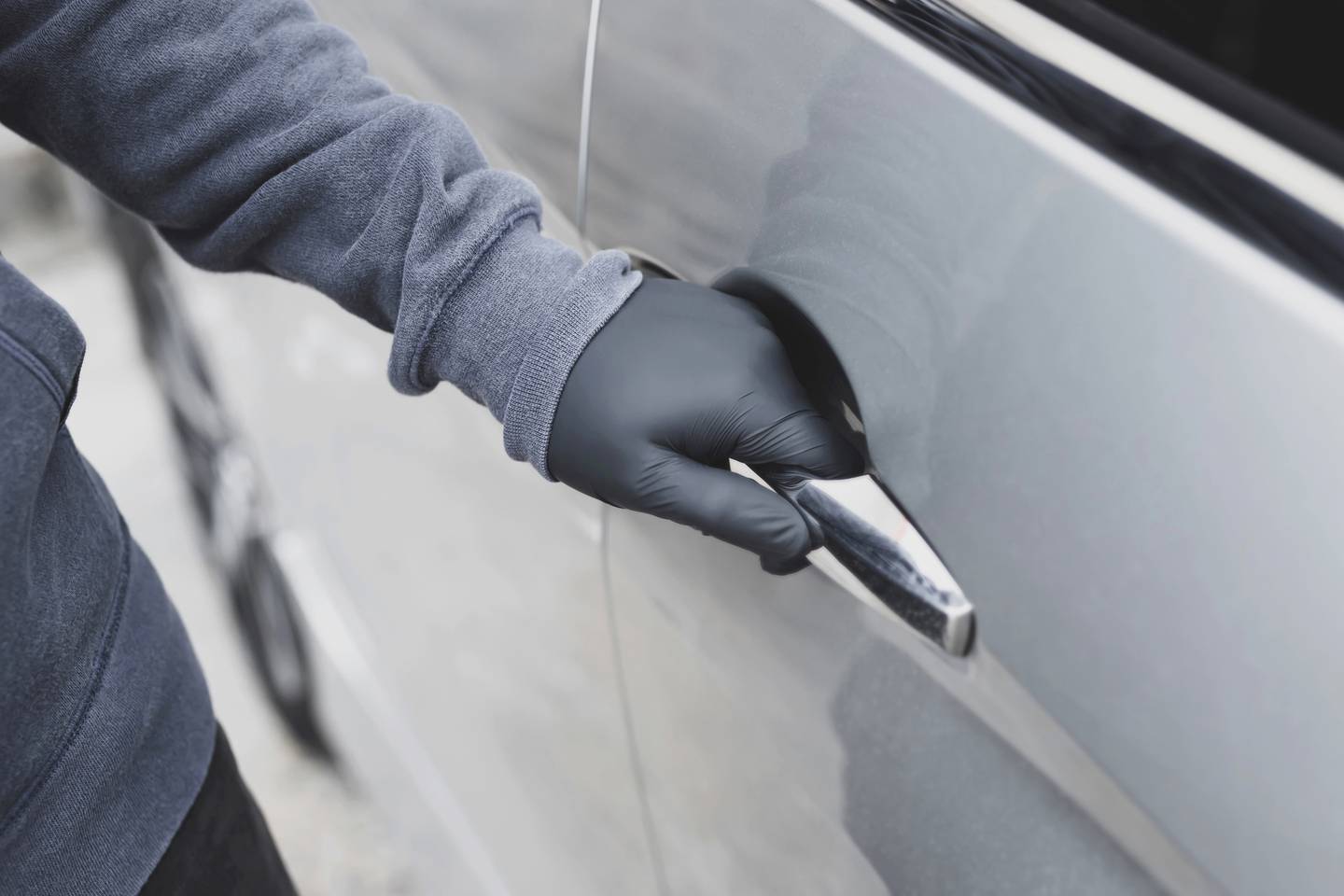 A burglar broke into garages, outbuildings and cars parked in driveways to steal items he then sold on Trade Me. Photo / 123RF

Goodison said the court and community relied on electronic monitoring to work.

It was designed to give some certainty to prevent reoffending, and the fact that Gear was able to remove the bracelet in order to reoffend, undermined its merits.

Gear was found guilty after a judge-alone trial, on 11 charges of burglary, one of receiving, theft and another of unlawfully getting into a vehicle, after the October 2020 spree in Wakefield and in nearby Brightwater.

It was between October 23 and October 30 that Gear targeted properties with garages and outbuildings, and vehicles parked in driveways, and stole mainly items used for hunting or in farming or forestry.

He also stole drivers' licences, which were used to set up Trade Me accounts through which the items were sold.

Goodison said while the total value of the goods was not known, they were estimated to be worth around $43,000.

He was sentenced on those matters, plus the burglary charge from Westport.

Judge Tony Zohrab acknowledged that while the offending had not involved entering people's homes, and was conducted in a way that lessened the likelihood of any confrontation with homeowners, the impact on children in the community was significant.

Victim impact statements from three property owners revealed the harm suffered by their children, who became frightened at the thought someone would break into their house.

Judge Zohrab said parents spoke of their children feeling unsafe, and endured increasing anxiety leading to "many nights of tears and lack of sleep".

Another talked about the "massive impact" on their child who began hiding pocket money under a pillow and asking "when will the bad man be coming back again". A recidivist burglar sent to prison worked hard to convince a judge in the Nelson District Court he planned to mend his ways. Photo / Tracy Neal

Judge Zohrab said it was evident that many in the community still felt unsafe.

He said there was a degree of pre-meditation to Gear's offending, which was not sophisticated, but it was close to the area where he lived at the time. Aggravating factors included that he twice removed electronic trackers while on home detention and while on bail, to commit more burglaries.

A comprehensive cultural report revealed a number of causative factors in Gear's offending and the extent to which his father had influenced him.

While Judge Zohrab acknowledged there was hope in Gear's future, evident by his desire to continue in his trade as a carpet layer, and to train to become a peer support worker, he was troubled by a statement to police which showed Gear as a "very plausible liar". He said the statement, which might have seemed reasonable to others, contained "patent untruths".

In sentencing, Gear was also ordered to pay emotional harm reparation of $700 to each of the three victims who provided statements. Judge Zohrab said ideally, he would have liked reparation for all, but that was not possible.

He advised Gear his energy would be better spent pursuing his goals towards a life after prison, rather than pursuing an appeal.