A Tauranga veterinary surgeon has described the moment a large Rottweiler lunged to take grasp of her arm - an attack that left her with injuries so serious she required a three-hour surgery.

The dog's owner, Helen Tina Fraser, is today on trial in the Tauranga District Court facing a single charge of owning a dog causing injury.

The animal, a 2-year-old 65kg Rottweiler named Chopper, has been held at the Tauranga City Council's pound since the attack on October 14 last year.

Today's trial is a life and death scenario for the family pet; if Fraser is convicted, the destruction of the dog must be ordered by the Judge, unless "exceptional circumstances" can be proved.

Fraser has consistently denied that her actions were responsible for the attack.

The first witness to take the stand on Tuesday was Schneider herself, who described the "devastating" impacts of the attack.

According to her evidence, the practice had arranged with Fraser for Chopper to wait inside the car, so Schneider could examine the animal without the risk of it absconding or attacking another person or patient.

Having the animal wait in the car would have allowed Schneider to inject a sedative before bringing the animal into the practice.

"This animal was identified as a risk to safety," the vet of 22 years explained.

But as she was ready to begin her initial consultation, Schneider walked out of the practice to find a leashed Chopper standing next to the car, held by Fraser's son.

Within seconds, the dog lunged at Schneider while she was standing "around two metres away". Its jaw remained fastened to her arm for around 10 to 15 seconds. 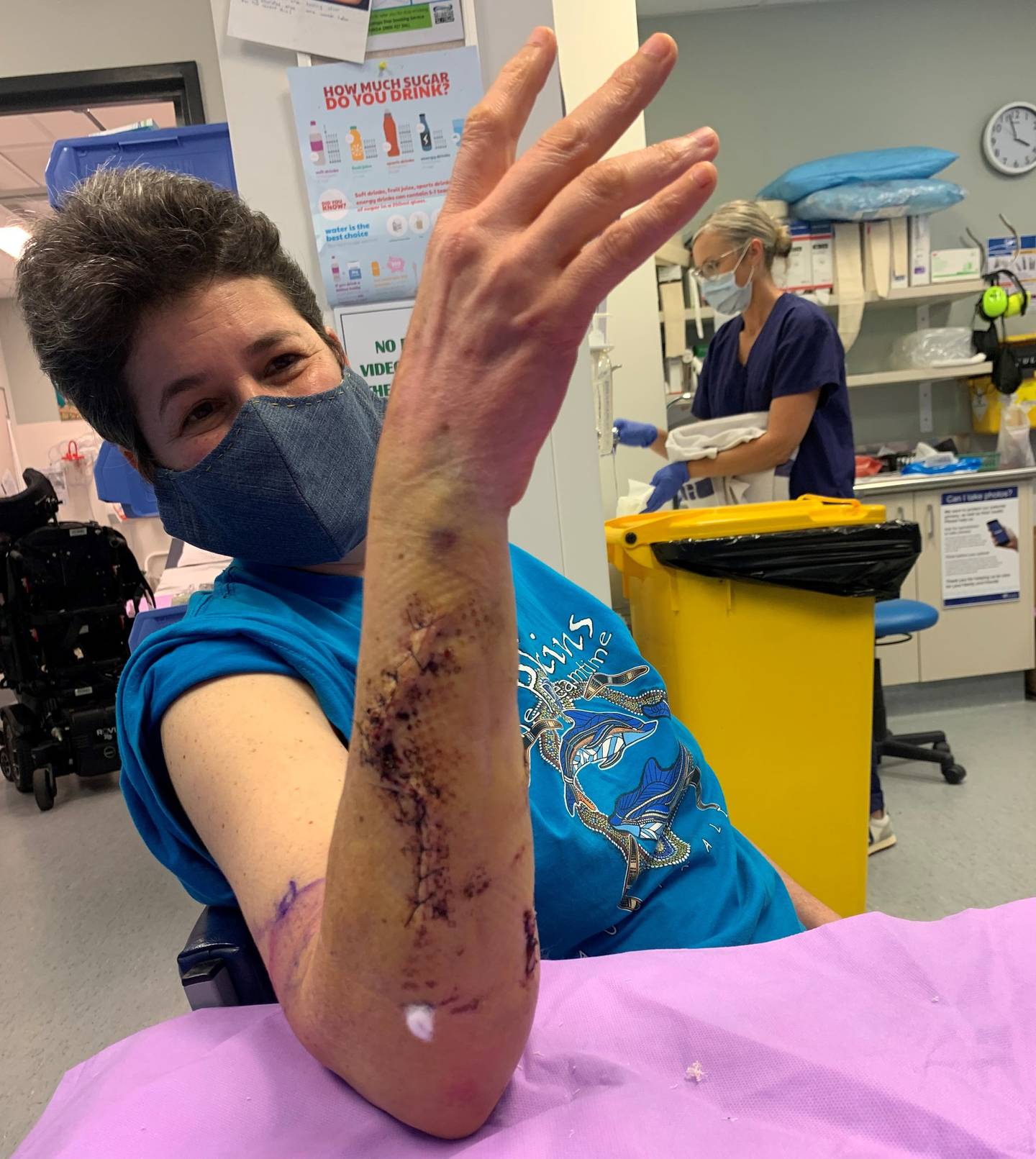 "I couldn't get my arm away, but I managed to wriggle out," she said. "I imagine he was going for my head or neck, but I put my arm up."

Schneider, who was wearing a puffer jacket, suffered a broken ulna, deep puncture wounds, and muscle and nerve damage. She underwent surgery where a plate and six screws were installed in her arm.

The consequences of the attack were difficult, Schneider said. The practice was already short-staffed prior to the attack, and Schneider is still limited in the work she can do.

"I was unable to stop working to allow my arm time to heal."

During cross-examination, Fraser's lawyer James Carter suggested that if there were serious concerns about the risk the animal posed, Schneider could have placed Chopper back in the vehicle, or considered the use of a muzzle.