Three Taranaki police officers at the centre of a manslaughter trial after a death in custody have been found not guilty.

There was no continued application for name suppression made by their counsel.

There was no comment from the officers as they left court, however, there was an emotional reunion as they were reunited with family, friends and colleagues who had supported them throughout the three-week trial. 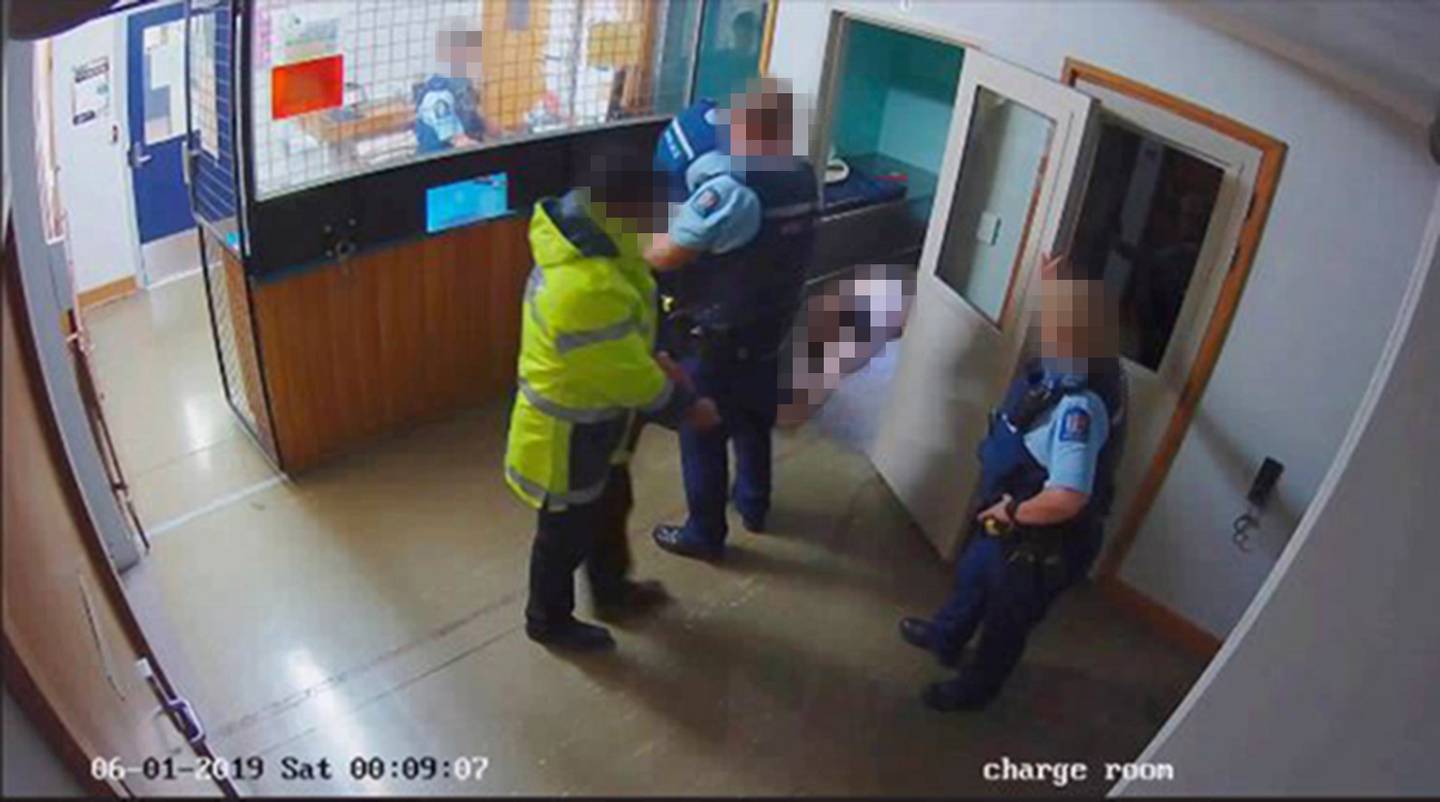 A CCTV image from inside the Hawera Police Station showing Allen Ball lying on the ground inside cell one. Photo / NZ Police

Allen Ball's daughter, Stacey, was visibly upset at the verdicts, as were Ball's two sisters and brother from Australia.

Ball's former partner, Stacey Whitmore, said the verdicts were "a bit shit but it is what it is".

Asked how he would feel when, or if, the officers go back to work, Whitmore said, "we'll see".

The jury of four men and seven women was sent out by Justice Susan Thomas in the High Court at New Plymouth just before 1.40pm today.

They returned with their verdicts - in front of a packed public gallery of family, friends and colleagues - three hours later.

The verdicts would have set a precedent if either or all were found guilty, as it would have been the first time an officer, or officers, had been convicted of manslaughter in New Zealand.

The three officers have had name suppression since being charged with the manslaughter of 55-year-old Allen Ball on June 1, 2019.

Police Association president Chris Cahill said Ball's death in custody should never have reached a criminal court and instead could have been investigated by Worksafe or the Coroner.

"I don't believe this was he right forum for this issue to be resolved, I think there were other forums including an IPCA investigation, a coronial investigation or even possibly a Worksafe investigation and possibly prosecution."

Cahill said the length of time a police officer was trained at college before hitting the streets should also be reviewed.

"I think that's part of the thing that they have to look at. There's a lot that police have to do now, there's a lot of scrutiny that they come under.

"The practical side of the training; is putting something in a book in front of someone but not giving them any practical training the right answer? I question that it is."

He agreed with criticism during the trial that the training provided for officers wasn't adequate.

"I would agree with most of the criticism. The reality is the training isn't good enough, we've been pointing that out for some time. The IPCA has pointed it out in previous reports.

"The police need to take a good hard look at their training out of this."

The past 12 months had been "really tough" as both individuals and their families.

As for returning to work, he said there was still a bit of water to go under the bridge.

"We're very pleased for the officers involved and the result but they just wanted me to make a very clear point; they extend their deepest sympathies to Mr Ball's family.

"They were devastated from the night he died, and continuously."

Detective Superintendent Dave Lynch acknowledged it had been a tough time for everyone involved, including the officers charged, and the investigating team.

"The law needs to be applied to everyone fairly and transparently and that's what's happened in this case.

"The jury heard all the evidence and made their verdicts on that evidence heard in court."

The charge related to them failing to provide the necessaries of life after Ball died in one of their cells.

The Crown alleged that if an ambulance had been called by 1.53am or earlier, his life could have been saved.

Instead, he was found by Longworth unresponsive at 2.23am when an ambulance was called. He was pronounced dead a short time later.

Ball was arrested after police were called to a family harm incident where he was alleged to have assaulted his then partner, Stacey Whitmore.

After being able to get himself in the patrol car, he fell asleep shortly after. He was then carried into the back of the station by six officers, including the three accused, due to his unresponsive state shortly before midnight.

He then had his wet pants taken off him and covered with a blanket as he lay on his side in the recovery position on the concrete floor. 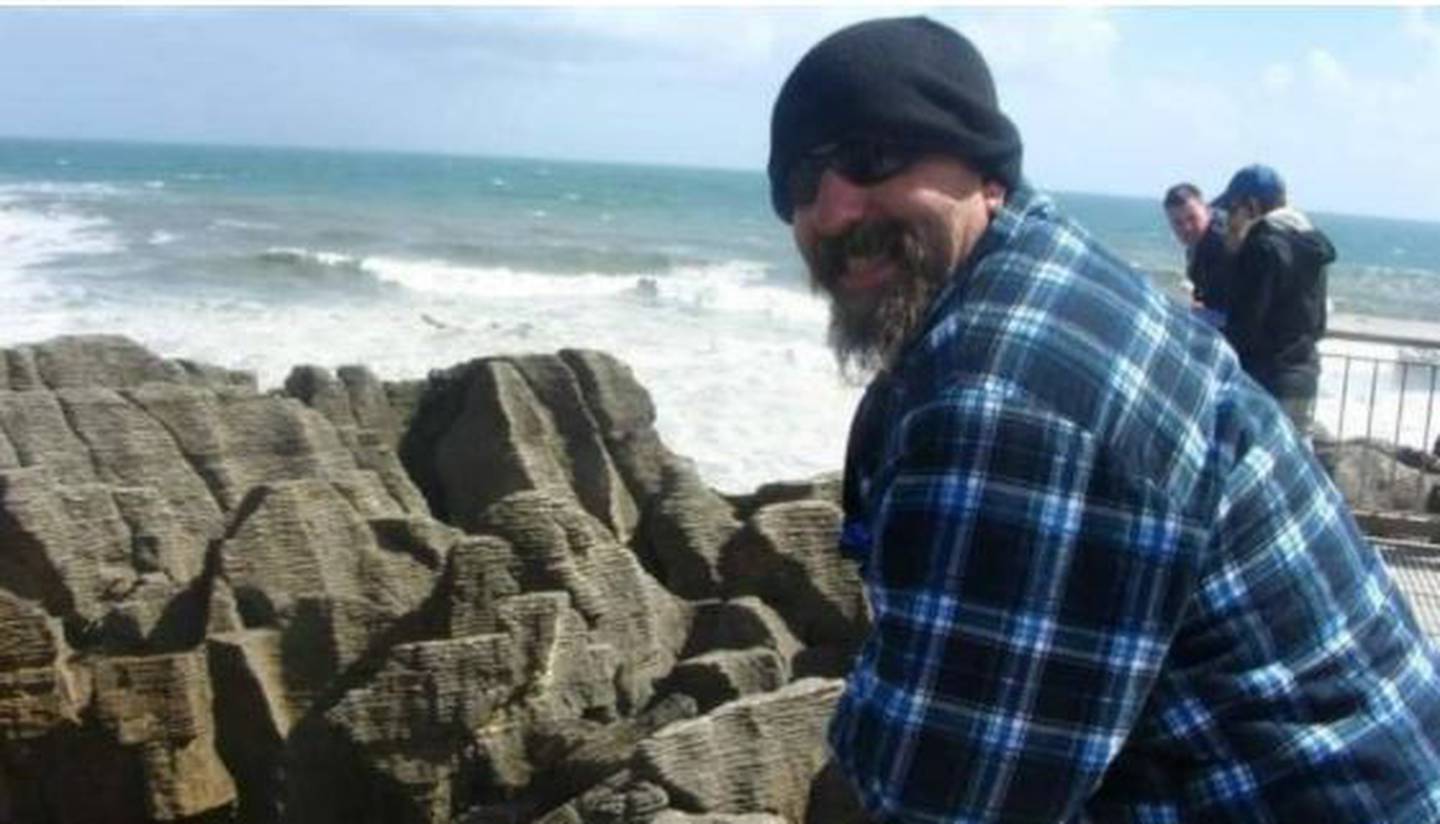 'Use your collective common sense'

Earlier, Justice Thomas told the jury there was no simple formula to arriving at a verdict; rather they had to rely on their "collective and robust common sense working with evidence you can rely on".

She said the police systems and training were relevant to the case.

"Hindsight is a wonderful thing but you must understand what they knew at the time and the systems and training in place at the time."

She explained that finding somebody guilty beyond reasonable doubt was a high standard; not probably guilty or likely guilty.

"Reasonable doubt is an honest and reasonable uncertainty left in your mind after you have given careful and impartial consideration to all of the evidence."

She also reminded the jury that police officers were also human, not perfect, and going about their job that night "not giving a perfect performance because they knew they were on camera".

"Remember what they deal with on a daily basis"

She also pointed out that officers also used "black humour" at times to deal with stressful situations, sighting the language used by the officers after putting him in the cell.

Defence counsel Kylie Pascoe issued her closing statement this morning, when she put the blame at the feet of New Zealand Police who provided inadequate training for its recruits and staff before they were sent out on the job.

Pascoe said Officer B was not grossly negligent that night, "his omission to obtain medical care in this circumstance was not so bad as to justify criminal sanction".

"The failure to obtain medical assistance of Mr Ball was the result of systemic failures, not the gross negligence of [Officer B].

"The systemic failure of New Zealand Police to implement adequate recruit training that protected its staff from the circumstances the night Mr Ball died."

As for first aid training, Pascoe accepted her client had been trained however the jury was
being asked to accept her client knew the risks around snoring.

"Snoring is important because it's Mr Ball's snoring that appears to inform [Officer A's] decision-making regarding the status of Mr Ball." 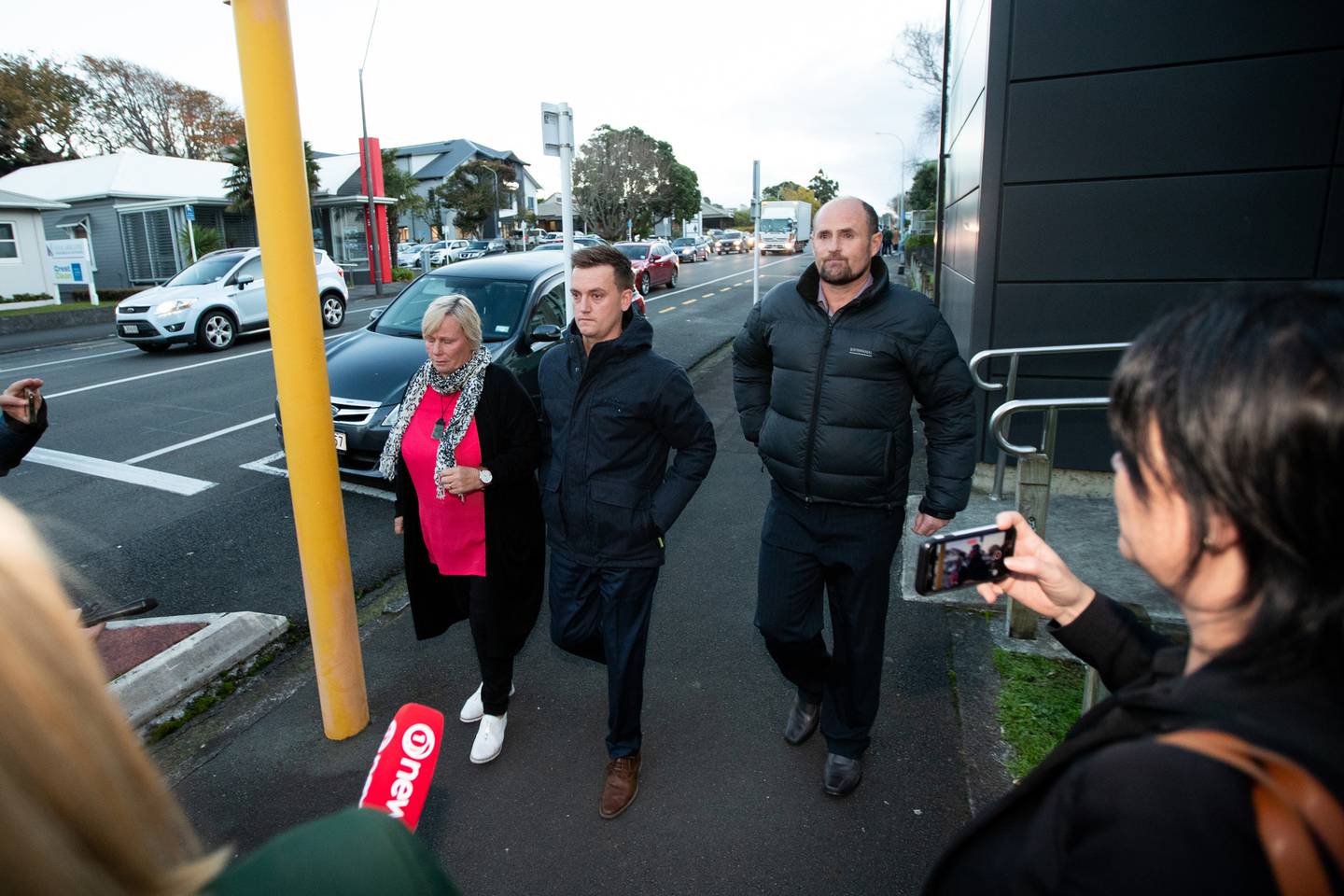 Sandra Shaw, Corey Waite and Craig Longworth leave court after being found not guilty for the manslaughter of Allen Ball. Photo / Pool

Andrew Laurenson, counsel for Officer C, said his client's view was simple – he never had actual care or charge of Ball that night.

Instead, that fell to Officer B who was the arresting officer and also the watch house keeper.

His client had checked on Ball - as had others.

"The [police] manual says that it's the arresting officer that has charge, then it's the custody area staff, in the case of a hub, or a senior officer and he did not assume actual care of charge."

He said it couldn't come down to seniority as it was unknown the length of service between his client and others.

Laurenson said the station was understaffed that night and required to cover the whole south Taranaki district; with six officers in Hawera and one in Stratford.

"You have seven police officers who are required to obtain law and in order in the whole south Taranaki.

They had at least three family harm incidents that night … they have to do everything they are required to do with three sections which Senior Sergeant [Kyle] Davie agreed was less than optimal.

"Not only do they not get training, they were understaffed."

Officer A 'let Mr Ball down that night'

In her closing statement yesterday, counsel for Officer A, Susan Hughes QC said her client honestly believed Ball was a "sleeping drunk" that night.

"[Officer A] accepts that [they]saw a sleeping drunk, not knowing that Ball had taken a gigantic quantity of tramadol and codeine, intending to take his own life that night."

The amount of codeine was between seven and 50 times greater than had previously caused a death by codeine alone.

A mistake did not amount to a major departure from duty, she said.

"What advantage did [Officer A] derive from not calling [an ambulance] … there's just nothing in it for her not to have rung for an ambulance if that was necessary she knew that was only five minutes away."

There was a mistake in assuming he was a sleeping drunk but that assumption was not a major departure from their legal obligations to provide him with necessaries of life.

The years of experience showed the officer that Ball was likely sleeping off a hangover, but all got up the next morning.

"Many drunk people sleep and sleep deeply and many overweight middle-aged men snore … someone sleeping and snoring is someone presumed by most to simply be asleep.

"[Officer A] saw Mr Ball as no different."

The officer had many years experience in the job, along with the respect of the community and regularly dealt with people under the influence of alcohol, drugs or both and always treated them with compassion and care, Hughes said.