A victim of a violent aggravated robbery is so scared that she no longer has much to do with the operation of her superette.

Kingston Gough, now aged 21, was armed with a gun, while his co-accused - who has interim name suppression - allegedly had a hammer, as they entered the Flagstaff Superette on Boxing Day last year.

Working that day were owners Ashfaq and Rafia Farooqi.

Standing behind the checkout, CCTV shows Ashfaq watching as the pair enter before Gough pulls out his gun, pushes over stock, and points the pistol at him.

Ashfaq then runs off to get help but the pair then divert their attention to Rafia and force her to try and open the till.

Gough then gets into the cigarette cabinet, handing two trays to his associate and grabbing handfuls for himself, before fleeing.

While Gough had since successfully met with the owners of the superette he robbed in a restorative justice conference, the effects on the victims had been "profound", Judge Glen Marshall said at his sentencing in the Hamilton District Court today.

"It's been hugely traumatic for them and has affected them in a profound way.

"To the extent that the female victim doesn't seem to play a prominent part in the business anymore.

"The episode was hugely traumatic for them." 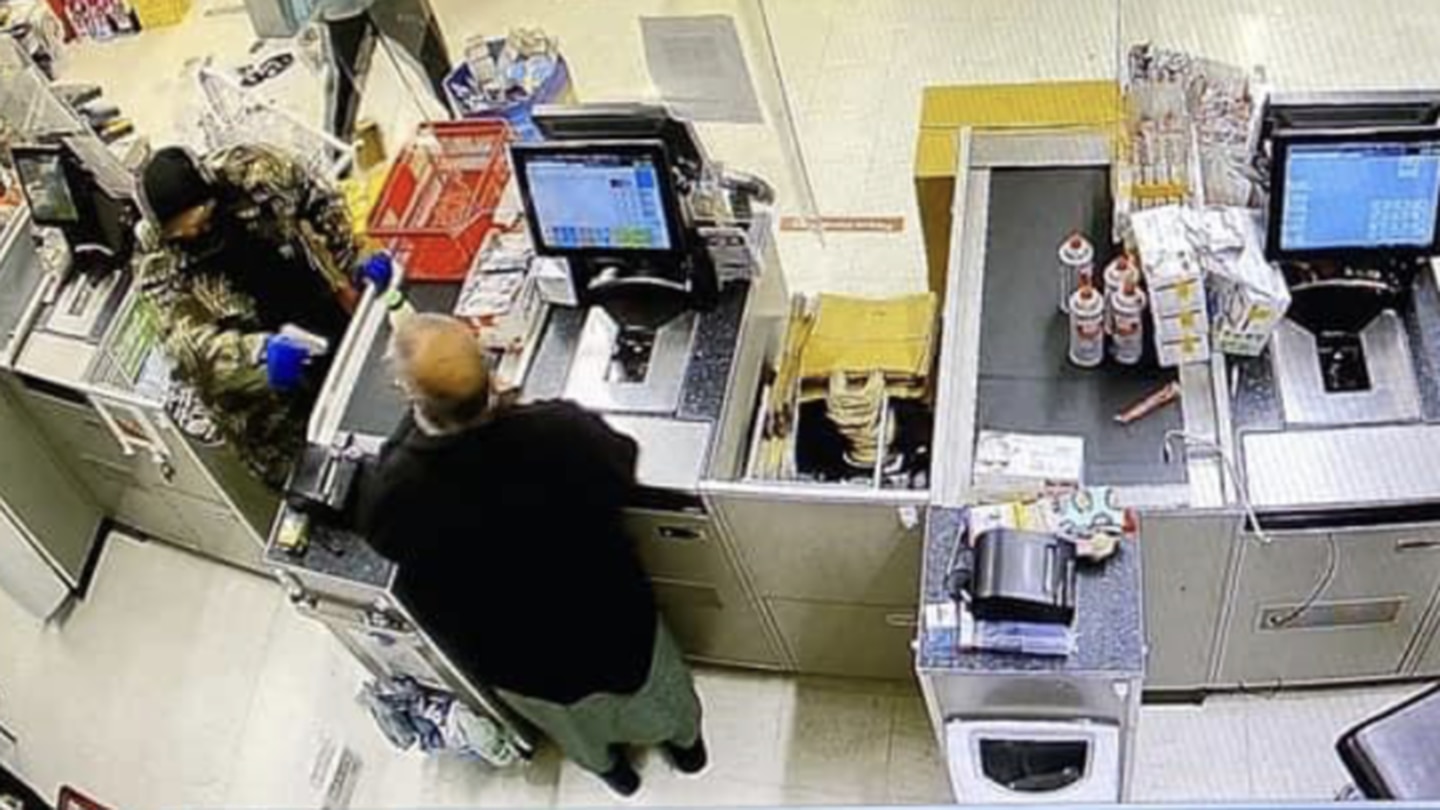 Kingston Gough points the gun at Ashfaq Farooqi shortly before he runs off to try and get help during the Boxing Day robbery. Photo / Supplied

Gough has been in custody since the offending, having been arrested soon afterwards.

His counsel Ted Walsh said a cultural report showed valuable insight into his client's background which was also corroborated by his mother, who was also in court to support him today.

Walsh said Gough had matured, especially after attending the conference with the victims in June as well as his time in custody.

The other charges relate to Gough and his co-accused threatening and punching a man who had lent his car to them.

On the afternoon of Boxing Day, the victim went to get it back.

He walked inside and sat on the couch, when Gough walked up to him and placed the gun on the couch, asking "Do you want your car back?", before hitting him with the back of his hand.

The man was too scared to reply. 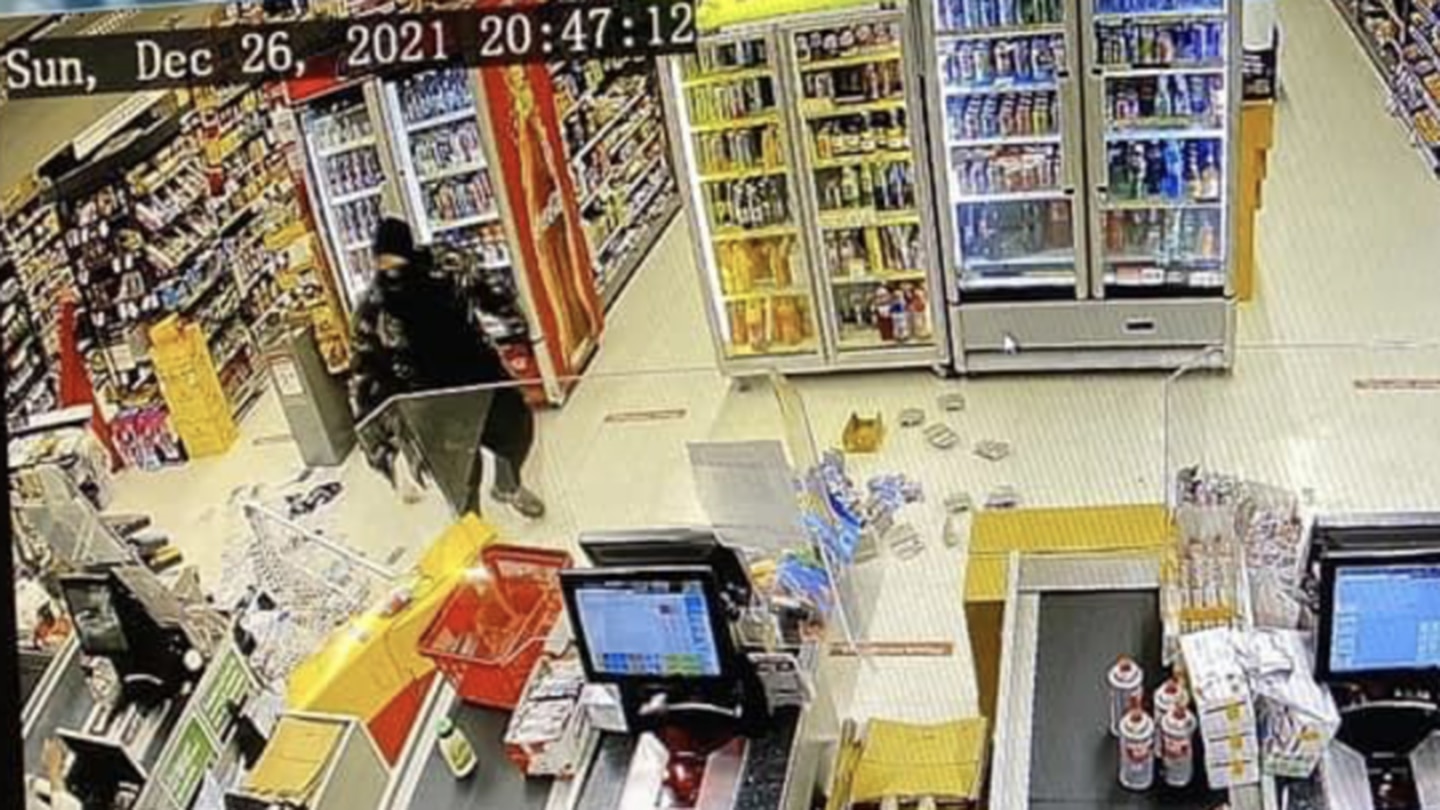 21-year-old Kingston Gough pictured as he enters the superette before making off with cigarettes. Photo / Supplied

He then threw the victim a bag of methamphetamine as payment before saying: 'If you snitch, next time I see you, I will pull it," referring to the P.

Gough and his co-accused then used the car in the aggravated robbery of Supervalue.

The burglary charge related to Gough and two unknown associates smashing their way into the Evergreen Dairy and Spices about 2am on December 10, 2021.

They smashed open a cigarette cabinet and also damaged the security camera system, causing around $8000 worth of damage and loss in stock, including vapes and electronics, to the victims.

Gough was tracked down after blood was found at the scene.

After taking a start point of six years and 10 months, Judge Marshall took into account Gough's remorse, attendance at the RJ conference, guilty plea and contents of his cultural report which detailed his deprived upbringing.

"Kingston Gough is seeking to turn his life around.

"It's acknowledged that people under the age of 25 often make poor decisions and poor choices," Judge Marshall said, before allowing a further 10 per cent discount, resulting in a total 60 per cent off his end sentence.

Gough was jailed for two years and eight months.