A cafe owner in Auckland has suffered a heart attack hours after discovering his business was ram raided, and the incident has shocked the community.

He was taken to Auckland Hospital in a serious condition.

Cafe Meadow manager Shipali Sharma told the Herald the staff and customers were in shock.

"The front door was smashed, they stole liquor, beer bottles, laptops and broke our system, they tried to break our till but were unsuccessful.

"It has impacted the business and the community, we had to close early and cancel our bookings. Everyone was in shock, first ram raid and then what happened with Miles.

"We are getting wooden boards installed. Now, it's up to the police."

Taylor was in intensive care and in a serious condition, Sharma said.

Many neighbouring business owners are calling on the Government to take stern action against a spike in ram raid-related crimes.

David Yin, the owner of Eden Foods convenience store owner in St Heliers, told the Herald his business had been ram raided twice in close succession this year. He had now installed new shutters, along with the wooden boards covering his store for extra protection.

"We need stricter laws to prevent this from happening again, even if police arrest them, there is no good result, we lose our hard-earned money." 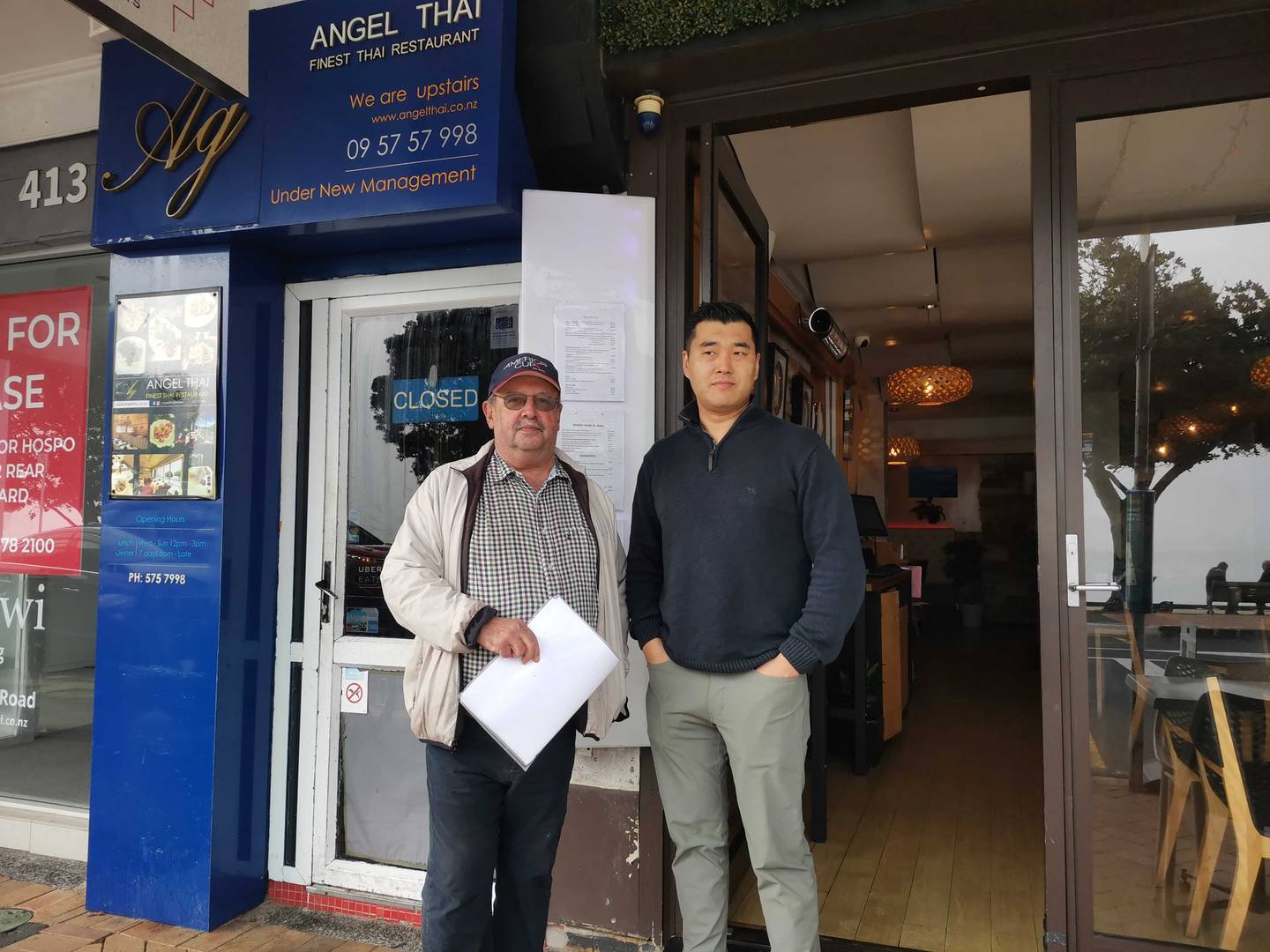 "It's a quiet little village and to see it getting destroyed like this is not good. It's actually shocking what happened yesterday at Meadow, it just breaks our hearts as a community.

"This crime spree needs to be stopped, hence a lot of us have joined up on a community patrol and we'll be taking over what the police should be doing." Thieves smashed the front door of the business taking laptops, alcohol, and attempted to break the till. Photo / NZ Herald

St Heliers' Business Association chairman Peter Ross said that yesterday was one of the saddest days he had in the eastern Auckland seaside village.

"It's a close-knit community here. Last Friday we had the community sergeant from police come down to talk about fog cannons because the jewellery shops are a bit worried at the moment because of the fear of daytime raids, the ladies in the jewellery shop are wearing wrist alarms now.

"We have had meetings after meetings with the authorities but nothing seems to have changed."

Auckland councillor for Ōrākei Desley Simpson said: "Miles was there at 5am cleaning up the mess and then tragically had a heart attack. It is just from the stress of it all.

"Property damage is one thing but this type of crime has begun to affect people's health and lives." Detective Inspector Chris Barry said a vehicle was used to gain entry into a hospitality address on Turua St, St Heliers at 4.30am yesterday.

Police believe the offenders took the till and left in the same vehicle used in a similar burglary, one of a string in the area, at another St Heliers retailer.

"At this stage police are working to establish the circumstances of all incidents and to determine whether the incidents are linked."

No arrests have been made yet, but police were working "extremely hard" to identify these offenders.

"Police have absolutely no tolerance for this type of offending against our local business owners, and we work hard to hold to account those responsible," Barry said.

On Wednesday, Police Minister Chris Hipkins said he was buoyed by some 150 arrests and 750 charges laid since February in relation to ram raids.

"Police are focusing significant investigative effort on the recent spike in retail offending, including ram raids, and have a good success rate in holding offenders to account."

In an exclusive interview with the Herald, Auckland Detective Inspector Scott Beard previously said at least 12 smash-and-grabs had occurred across Tāmaki Makaurau in the six weeks from the end of May to mid-July.

Anyone with any information that may assist police is asked to call 105 or go to www.police.govt.nz/use-105, using Update My Report.

Information can also be provided anonymously through Crime Stoppers on 0800 555 111.