Sixteen gang members who took part in a funeral procession for a fellow gang member in Auckland have been charged in relation to dangerous driving.

Police confirmed more than a dozen people had been charged in relation to dangerous driving and anti-social behaviour on Auckland roads after the large funeral procession in June.

The funeral was for Taranaki Fuimaono, 43, who died in Auckland City Hospital shortly after being arrested.

Hundreds of people turned out to Fuimaono's funeral held in Auckland's Grey Lynn, in June, and resulting in a huge procession of gang members on motorbikes riding through parts of the city and on the city's motorway networks.

Inspector Jacqui Whittaker said police had been making extensive follow-up inquiries since the funeral that caused concern and some disruption on the roads. 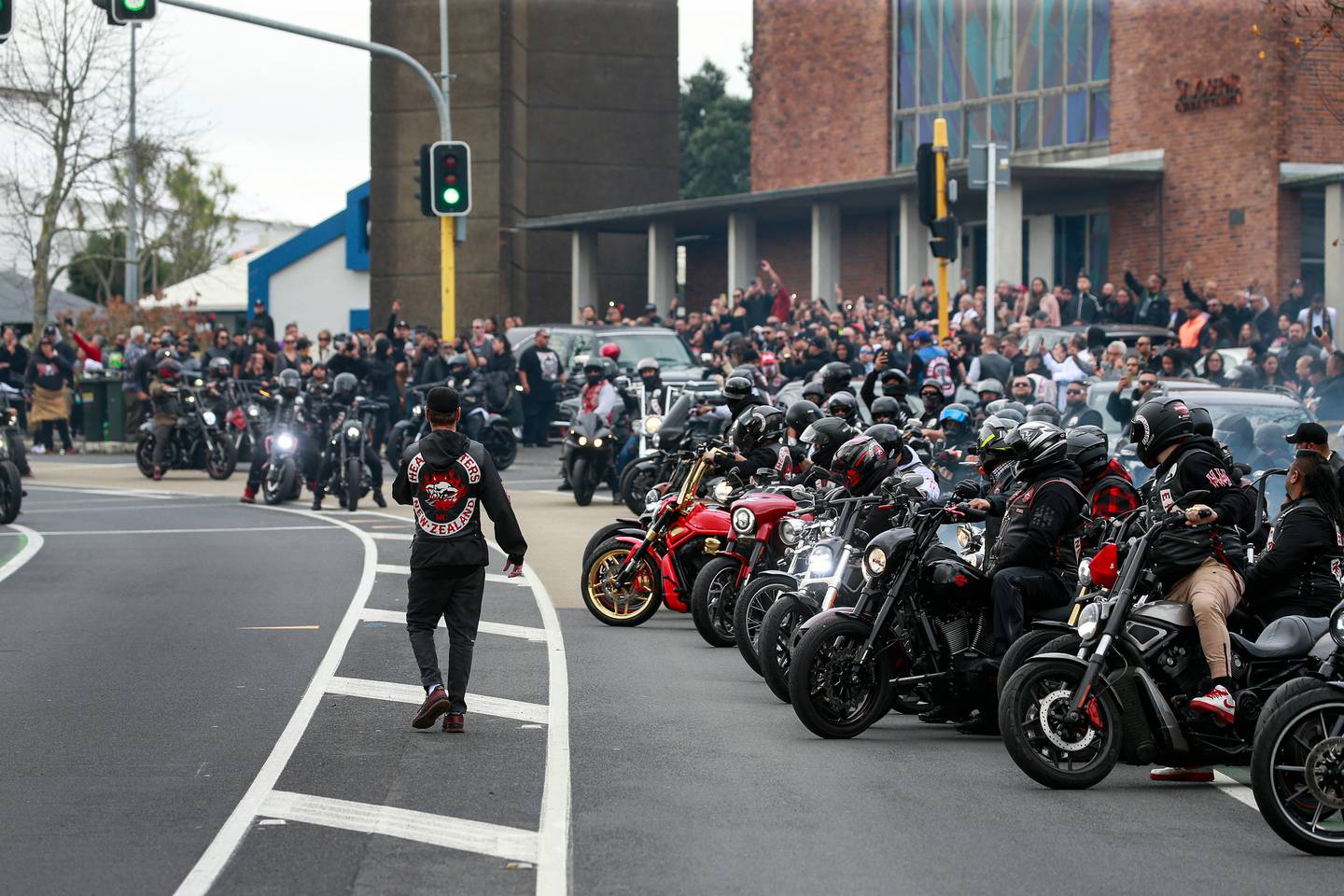 More than 300 mourners attended the funeral of Taranaki Fuimaono, a Head Hunters gang member who died shortly after being taken into police custody in June. Photo / Alex Burton

"A majority of those partaking in the procession behaved within the road rules, however at times some of the group drove dangerously putting themselves and others at risk.

"Police received a large amount of camera footage displaying some of the driving behaviour exhibited that day," Whittaker said.

"Those drivers are now being held accountable, and Police have laid 18 charges against 16 drivers."

A total of 18 charges have been laid against the 16 gang members involved.

They will appear in different courts around the city - Auckland, Waitakere, Manukau and North Shore district courts - in the coming weeks.