Footage has emerged of a van being manoeuvred in front of an Auckland power tool shop before it smashes into its glass entrance in a pre-dawn ram raid.

Security cameras track the break-in that takes just a matter of minutes, the large front doors of the Mt Albert Stihl Shop shunted off their fixtures. 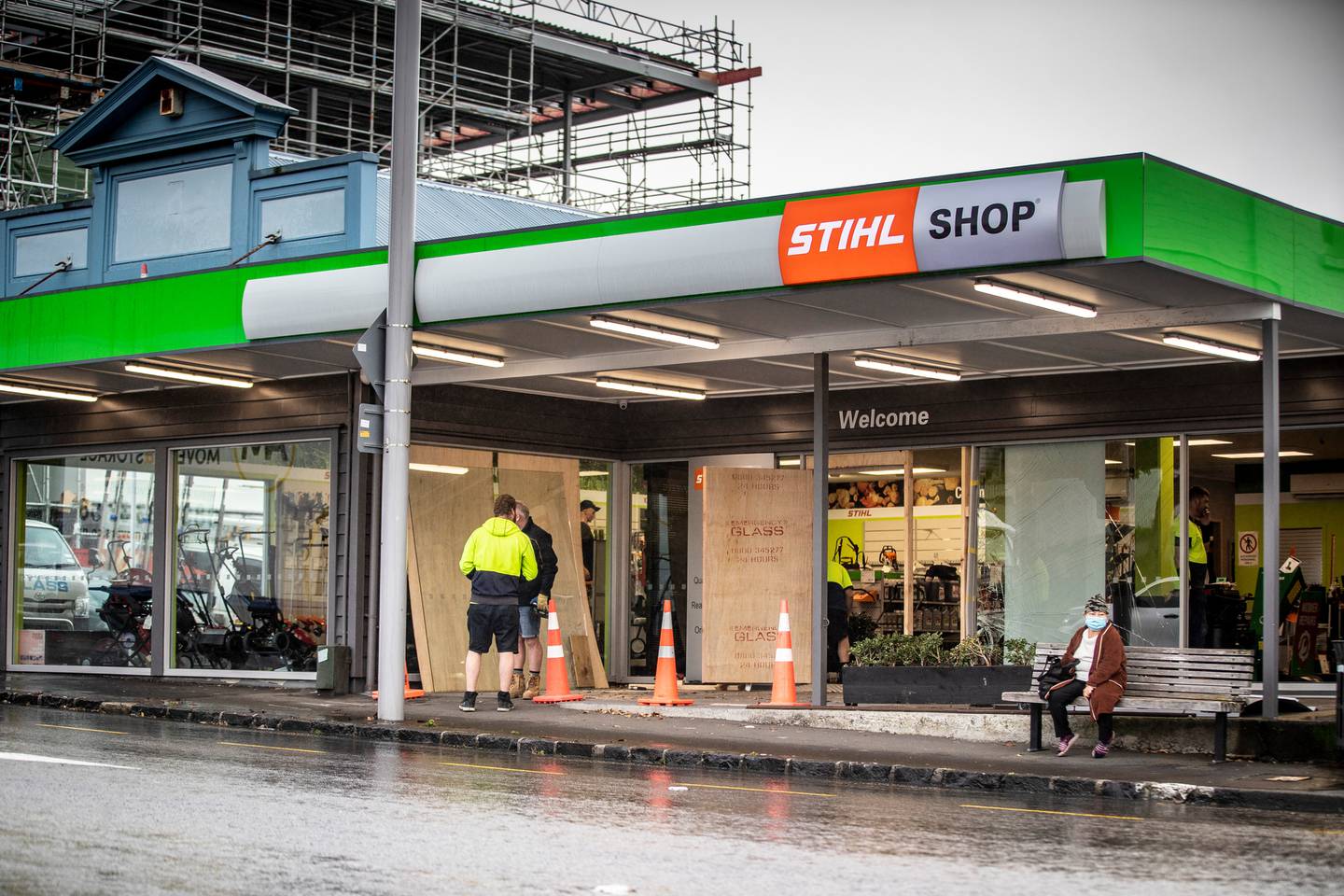 The van, which appears to have a back window smashed out, is seen reversing on the New North Rd shop's forecourt and footpath to line up with the glass entrance. 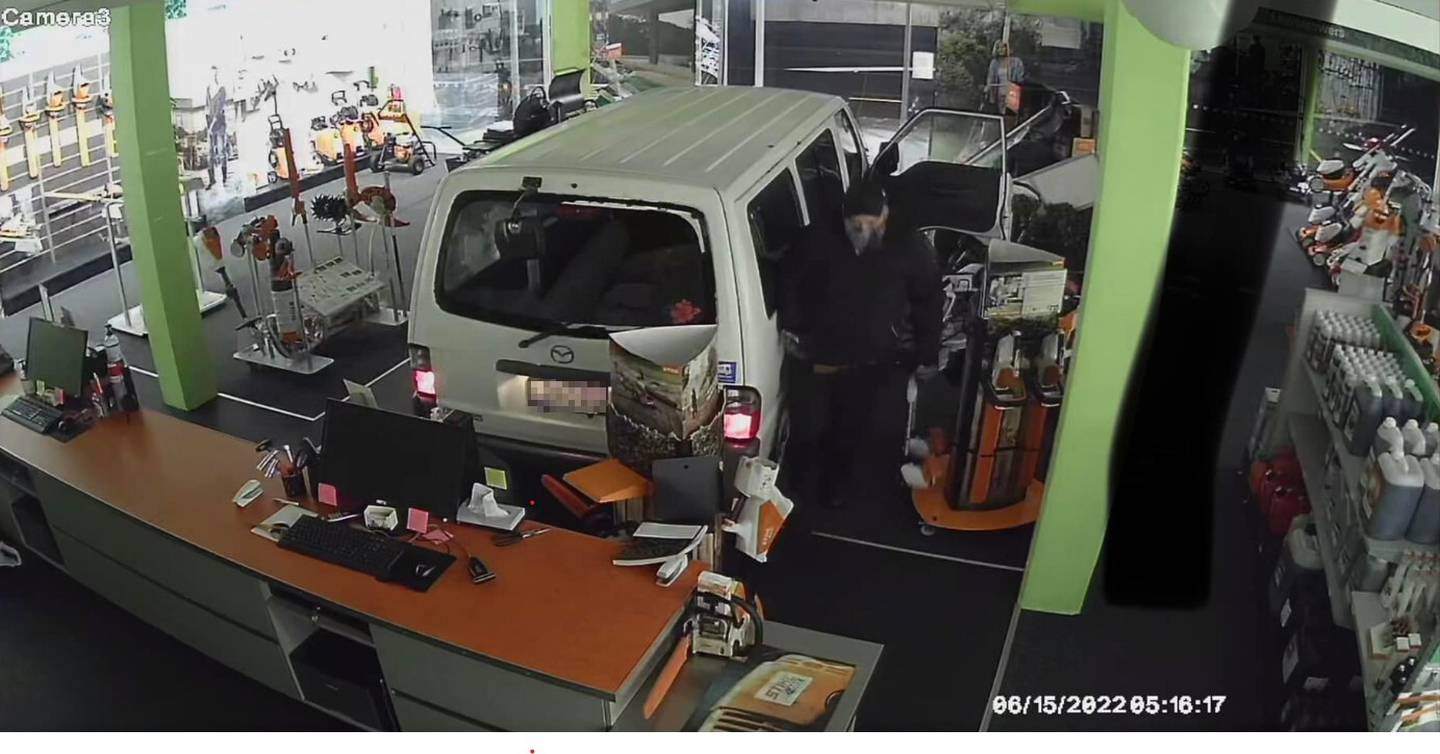 The white van busts through the front of the Mt Albert Stihl Shop in the early morning ram raid. Photo / Supplied

Once busted through the double front doors, the vehicle continues to position itself in the heart of the shop just in front of the counter.

The driver, a man with his face obscured by a mask and wearing dark clothing and cap, is shown getting out and retrieving a power tool. After throwing it through van's missing rear window he rushes off to get more equipment from the shop floor.

The store's owner has posted photos and a 55-second video on Facebook in the hope that someone will recognise the driver who appears to be the only person involved in the heist.

He says it's the second time the shop has been raided. "Unfortunately we have been hit with another ram raid this around 5.30a.m this morning," the owner posted.

He appealed for anyone who was driving past or recognised the van driver to get in touch with the shop or call police.

Police today said enquiries into the raid were still ongoing.

This week alone an East Auckland service station has been targeted, with BP Connect in Northpark extensively damaged when a stolen white Toyota Aqua was used to bust into the premises for cigarettes.

At the time police said a number of offenders entered the store and took a range of items before leaving the scene in three vehicles.

Two of those vehicles had since been found abandoned.

Around the same time that evening, police also responded to a ram-raid-style burglary at the My Choice Mini Mart on Sabulite Rd in Kelston, West Auckland.