A Whanganui woman who says she was brutally assaulted in an unprovoked street attack is now "scared for her life".

Vicky Firth, 52, recalled the horrifying attack to the Herald, by a man known to her who she claims has a meth addiction problem.

She said she was waking down Niblett St in Whanganui about 1pm on Saturday texting on her phone when he approached her out of nowhere.

"I never saw him coming," Frith told the Herald.

She said the man began ranting and swearing at her before headbutting her on the nose and her right cheek, causing her to topple backwards.

"He hit me at least eight times around my ribs on my right-hand side. Then I went down," Frith recalled.

She said that while she on the ground, he repeatedly kicked her in the head and continued yelling at her.

"It was a torrent of abuse. He threatened to kill me ... and said things like, 'I know where you live' and I'm going to f***ing kill you b**ch", she recalled.

"There was blood everywhere ... I was screaming for help.

"It was really traumatic. I couldn't even breathe."

She said she tried unsuccessfuly to ring 111 during the assault. However, a neighbour who witnessed the brutal attack was able to reach emergency services.

Before police arrived, another neighbour brandishing a chain came out to scare him away.

The attacker ran off and is still in hiding, Frith added.

"He left me in a big bloody mess ... I was hysterical when the police came ... It was such a vicious cowardly attack," she said.

Frith was taken to Whanganui Hospital where she was treated for a broken nose and fractured ribs.

"I'm just lucky that I came away with my life. If he hit me in the wrong part of the head I think I would be dead."

Frith's daughter, Maya Luttrell, shared a photo of her mother's injuries on social media. She said she was shocked by the state the attacker had left her mother's face in. 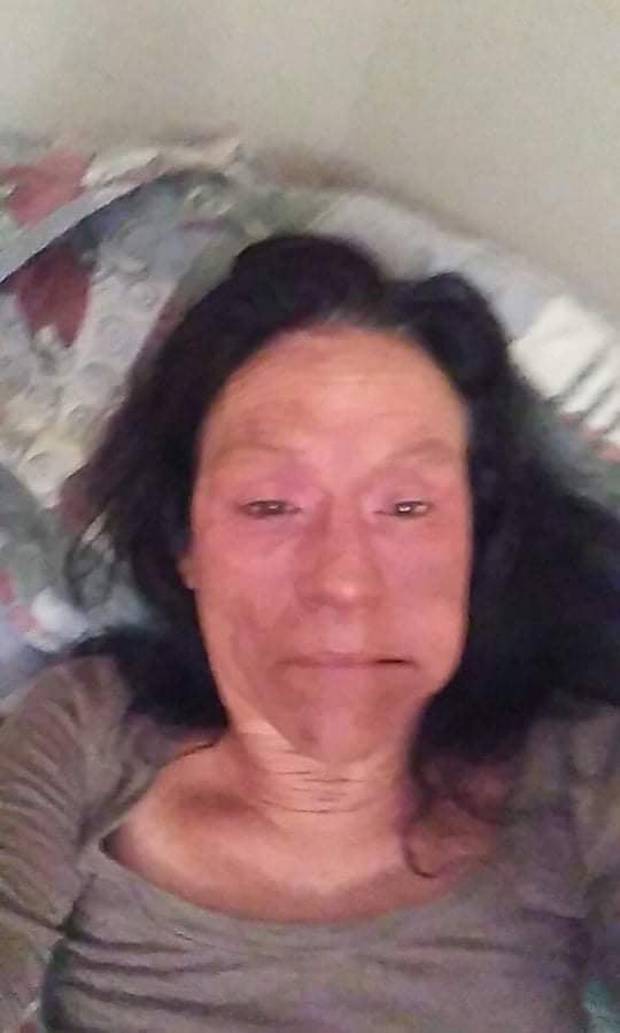 A Whanganui who was allegedly brutally assaulted in an unprovoked attack in the street said she is "scared for her life". (Photo / Supplied)

Since the image has been posted, Frith had received an outpouring of support from the Whanganui community as well as people from Australia and France concerned about her wellbeing.

She had also received messages from New Zealand gangs offering their protection.

"No one can believe it happened. People are in total shock," she said.

A police spokesperson confirmed that a report of the assault had been received and an investigation was underway.

Frith said that before the incident, she had issues with the man when he repeatedly texted her inappropriate messages.

She said he declared his love with her in texts, but she continued to ignore his messages.

Eventually, she spoke to the man's friend and asked him to have a word in a bid to stop further messages being sent.

Frith said she hoped the incident spread awareness about violence in New Zealand, stressing that "violence is not okay".

• Phone the police on 111 or ask neighbours of friends to ring for you.
• Run outside and head for where there are other people.
• Scream for help so that your neighbours can hear you.
• Take the children with you.
• Don't stop to get anything else.
• If you are being abused, remember it's not your fault. Violence is never okay

• White Ribbon: Aiming to eliminate men's violence towards women, focusing this year on sexual violence and the issue of consent. www.whiteribbon.org.nz