Police will not charge a man who uploaded a sex tape and graphic images of a Christchurch woman to multiple pornography sites without her consent because they cannot prove he intended to cause her any harm.

Almost a year after the woman learned her sex tape had been shared without her knowledge - and viewed by tens of thousands of people around the world - police have confirmed the man responsible will not be prosecuted.

Under the current legislation, even though Jacques De Koker admitted uploading the footage without consent and "apologised" after being lambasted by a Civil Court judge, police say he has committed no criminal offence.

His victim is gutted by the decision - but more angry at the legislation that enabled De Koker to post the intimate content without any consequence.

She hopes a push to change the law by Labour MP Louisa Wall will go through and save other women from the same fate.

The woman, who has been granted permanent name suppression, met De Koker in October 2019 and had a brief relationship with him.

De Koker is originally from South Africa but living and working in New Zealand.

One night he asked if he could film them having sex and after he promised he would not share the footage she agreed.

A further search revealed the tape was on other similar sites.

The woman has no shame around her sexual choices or the fact she made the tape - but said she never would have agreed if she thought it would be shared.

She said De Koker never asked her if he could post it online, and she would never have agreed.

When he published the footage - video and still shots - he had betrayed her trust, violated, humiliated and disempowered her. 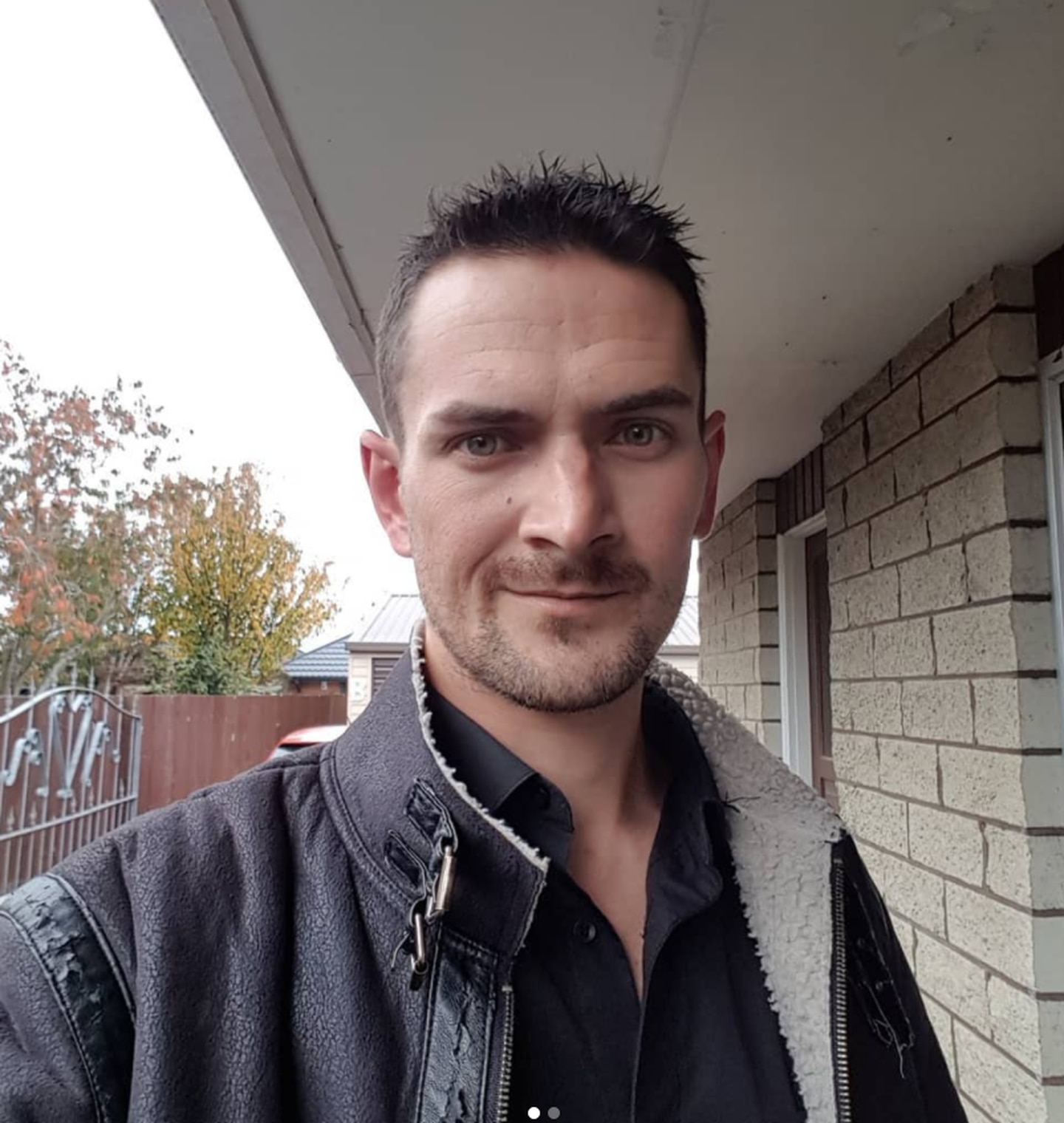 Jacques De Koker admitted to the Civil Court and police that he had uploaded a sex tape without the consent of the woman in it. He was not criminally charged due to current laws. Photo / Supplied

The woman complained to police in August last year and in October - hearing nothing back from them and desperate to ensure the man would not re-post the footage - filed a civil case.

At the civil hearing De Koker admitted his actions and consented to an order to take down or disable the material and to never post it again.

He was ordered to pay her $1700 in costs and reparation but to date has not. He failed to appear at an debt enforcement hearing on Friday and a warrant was issued for his arrest.

After winning her civil case the woman then went back to police.

After an 11 week silence, the woman's file was finally assigned to an officer in November and last month it was formally confirmed De Koker would not be charged.

He said the Police Prosecution Service and Crown Law Office provided legal opinions that under the Harmful Digital Communications Act 2015, De Koker's actions did not meet the "evidential test" under the Solicitor General's Prosecution Guidelines.

To prosecute under the act police must be satisfied that the person who posts the material does so "with the intention that it causes harm to a victim" and that it actually "causes harm to the victim".

"The law in its present state is that we have to prove that the person posting the [video] intended to cause harm to a victim," Murton said.

"Proof of the intent to cause harm is not there. Therefore based on my assessment of the evidence, and the legal opinions provided by the Crown as well as Police Prosecutions, and the further inquiries comp we are unable to lay a charge against Mr De Koker."

De Koker told police he posted the footage "simply to make money" and that the video did not show her identity, despite several of the woman's identifiable features being clearly visible.

Although De Koker would not face criminal charges, police had spoken to him at length about his actions.

"Mr De Koker is now fully aware of the perils and consequences of uploading such content to the internet without the permission of the other party," Murton assured.

"He has undertaken not to do so again.

"His intent, as he stated was not to cause [the woman] any harm, and he thought neither he or she would be able to be recognised. It turns out that was not the case."

Why the delay? Police apologise for slow investigation

He confirmed there was an "unfortunate" 11-week delay between the woman's initial complaint and an officer being assigned to investigate,.

The delay was due to "a large caseload of files awaiting investigation and other serious crime matters which occurred over that period".

"I have apologised to [the woman] for the delay in an email and intend to meet with her in person in the next couple of weeks," said Murton.

"Since [the officer in charge] took over the case it has progressed in a timely manner.

"Much of the delay is in obtaining the legal opinions, answering questions - especially in a case where the legal picture is not clear and whether a charge can be preferred under the existing legislation."

Murton assured the case was taken extremely seriously and the victim was at the forefront of their investigation.

"This case was somewhat unique in respect of the legislation available to prosecute the case, or not - this was the main issue," he said.

"Where there are learnings to be taken from this case they will be passed on to investigators.

"This case has identified a gap in the legislation [around] the posting of intimate visual recordings without all parties' consent."

The victim was "disappointed" by the decision.

"I feel like I have been failed by the New Zealand justice system and I am extremely hurt, upset, humiliated, and disappointed by every aspect of my ordeal," she told the Herald on Sunday, and also reiterated to police in an email.

"While I understand the decision, I feel there has been no justice for what I have had to endure throughout the last nine months of investigation and my exploited body and genitals will forever be on the internet without so much as a genuine sorry from the offender."

De Koker told police and Netsafe he was sorry but has said little to the victim.

He initially maintained he did not have to removed the footage.

"I can do whatever I want with them. Nobody knows our identity," he told the woman via a Facebook message.

In the Civil Court hearing Judge Tony Gilbert said De Koker had "obviously caused a lot of distress" to the woman.

"You need to be careful because there's the possibility of this being a criminal offence as well... make sure you don't do it again," he said.

"I can well understand [the woman's] upset at what has occurred because while she consented to the intimate visual recordings being made, she very certainly did not consent to them being splashed about the internet."

"I do apologise," he said, promising to pay the ordered costs "within a couple of weeks".

Judge Gilbert said the woman would be "surprised" at how many similar cases came before the courts.

"I'm sorry for what's happened to you," he said.

The woman spoke about her case to highlight the issue and encourage other women to report their experiences to police.

"Let us hope the HDCA Amendment Bill passes, and then the police can begin to press charges against offenders of image-based sexual abuse - regardless of the intent," she said.

"I would not wish this ordeal on my worst enemy."

Wall introduced the Harmful Digital Communications (Unauthorised Posting of Intimate Visual Recording) Amendment Bill this year, which seeks to explicitly make posting of such content without consent illegal and punishable by up to three years in prison.

Wall's amendment would state anyone who posts an intimate recording "knowing that the individual who is the subject of the recording (the victim) has not expressly consented to it being so posted; or being reckless as to whether the victim has so consented" has committed a criminal offence.

She said the Christchurch case highlighted exactly why the bill was needed.

"This case and unfortunately so many others - including many shared by victims during public submissions on this bill - really does highlight how deficient the current act is and how victims rights and therefore women's rights to access justice have not been adequately prioritised," she said.

"Imaged-based sexual abuse does lead to public humiliation, shame and mental distress that causes some victims to contemplate and to attempt suicide.

"And, the evidence is clear that image-based sexual abuse can also expose victims to the threat of being stalked, attacked, bullied and stigmatised and so we must do everything we can to hold the perpetrators of this abuse and violence to account for the harm caused by their actions."

"I salute the many women who have shared their stories," she said.

"They are the reason we as a parliament have been able to demonstrate why this law reform is needed.

"It is their bravery and resilience that will ensure that what happened to them will be punished in the future because we as a society will no longer tolerate image-based sexual abuse."

IMAGE-BASED ABUSE - DO YOU NEED HELP?

If someone has shared an intimate image/video of you, report this to the police and contact Netsafe.

Netsafe can help you get the online content removed and explain the options available under the law.

Their service is free and confidential.