A Christchurch woman allegedly cut her partner's throat and stabbed him repeatedly – stopping only when the blade became lodged in his spine.

She then dragged his body and hid it in dirt and leaves while she cleaned the scene and moved out.

Martin Berry's body then lay concealed in his back yard for several weeks before Rena Joyce walked into a local police station and told them she had "accidentally manslaughtered him".

The alleged murder followed a series of earlier assaults on Berry – who told friends he was scared of Joyce and feared for his safety but was too "ashamed" to speak up and ask for help.

He had a protection order in place against her when he died.

Despite her claims that Berry's death was accidental, Joyce was charged with murder.

The 56-year-old is defending that charge in a trial in the High Court at Christchurch before Justice Jonathan Eaton and a jury.

Police allege Joyce murdered Berry at his home on Main North Rd in Papanui shortly after the troubled couple returned home from a lunch with his family in late December.

His decomposing body was not discovered until mid-January after Joyce went to the police.

Thirty-one witnesses will be called during the trial – set down for two weeks – including police, forensic experts and family and associates of both Berry and Joyce.

This morning a jury was empanelled and underwent rapid antigen testing before they were sworn in.

This afternoon Justice Eaton addressed them briefly about their role and court processes before the Crown and defence delivered their opening statements.

The Herald can now publish details of Berry's death which until today could not be reported.

Crown Prosecutor Penny Brown told the jury that Joyce killed Berry by stabbing him in the neck and cutting his throat.

She then "dragged" him outside and "partially buried him", then "left him to rot".

Brown said the alleged murder was "the fatal climax of an escalation of domestic violence" that Berry suffered at the hands of Joyce.

Joyce had been in a relationship with Berry for about five years and lived with him at his property on Main North Rd. Rena Joyce, aka Moloney, is charged with murdering her partner and dumping his body at his Christchurch property. Photo / Peter Meecham

On December 30, a Tuesday, they went out for lunch at a local Indian restaurant with Berry's brother and his partner.

Hours later, he was fatally wounded.

The handle broke away from the blade, which was found lodged in his neck during an autopsy.

Brown said Berry was badly injured and bled profusely but Joyce did not render first aid or seek any help.

Joyce then allegedly dragged her victim to the back yard where she covered him – partially – with soil and leaves.

Brown told the court that it was unknown when Berry died – before he was dragged outside or while lying in his makeshift grave.

Over the next 15 days, Joyce went to the supermarket a number of times purchasing wine, cleaning products and rubbish bags.

She then proceeded to clean the house and attempted to conceal the bloody crime, Brown told the court. 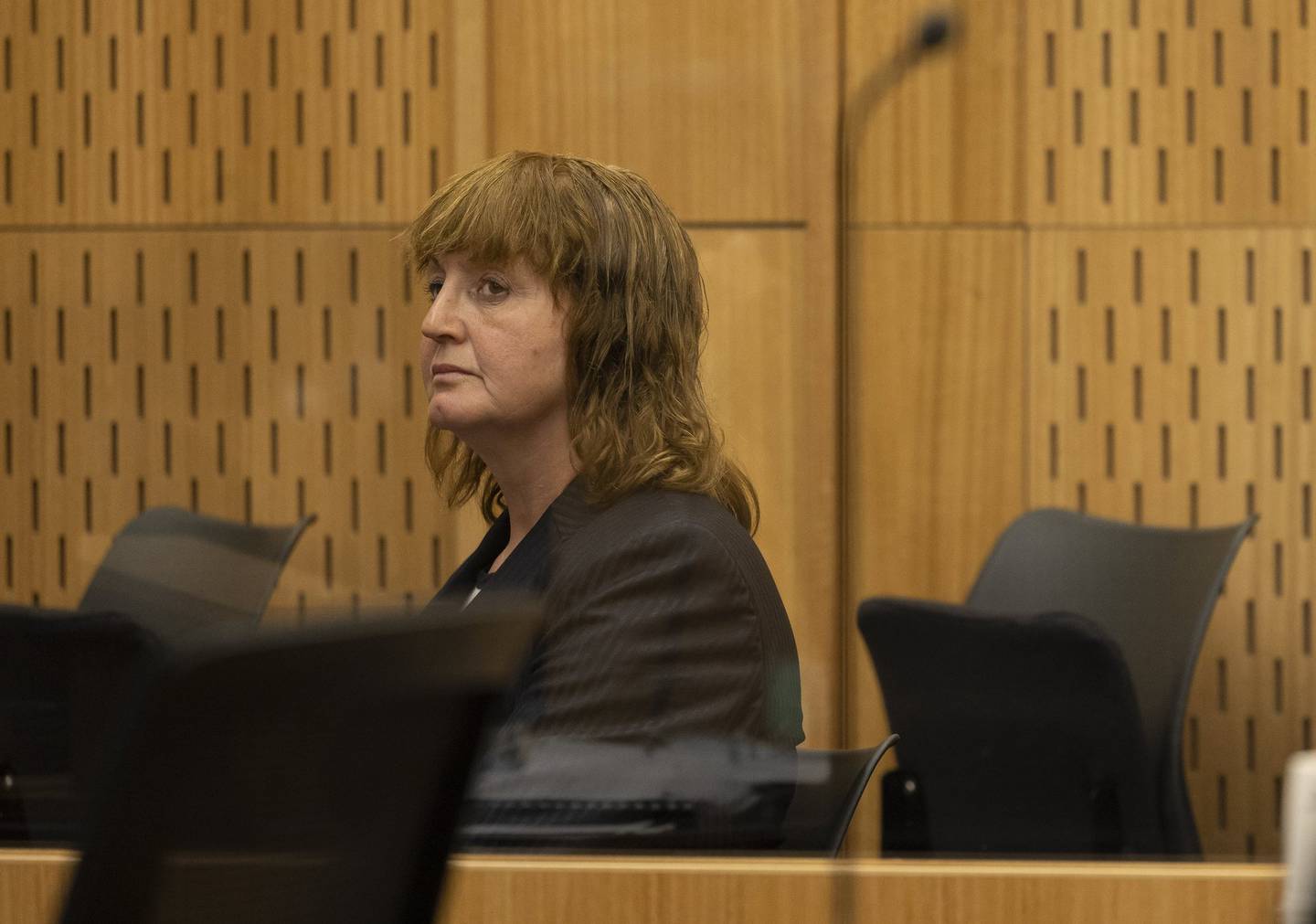 Rena Joyce, aka Moloney, allegedly killed her partner and dumped his body in a compost heap at his Christchurch property. Photo / Peter Meecham

It is alleged that Joyce then cleared all of Berry's personal property, clothing and furniture out of the house – discarding items into various rubbish bins in the neighbourhood that were collected over the next few days.

Joyce then packed up her own property and moved out, leaving Berry's body hidden in the back yard.

On January 19 last year she walked into the Christchurch Central Police Station and told staff Berry was dead.

She told officers: "I have buried my partner in the back garden."

She wanted "to confess" and told police that she had stabbed Berry after a "heated argument".

Joyce told police she "saw red and turned into a monster" but had not intended to kill him.

The court heard that Joyce told police she had "snapped and stabbed him multiple times with a knife" and that she "cut his throat". 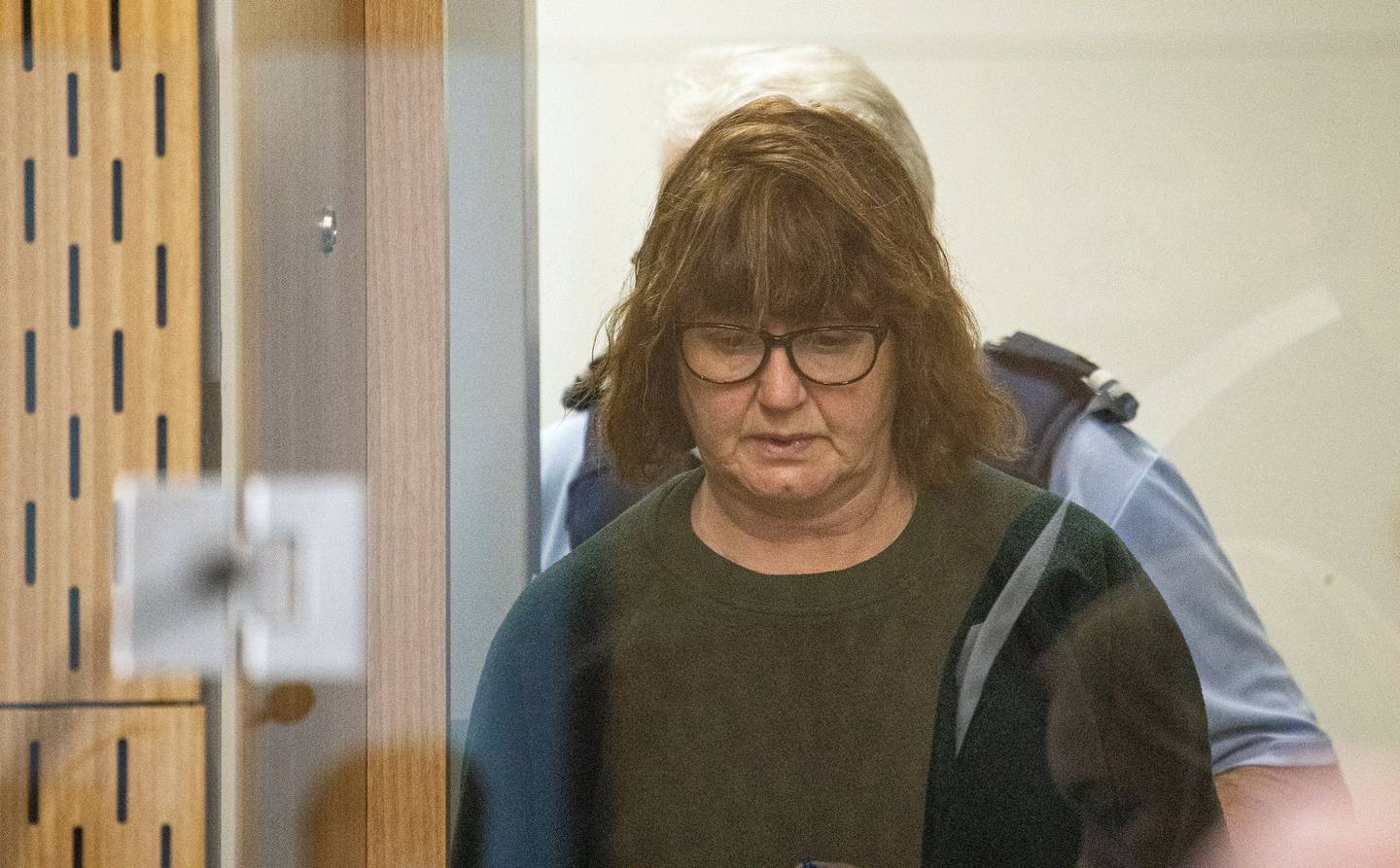 Rena Joyce, aka Moloney, is charged with murdering her partner and dumping his body at his Christchurch property. Photo / Peter Meecham

Brown said along with police who found Berry's body and investigated his death, the jury would also hear from people close to the couple.

Berry's brother will speak about how Joyce "had been violent towards Mr Berry and how he was scared of her".

He will also speak about how Berry would "walk the streets at night to get away from Ms Joyce."

Others who knew Berry will tell the jury about their concerns for him and his safety in the volatile relationship.

The jury will also hear more about the domestic violence he suffered at the hands of his partner.

At the time of his alleged murder, Berry had a protection order against Joyce, who had three convictions for assaulting him.

He said the main issue was whether the Crown could prove murderous intent.

His statement was brief and he said he would give a much more in-depth address later in the trial once he had heard the Crown's full case against his client.

It is not yet known if Joyce will give evidence in court, or call witnesses.

The jury then heard from one of the officers who found Berry's body.

Constable Fraser Woon said he was sent to carry out a welfare check on Berry at his home soon after Joyce presented at the police station and confessed to killing him.

He said he went to the backyard to look for any disturbed ground or evidence of Berry's body.

Woon and a colleague found a "mound of vegetation… that appeared to be a compost heap".

After checking in with their supervisor the pair took a closer look at the mound and started to clear the vegetation.

"We uncovered what we believed to be a human leg," he said.

Woon his colleague moved quickly to determine whether Berry was alive, calling an ambulance just in case.

They then uncovered Berry's head and it became clear that he had been dead for some time.

The officers then moved away from the mound and secured the property.

A homicide investigation was then formally launched and over the next few hours more officers arrived and a scene examination began.

He was lying supine and naked from the waist down.

Woon explained that Joyce had told police she "threw" cannabis plants on top of her buried partner but police did not locate them on the mound.

The jury was shown photographs taken at the scene of the mound before the police found Berry's remains and during their probe of the mound.

• Phone the police on 111 or ask neighbours or friends to ring for you.
• Run outside and head for where there are other people.
• Scream for help so that your neighbours can hear you.
• Take the children with you.
• Don't stop to get anything else.
• If you are being abused, remember it's not your fault. Violence is never okay