Ram raiders have stolen vapes after smashing through the entrance of a store in Auckland's outer west, police say.

The incident took place at about 3.40am at a Vapo store on Fred Taylor Dr in the Westgate shopping precinct.

Police said they received a report of people using a vehicle to gain entry to the store.

"The pair took vapes from the address before leaving the scene in the same vehicle," a police spokeswoman said.

"The vehicle was later located abandoned on Pua St, Westgate. Inquiries into the incident are ongoing."

It comes as ram-raiding youths - who have plagued Auckland businesses - had recently been favouring jewellery store smash-and-grabs, with at least two occurring in the city every week.

Reports to police of retail crime - from shoplifting to vandalism and ram raids - have also almost doubled in five years, with police and the sector confirming a "violent trend".

The monthly average of retail crime reported increased from just over 4000 in 2017 to just under 8000 in the first six months of this year, according to statistics provided to the National Party by police.

Police say a large chunk of the increase is actually down to improved reporting processes, which the National Party disputes, instead laying blame on "soft on crime" policies under Labour.

Meanwhile, a youth advocate has rubbished the calls for more punitive actions, saying young people are being let down by inadequate resourcing for preventative measures and to address complex social issues.

Police also told the Herald earlier this week they are boosting patrols around the city's ram-raid hotspots, but the nature of the crime means extensive work is required to locate and address offenders' behaviour.

In an exclusive interview, Auckland Detective Inspector Scott Beard said at least 12 smash-and-grabs had occurred across Tāmaki Makaurau in the six-week period from the end of May to mid-July. 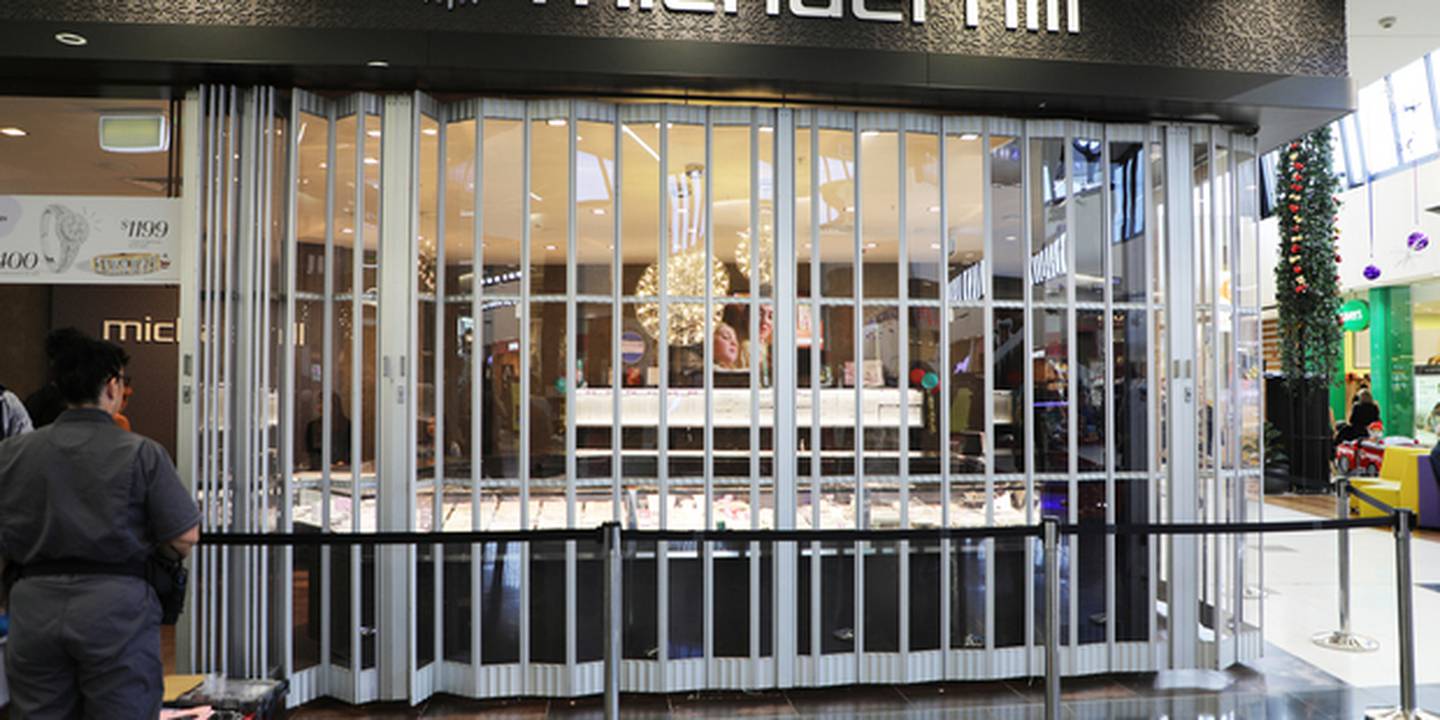 Michael Hill Jewellers have been the target of about half of the reported smash-and-grabs in recent weeks. Photo / Hayden Woodward

He noted Michael Hill stores had been targeted in roughly half of those incidents.

Beard also revealed police believed the offenders carrying out these crimes were many of the same people behind a significant spike in ram raids earlier this year.

"It would appear that we're talking about the same group of offenders and they've just moved into the aggravated burglaries where they're walking into a, for instance, Michael Hill Jewellers, smashing the glass cabinets, grabbing the jewellery and taking off," he said.

"I think a lot of this is around notoriety, bravado amongst their friends and their group, but also there's that opportunity to sell or get money from jewellery or wear it themselves."

Offenders were typically between 12 and 20 years of age, often equipped with hammers, crowbars or other metal bars.