More break-ins and at least one ram-raid incident have been reported in Auckland overnight - with thieves taking off with ice creams and vape items.

And police have confirmed eight youths have been arrested after one of the incidents.

A ram raid was reported at a car yard in the suburb of Glen Eden about 5.45am.

Police were called to GreenWise Cars, on Great North Rd, after a vehicle reportedly rammed into the fence. It is not known whether any vehicles inside the car yard were damaged.

A witness at the scene told the Herald a person was taken into police custody. They could be seen in the back of a police car, he said.

The incident was one of several reported around the city overnight. 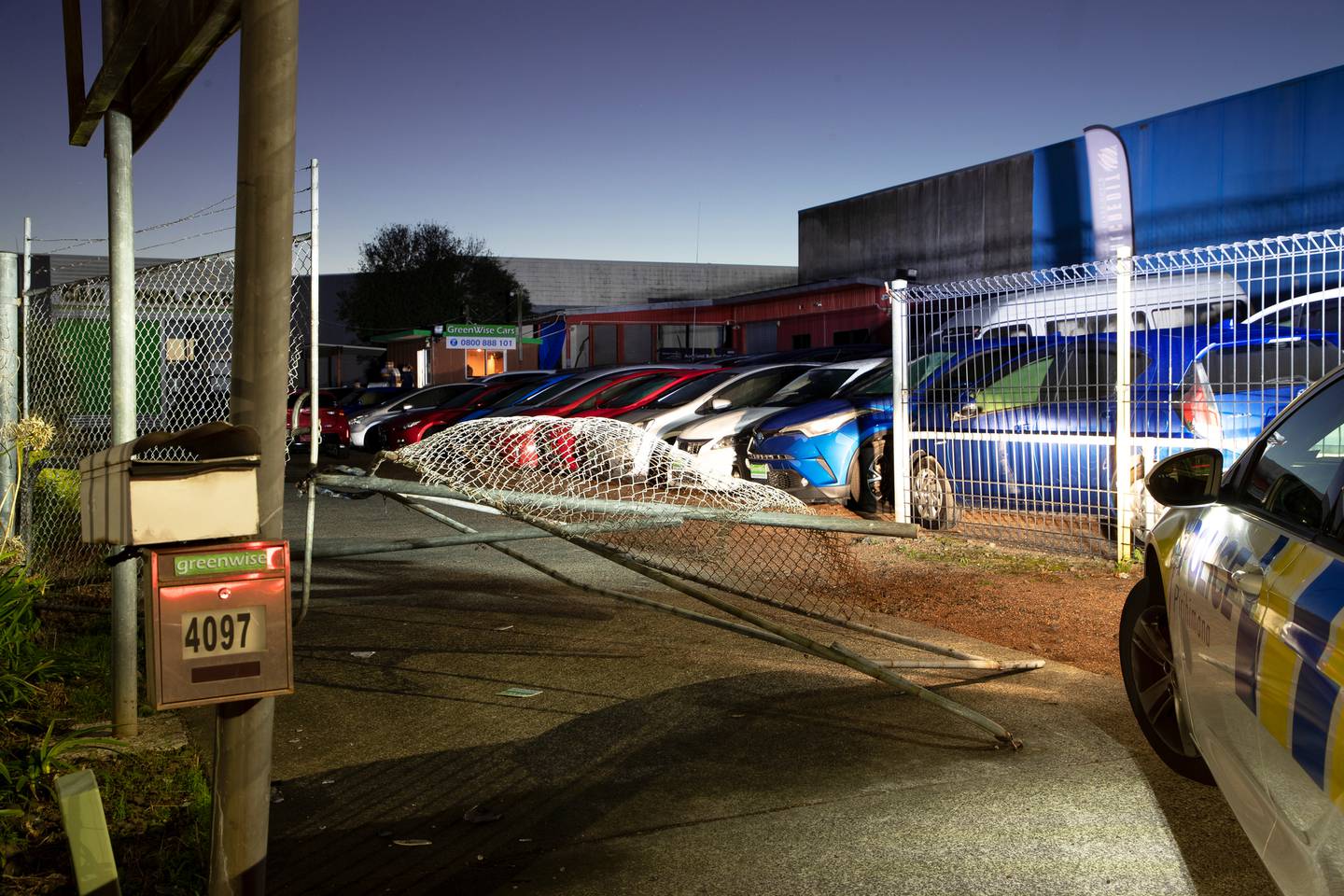 Earlier, a car - understood to be stolen - was used in a ram raid at the Smart Value Supermarket on Mt Smart Rd in Onehunga shortly before 2.30am.

Photos at the scene show the back of the car scrunched up as it sits on a tow truck.

It is not known whether anything was taken from the shop.

In St Heliers, the owner of the Ashby Roast & Takeaways store is having to deal with the aftermath of a smash and grab overnight also.

He told a witness there was no money in the store till at the time and that the thieves - said to be a group of youths - made off with a bunch of ice creams and drinks from the fridge.

The front door window of the takeaway store was left smashed and the till lay damaged on the floor inside; while the ice cream freezer was left wide open. 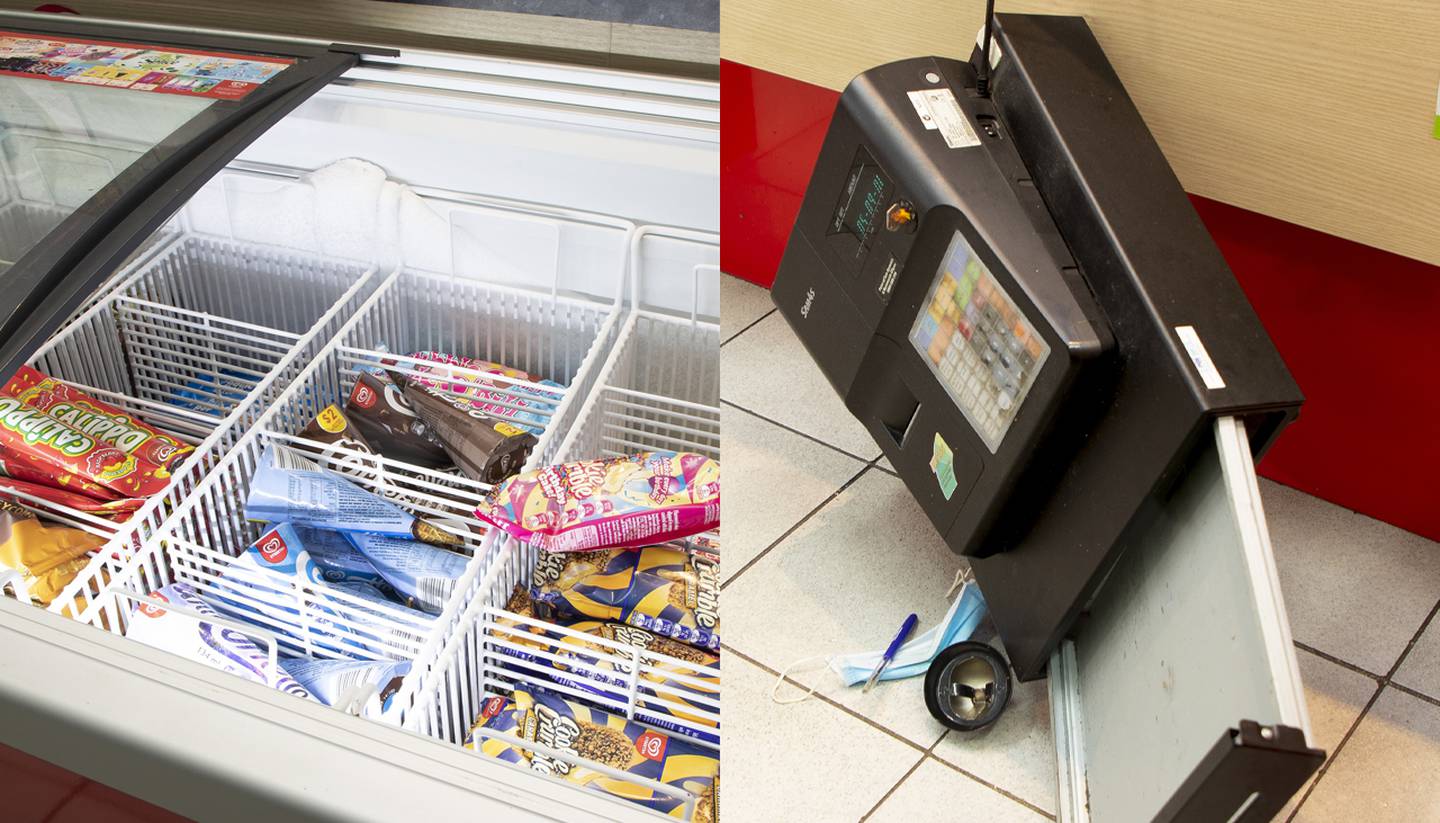 The young raiders took ice creams when they found no money in the till at Ashby Roast & Takeaways. Photo / Hayden Woodward

Further west of the city, shortly before 4am, police were called to a break-in at the Glendene Superette at the intersection of the Te Atatū Rd and Great North Rd in the suburb of Glendene.

The incident was not a ram raid, but allegedly a smash-and-grab incident.

It is understood a number of vape items were taken from the shop as well as a few bag of chips, according to a witness.

Police said that they had arrested arrested eight people - who they said were "all youth" - in relation to a burglary Glendene convenience store overnight.

Offenders had fled in two vehicles, with their movements monitored by police until they were apprehended in the Clendon area.

"Our enquiries are continuing at this stage."

Meanwhile, police are appealing for any information in relation to the burglary in Onehunga,

"A stolen vehicle has been used to gain entry to the store on Mount Smart Road, with offenders leaving the scene in another vehicle afterwards," police said.

"The stolen vehicle has since been recovered at the scene.

"Police enquiries remain ongoing into the incident and anyone with information can contact 105 quoting the file number 220512/3177."