Thieves have smashed a car into a Browns Bay jewellers in an early-morning ram raid burglary.

It is the second smash-and-grab at Augenstein's Jewellers and Watchmakers in less than a year, after they were also hit by a ram raid in May last year.

The latest theft took place about 4am on Saturday as two thieves appear to have reversed a small hatchback car through metal security screens and steel pole in the Clyde Rd store's shopfront.

Photos posted to Facebook show the car abandoned at the scene, doors open and lights on, and the store's front door crumpled behind it.

"The offenders took a number of items of jewellery," a spokeswoman said.

No arrests have been made and inquiries are continuing. 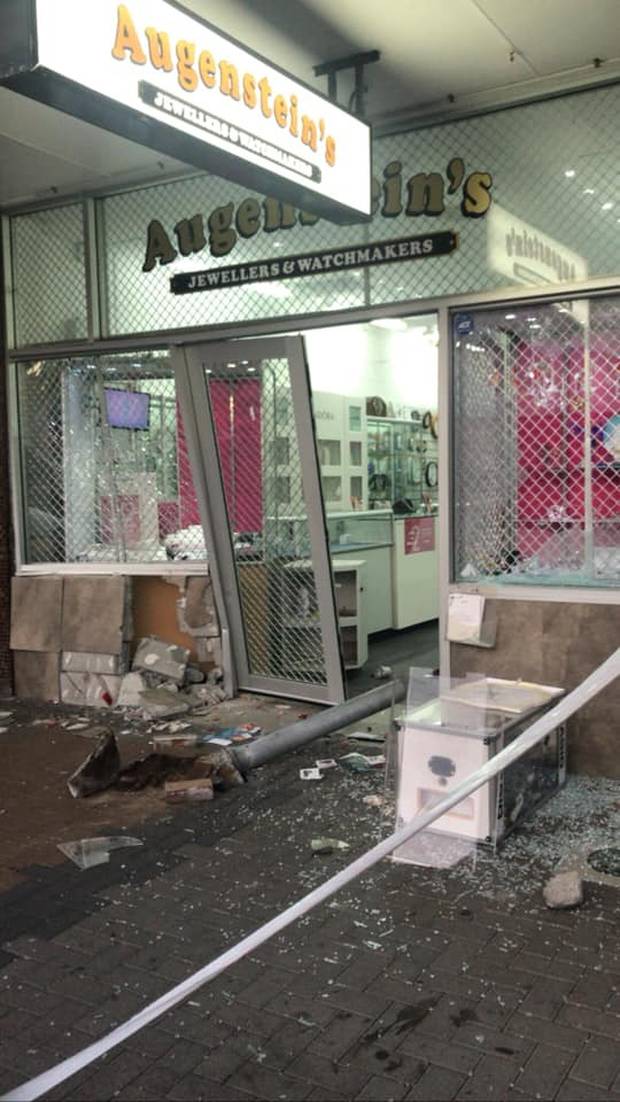 Thieves left behind a path of destruction at an Auckland jewellers, knocking down a steel pole and smashing through steel security doors. Photo / Facebook

One of the store's owners posted to Facebook saying it "happened again".

"All customer items are safe and undamaged. Thank you everyone for your kind words and continued support."

The store was also hit by a ram raid in May last year when a car was smashed through the shop front at about 10pm on a Wednesday night and some items stolen.

A spokesman for Augenstein's said at the time the stolen items were not of much value because all valuable items were kept in safes.

"The main thing is the store damage. We wish it didn't happen, but it did," he said.

The store has insurance.

A police spokeswoman said a stolen car had been used in the incident and four offenders, wearing hoodies and jackets covering their heads, fled from the scene in a second car with a quantity of jewellery.