A former Auckland detective who stabbed his wife to death 16 years ago will remain locked up after the Parole Board found he remained a risk to the community.

David Charles McSweeney, now 70, killed his wife Suzanne in a frenzied attack in 2006.

He reportedly used to brag he was the officer who cuffed the Rainbow Warrior saboteurs.

McSweeney attacked his mother-in-law after she found him in the act of killing her daughter at their business.

His son also came upon the horrific scene before police arrived, finding his mother dead and his father injured following a bungled suicide attempt.

McSweeney pleaded guilty and was sentenced to life with a minimum non-parole period of 15 years, upheld on appeal. The ex-cop has now repeatedly been denied parole.

At the time of the killing he was a failing businessman subject to a protection order from his wife. He earlier had a high-profile career in the police.

McSweeney was the officer who arrested the French intelligence agents who sabotaged the Rainbow Warrior. 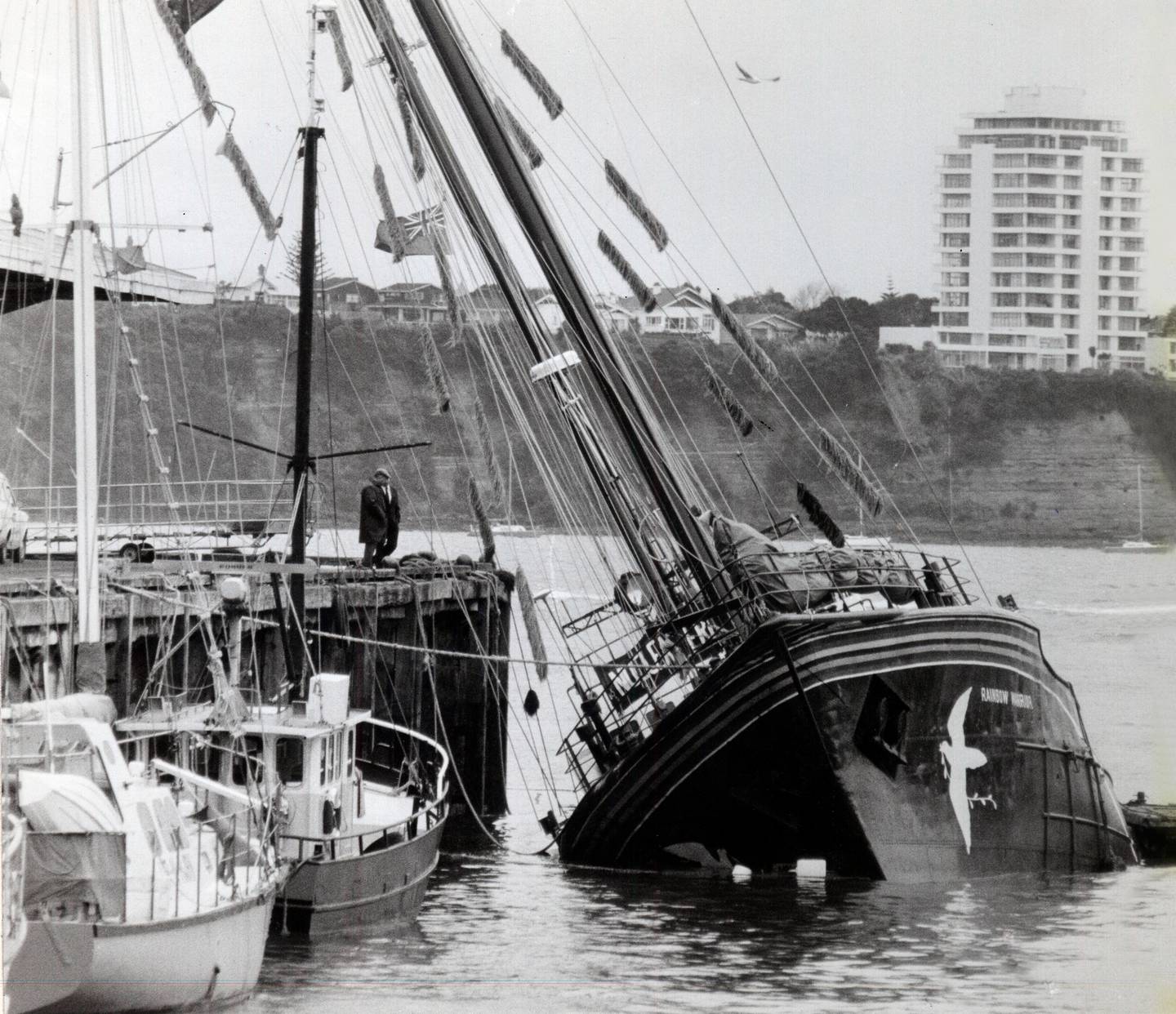 The Greenpeace protest vessel Rainbow Warrior lying partly submerged at Marsden Wharf in Auckland after an explosion ripped through the hull in July 1985. Photo / NZ Herald

He was later one of two investigators who oversaw the case against rapist Mark Stephens, dubbed the "Parnell Panther".

A parole decision released to the Herald following a June 30 hearing showed board members came away with a "very worrying view" of McSweeney's situation and his prospects for reintegration.

The board, chaired by Sir Ron Young, found he had been aggressive and controlling to his family in the years before the killing.

Young's decision said the board had been given information by McSweeney's step-children which cast doubt on his claim to have had a happy marriage with his wife before he killed her.

The stepchildren said McSweeney's claim of a happy marriage before the murder was a lie.

Instead, they told the board he was aggressive and controlling towards his family over many years.

Young said the board had tried to understand why McSweeney killed his wife of nearly two decades.

"We were not satisfied last time, nor are we satisfied this time, that we truly understand why he killed her."

McSweeney said their north Auckland textile business failing had caused stress. He also told the board his wife had taken a protection order against him that he feared could compromise his employment.

"That has never seemed an adequate explanation," Young said.

"When challenged about the killing of his wife and the circumstances he mentioned the 19 good years that he had provided for her.

"The background provided by Mr McSweeney's two stepdaughters gave us far more relevant information about a man who was aggressive and controlling over many years both to his wife and his children, and that fits in our mind far more with the lead-up to the circumstances of the murder."

A psychological report noted McSweeney had not received treatment focused on intimate relationships and that he has a "skills deficit" in that area.

"And so, for us he has not had sufficient treatment focused on his risk of reoffending. As we have said, he does not seem yet to fully understand what gave rise to the murder which we imagine will be an important prerequisite to valuable treatment."

McSweeney was again denied parole and will next appear before the board in December 2023.

Court documents dating from the time of McSweeney's failed appeal against his sentence shed light on the circumstances leading up to the killing.

His wife moved out of the family home on April 2, 2006, and went to live with her mother. She successfully applied for a protection order shortly after.

Four days after McSweeney was served with the order he drove past Creative Textiles in Silverdale's Anvil Rd, the business he and his wife had owned and operated. 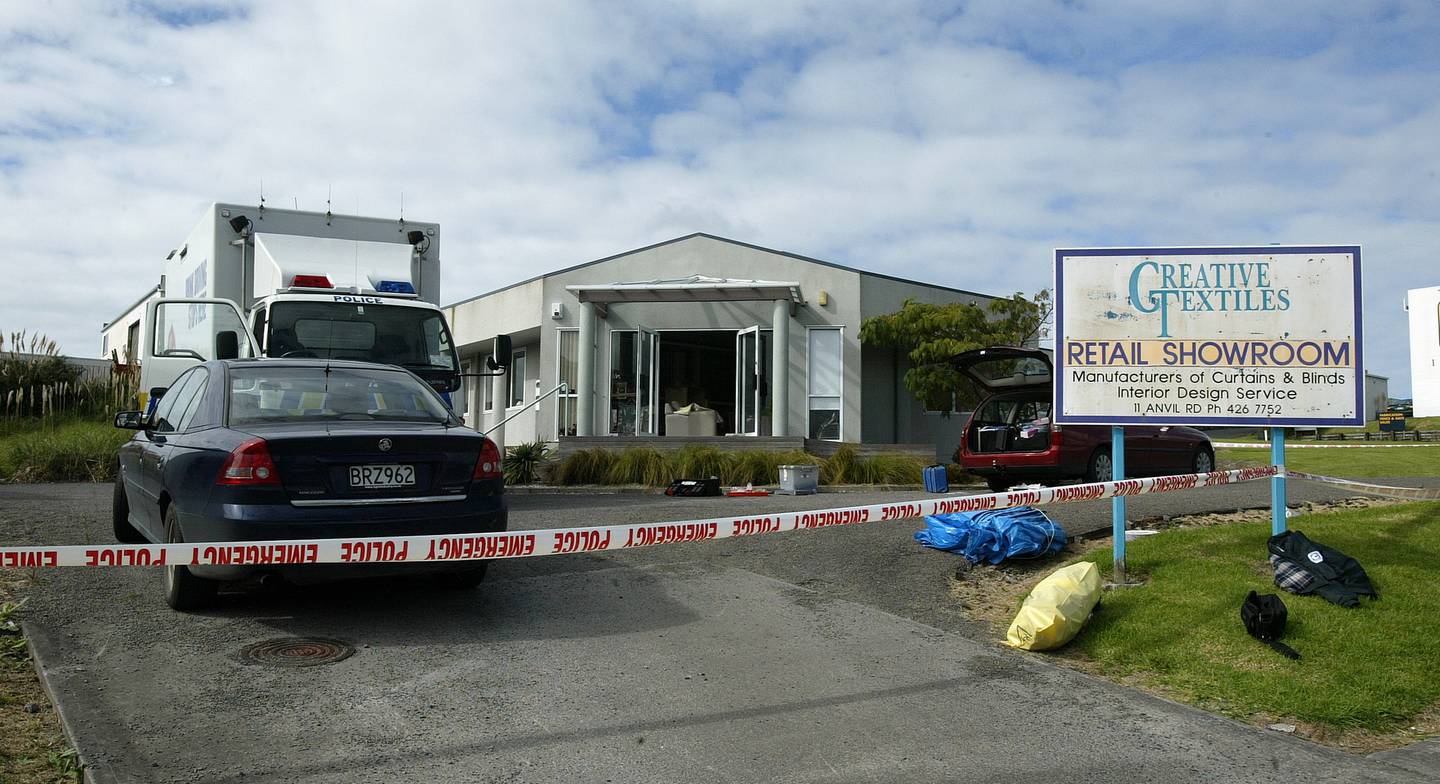 He then went and got his friend's car and went back to the business, knowing his wife would call the police if she saw his car.

McSweeney parked in the lot of a neighbouring business. His statement said his wife saw him and greeted him, and the pair spoke for a short period before he became enraged.

"You say she cried out to her mother and started screaming and that you just wanted to stop her screaming," a summary of events from Justice Geoffrey Venning said.

"Mr McSweeney you stabbed the deceased and killed her in what can only be described as a frenzied attack."

A pathologist's report found there were about 30 stab wounds to her arms and upper body.

A stab wound through her heart proved the fatal wound.

He also cut her throat.

During the attack, his wife's mother heard screaming and came into the office where she saw McSweeney hunched over her daughter, who was screaming and struggling.

He knocked his mother-in-law to the ground, injuring her, before failing in an attempt to kill himself.

McSweeney's son arrived at the premises to find his mother dead and his father injured after the unsuccessful suicide attempt.

For the assault on his mother-in-law, McSweeney received a concurrent sentence of nine months.

He is currently serving his sentence at Whanganui Prison.