A prominent businessman has been jailed but continues to vehemently deny indecently assaulting three people and later trying to bribe one of his victims.

The businessman, who continues to maintain interim name suppression, was also convicted - alongside others - of twice trying to pervert the course of justice by offering a bribe for the 2016 victim to drop their claims.

One of the businessman's corruption convictions was for hiring PR consultant Jevan Goulter for an elaborate attempt to convince the 2016 victim to drop their allegations. It has become known as the "Gold Coast plot".

The other attempt involved entertainer Mika X helping the businessman attempt to derail the court case with a $15,000 bribe. The businessman was jailed for two years, four months when he appeared in the High Court at Auckland today. (Photo / Michael Craig)

But his outward success and status, he said, was a veneer as he used his wealth and power to indecently assault people and later attempt to thwart any attempt to hold him accountable.

Justice Geoffrey Venning told the businessman: "You had others do your dirty work."

However, the businessman's lawyer David Jones QC said his client had made an "unparalleled contribution" to New Zealand and the assaults "can not take away the benefit he has provided, to literally, the country".

Throughout the case, which first began in court in February 2017, the businessman has strenuously denied the charges and said he was the victim of an "amazing blackmailing circuit".

He continues to deny any wrongdoing and Jones has earlier indicated his client will appeal his convictions.

A pre-sentence report said the businessman considered himself a victim of tall poppy syndrome.

Taking into account his contribution to society and health concerns - which had earlier seen the sentencing adjourned - Justice Venning ultimately imprisoned the man for two years and four months.

The judge said it would be wrong to not jail the man.

Jones immediately said the court would be seeking bail for his client later today, pending an appeal.

Two of the businessman's three victims were in court to read statements.

The man assaulted in the early 2000s said when he sees the businessman's name and successes in the media he is taken back to the night he was followed around a dark manor and attacked.

He went to police after the businessman's first trial was aborted in 2018 due to the emergence of a recording of three conspirators - Goulter, his associate Allison Edmonds and the businessman's manager - talking about the case at a bar.

Goulter and Edmonds were both granted immunity from prosecution in exchange for their evidence for the Crown, which was reviewed and remained after the recording came to light.

The victim from the early 2000s told the court he expected the businessman to rely on his philanthropy in a final attempt "to wipe away the guilty verdict".

Earlier this month, the influential man emailed more than 100 people and organisations asking for letters of support to present to the judge.

"I would greatly appreciate such support ... I am innocent of all charges," he wrote.

"I would doubt I would survive any period in prison. In these circumstances innocent people can and do rot in jail only to be cleared some time later. Such is the law." 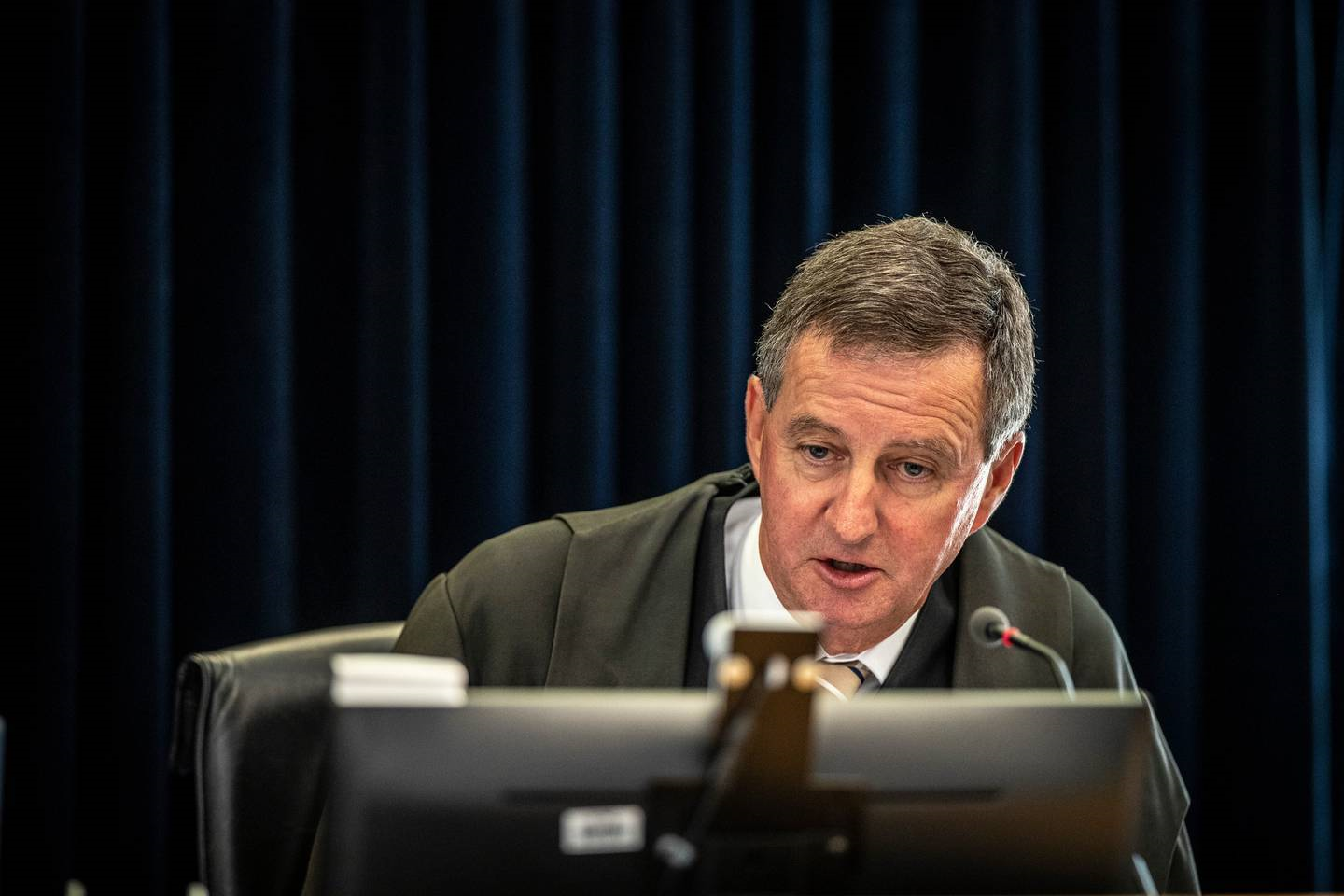 Some letters of support were written for the businessman, however, the court heard those who had did not wish for their names to be revealed.

Justice Venning said it was "odd" for someone to write a letter supporting the businessman but doesn't want anyone to know.

The victim assaulted in 2008 also told the court it was difficult seeing the businessman continuing to play a respected role in the community.

"I knew at some point I should go to the police," he said.

He added there was a lack of remorse from the businessman, while a community of betrayers who knew of his criminal acts had also looked the other way.

"It's about power, power that [the businessman] had that I did not," he said.

"The power balance has shifted, the three of us have told the truth … and in doing so we've taken some of the power that this person took from us."

Foote also read the statement of the 2016 victim, who lives in Australia.

The assault has impacted the victim's working life and effectively ended his career dream after the court case went from several months to several years, the court heard.

The businessman's manager, who has name suppression, was also in court today to watch the sentencing.

He was on trial alongside the businessman and jointly charged over attempting to dissuade the complainant during the Gold Coast scheme in May 2017.

He was found guilty and earlier sentenced by Justice Venning to 12 months' home detention.

He was sentenced to 11 months' home detention after admitting two charges of attempting to dissuade and bribe the 2016 victim.