People are being urged to call the police and not risk themselves if a crime is being committed, after members of the public intervened to prevent an attempted burglary of a jewellery store in Remuera on Monday.

Three people attempted to use weapons to gain entry to the store, one armed with an axe. They started "attacking" the window of About Time in Remuera and members of the public confronted the offenders, eventually stopping them.

A Police spokesperson said while they appreciated that members of the public want to prevent harm, their advice "is always to call 111 in an emergency".

"The people who attempted to stop this group put themselves at significant risk of injury, or worse."

A video footage taken at the time showed other store owners and locals had emerged in an attempt to stop the offenders.

Co-owner of Pro Consult Stuart Hobbs ran down and picked up a sign to defend himself, he can be seen in the footage bailing the group up behind some stairs before following them to their car where he rammed them from the passenger side.

Another man can also be seen hitting the car.

Despite their best efforts, the offenders managed to get away in a silver Toyota Aqua.
Police would like to hear from anyone who has seen a silver 2016 Toyota Aqua hatchback, registration NUF766, or saw it in the area at the time of the offence.

"The vehicle is distinctive as the back window was broken during the incident," the Police spokesperson said. 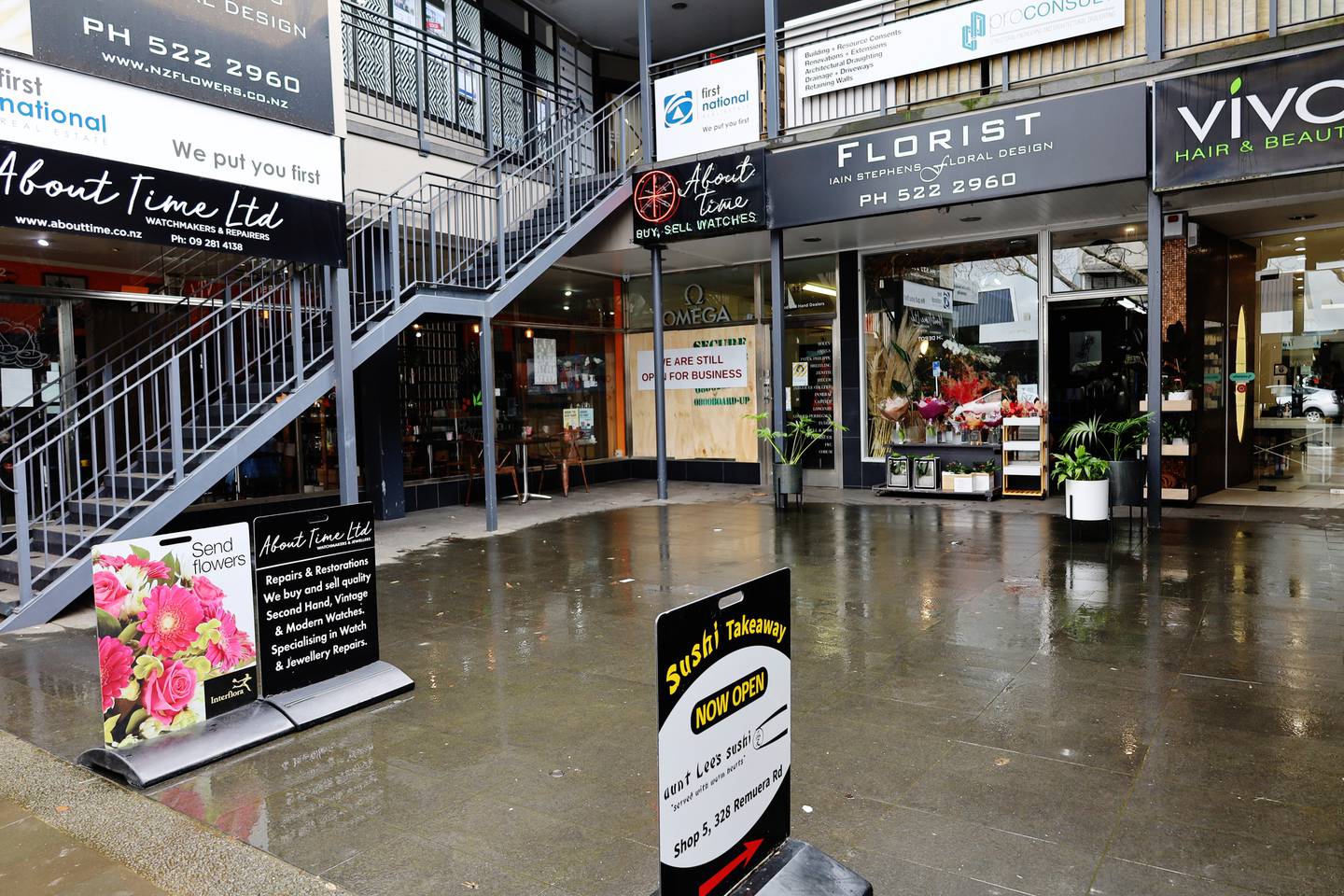 About Time jewellery store in Remuera was hit with an attempted burglary on Monday. Photo / Jed Bradley

Owner of the store, Rebecca Alexander, had said the offenders wouldn't have got away if a person who was in the traffic waiting at a red light didn't pull away to make way for the offenders to get through.

She said they've had to be "super" vigilant.

"We've got a lock-in, lock-out system so you have to buzz to get in, I look at you and see if I think you're suitable," she said.

"New Zealand used to be a safe wonderful country that we all wanted to come back and live in and now it's, yeah, scary."

This was the second time in a month that the store had been targeted and Alexander suspected they were the same offenders.

Information can also be provided anonymously through Crime Stoppers on 0800 555 111 or www.crimestoppers-nz.org.