A new clue has emerged in the "execution style" murder of David Kuka who is believed to be a victim of mistaken identity.

And police say his death is "most likely" connected to the fatal shooting of a gang member at the same address five weeks earlier.

The silver Ford Falcon - with a red bonnet - is being treated as a "vehicle of interest" by police investigating the "premeditated and cowardly" shooting of Kuka in Tauranga last year.

The distinctive car was last seen in the late afternoon and evening around Tauranga on 11 February 2018, a few hours before the 52-year-old Kuka was killed.

Security camera footage of the car have been released by the investigation team and featured on the Police Ten 7 television show. 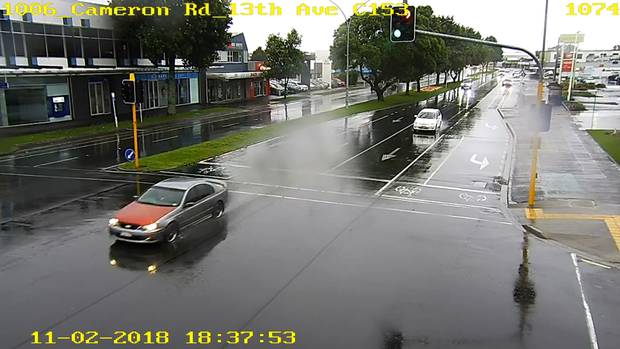 A Ford Falcon - with a distinctive red bonnet - is of interest to police investigating murder of David Kuka. Photo / Supplied.

The Ford Falcon is the second car at the centre of the inquiry.

Detective Sergeant Paul Barron confirmed police were still seeking sightings of another vehicle, also a silver sedan, seen in the Greerton area and Welcome Bay on the day of the murder.

"It's vital anyone with information about the two vehicles we're interested in, or anyone who knows about Mr Kuka's death, contacts us."

Kuka, a devout Christian and father-of-four, was home alone at a Wilrose Place address in Gate Pa when he shot around 10pm on the 11 February 2018.

Police believe he was an innocent victim of an "execution style" shooting who was wrongly targeted in a case of mistaken identity. 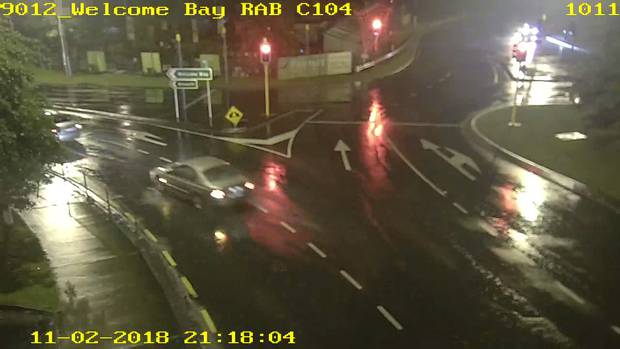 This silver sedan seen in Welcome Bay and Greerton is still important to the police inquiry. Photo / Supplied.

Last year, the Herald revealed the police were investigating whether Kuka's death was connected to the fatal shooting of Lance Wayne Waite at the same address five weeks earlier.

Waite was a life member of the Notorious Mongrel Mob chapter with a serious criminal record.

While the inquiry team previously said the link between the deaths could not be ruled out, Barron now says Kuka's murder was "most likely connected" to the shooting of Waite.

Kuka had previously been in Black Power but left the gang in 1999 after becoming a Christian.

In an exclusive interview to mark the first anniversary of her Kuka's death last month, Te Kimioranga Te Kuka said she wanted the public to know her father had nothing to do with drugs or gangs anymore.

"He had completely turned his life around. He was in the wrong place at the wrong time."
People might not know David Kuka's name, but they'd recognise his face.

Tall and rangy with long dark hair, was a well-known figure in downtown Tauranga where he'd walk down the street with his fist raised to the sky, pointing to heaven.

Wearing a leather vest with a cross on the back, Kuka would spend his weekend nights busking with his guitar and singing about his saviour.

"He really cared about other people. People would remember him, if they stop to think. We miss him heaps."

Kuka was last seen playing his guitar at the commercial building which he used as a workshop for his wood carving.

Examples of Kuka's work with master carver James Tapiata are dotted around Tauranga - he helped on the Matariki carvings on the Strand, as well as the whare at Tauranga Boys' College - and overseas. 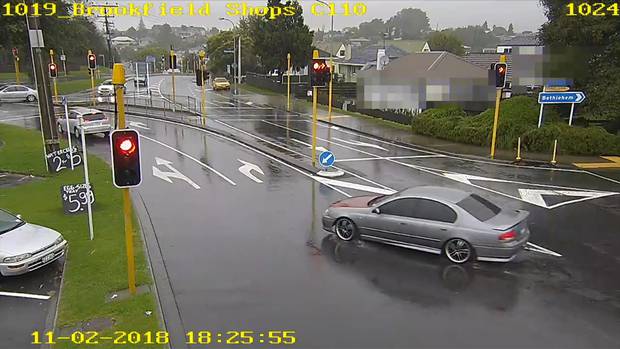 A Ford Falcon - with a distinctive red bonnet - is of interest to police investigating murder of David Kuka. Photo / Supplied.

"He loved telling stories through carving," said Te Kimioranga. "He was very talented and loved working with his hands."

Of Ngai Te Rangi and Ngati Porou descent, her father was one of 10 siblings raised on Matakana Island, then in Greerton.

Tall and physically imposing, Kuka was a keen rugby player during his school years at Tauranga Boys', but loved music most of all.

"He was a gentle giant," said Te Kimioranga. 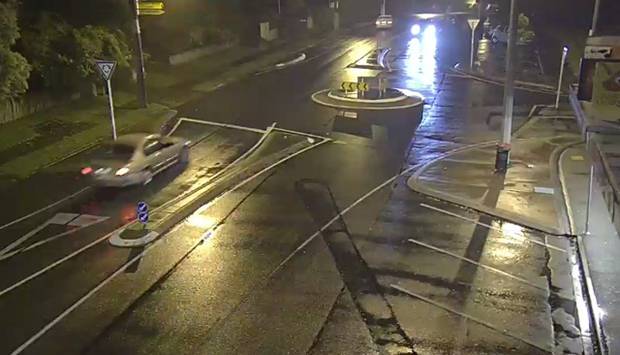 This silver sedan seen in Welcome Bay and Greerton is still important to the police inquiry. Photo / Supplied.

One particular story of his compassionate nature emerged only after his death.

About six months earlier, Kuka saw a young man stumbling along the street in the Tauranga CBD one evening.

He had been assaulted and Kuka wrapped his own bandanas around the youth's head to stop the bleeding, while calling 111 for help.

Kuka waited with the young man and called his mother to reassure her, before quietly slipping away when the ambulance arrived.

The young man's family never had a chance to thank the Good Samaritan - until the mother saw Kuka waiting to be embalmed in the funeral home where she worked.

"We had no idea Dad helped that boy, he was so humble," said Te Kimioranga.

"We didn't know until the mother saw him in the funeral home, it was amazing. He really cared about people."