Police have launched a homicide investigation following the death of a 39-year-old man in a firearms incident in Rotorua last night.

A man is in custody in relation to the incident but has not yet been charged.

Guards were in place overnight at two scenes in the Mangakakahi area and scene examinations continue today.

A reporter at the scene said forensic police wearing boiler suits and masks had arrived at Clayton Rd scene.

Emergency services were called shortly before 8pm and police said the victim had died at the scene. 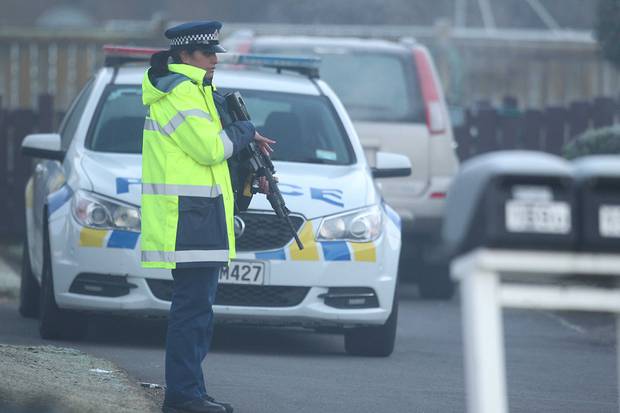 Police at the scene of a homicide in Rotorua. Photo / Ben Fraser

Krista Beamsley lives on Alison St and said she heard what sounded like two gunshots.

She said police armed with guns and accompanied with dogs had been covering the area and turning cars away from the street.

A woman heading to a friend's on Alison St was stopped at a roadblock manned by a heavily armed policeman. 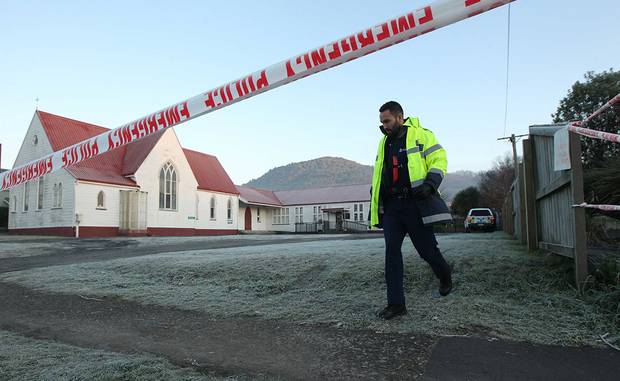 Police at the scene of a murder investigation on Clayton Rd. Photo / Ben Fraser

She said she had since heard from people who lived in the area they could hear a fight at a house at a rear section on Alison St.

She said the fighting got so loud and a man was screaming for help that people went outside to see if everyone was alright.

Police at the scene of a homicide in Rotorua. Photo / Ben Fraser

One of the people in the area managed to stop the fight.

A short time later, armed police arrived at the house and took one of the men into custody, the woman said.

More information will be released as it becomes available.