"Clever" inventions by gunmakers have successfully circumvented bans on semi-automatic firearms overseas but the Government promises to "future proof" gun laws from leaps in weapons technology and stop history repeating itself.

The Herald on Sunday found several examples of firearms or devices designed to get around prohibition on semi-automatic weapons, such as the proposed law in New Zealand likely to be passed this week.

In the United States, the "Kali Key" is a device which turns an AR-15 semi-automatic rifle - like the one used by the alleged Christchurch shooter and other mass shootings around the world - into a bolt action rifle.

The device is promoted as a way around the ban on semi-automatic weapons in California - hence the name - and other states with tight gun control.

Shooters can still rapidly fire the AR-15 with the Kali Key, which slots easily into the firearm, but is now technically a bolt action rifle and therefore legal.

Reviews and comments of the device also highlight how easily the Kali Key can be removed to turn the AR-15 back into a semi-automatic, if so desired.

While a semi-automatic rifle fires one round each time the trigger is pulled, the VZ 58 MARS (Manually Activated Release System) leaves the bolt open after each shot is fired.

This means the shooter has to pull the trigger a second time to close the bolt - therefore the rifle is not semi-automatic - before firing again.

Again, online reviews of the VZ 58 show how quickly these rifles can be fired with enough practice and lauding the manufacturers as "clever" for getting around the semi-automatic definition. 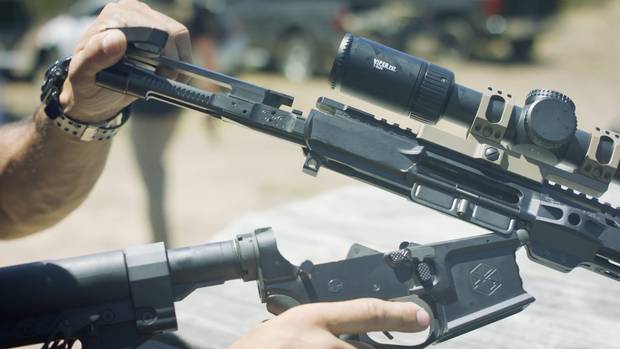 The United Kingdom - which banned semi-automatic rifles in the 1980s - is currently considering a new law to ban MARS firearms which police believe are as dangerous as already illegal firearms.

The Kali Key and the MARS firing system are "exactly" the type of innovation the Government must bear in mind when drafting New Zealand's new gun laws, warned Police Association president Chris Cahill.

"This is the problem. This is exactly why the law has to be all encompassing...these are the sort of loopholes that have to be covered off, so no one can get around the intent of a meaningful ban on these weapons."

"The second phase of changes, which we hope to introduce in June, will address the need to future-proof our gun laws. We need to make it easier for future Parliaments to respond quickly to further technological and social change."

Nash is currently considering submissions on the Arms (Prohibited Firearms, Magazines, and Parts) Amendment Bill made to Parliament's finance and expenditure select committee, which he expected to become law by the end of the week.

Last week, the bill passed its first reading with the support of all political parties except for Act.

Within a week of the Christchurch terrorist attack, the Government moved quickly to reclassify semi-automatic weapons with a calibre greater than .22 as Military Style Semi Automatics (MSSA).

These weapons, such as the AR-15 used to shoot dead 50 innocent people, were previously available on standard A-category licence.

Parts such as high-capacity magazines, which were available to anyone with or without a licence, would also be banned.

When passed into law, all MSSAs will become illegal as well as any part which can enable firearm to be "fired with, or near, a semi-automatic action".

But if the legislation is not carefully worded to be "all encompassing", Cahill warned history could repeat itself. 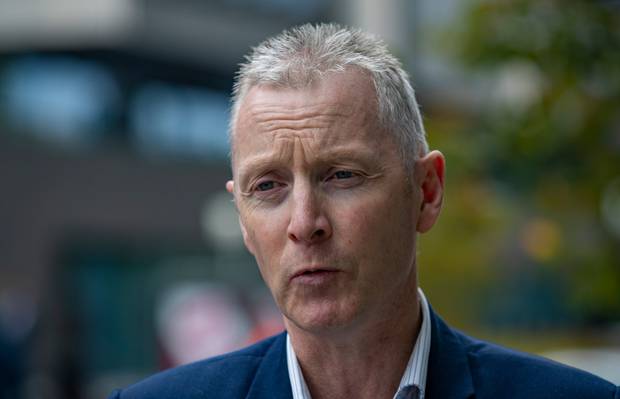 Following the Aramoana massacre in 1990, in which loner David Gray gunned down 13 people, the National Government of the day moved to ban "Rambo" style guns. But it failed.

Instead, a new category of firearms called Military Style Semi Automatic (MSSA) was created and anyone who wanted to own them needed an E-category licence, which was harder to obtain.

Any MSSA - with the defining features a "free-standing pistol grip" and magazines holding more than 7 rounds - also had to be registered.

However, a gun owner was successful in challenging the police over the definition of an MSSA in the High Court in 2009.

This led to the situation where some semi-automatic firearms, such as the AR-15, were defined as A-Category because the stock was attached to the pistol grip.

Now reclassified as E-Category (and soon to be illegal) no one knows how many of these firearms exist, or are in the hands of criminals.

This is because, while E-Category MSSA were registered and prospective buyers needed a permit after Aramoana, there were no such requirements for A-category firearms.

While it's a criminal offence to supply A category firearms to anyone without a licence, firearms holders selling guns in private sales are not required to keep records of the person they sold the firearm to.

As a result, there is no accurate estimate of how much the "buy-back" scheme - where gun owners will be paid to return now illegal firearms - will cost the taxpayer.

Treasury estimates anywhere between $100 million and $200 million, while the Gun City's David Tipple believes it will be more than $500 million or even as high $1 billion.