"How have you been?"

"Not the best to be honest Jim."

"Jim I'll be honest with you, my life hasn't been the best. I'm suffering from depression, anxiety. I've abused drugs and alcohol … things aren't the best."

"Jim, why did you do those things to me? That's the question I need to ask you."

"You know exactly what I mean. Why did you sexually abuse me?"

That's how Charlie (not his real name) recalls a phone call with the former teacher who sexually abused him when he rang him from a police interview room in Australia last year.

It was a call he says marked the beginning of the end for James Booth when the boy he'd groomed for years, now a grown man, set a trap for him - and laid the foundation for police to prosecute him.

But really, James - or Jim to his friends and students - had made the trap for himself when he began systematically grooming and sexually abusing Charlie when he was just 12 years old, as well as abusing three other boys. 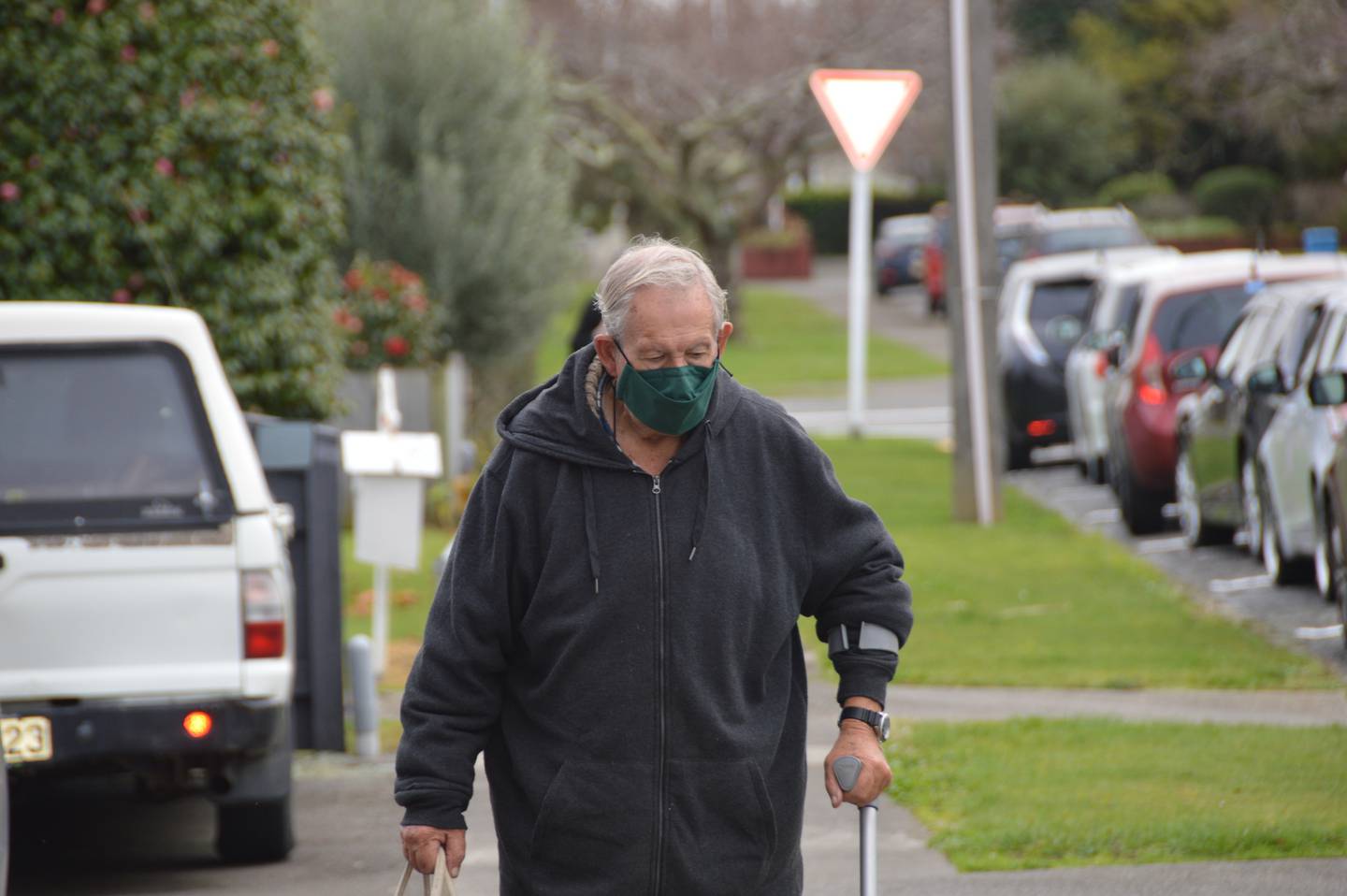 He describes the feeling as cathartic. A release of what he'd been wanting to say to him for over 20 years.

Several days later New Zealand police arrested Booth on an island near Picton, where he was setting up for a two-week long school camp.

They'd moved fast on the back of the recorded phone call, deciding it wasn't worth the risk to wait.

"It was kind of strange because I'm here seeking help from the police but the power was given back to me, I was given the opportunity to confront the person that had done this to me," Charlie told Open Justice. 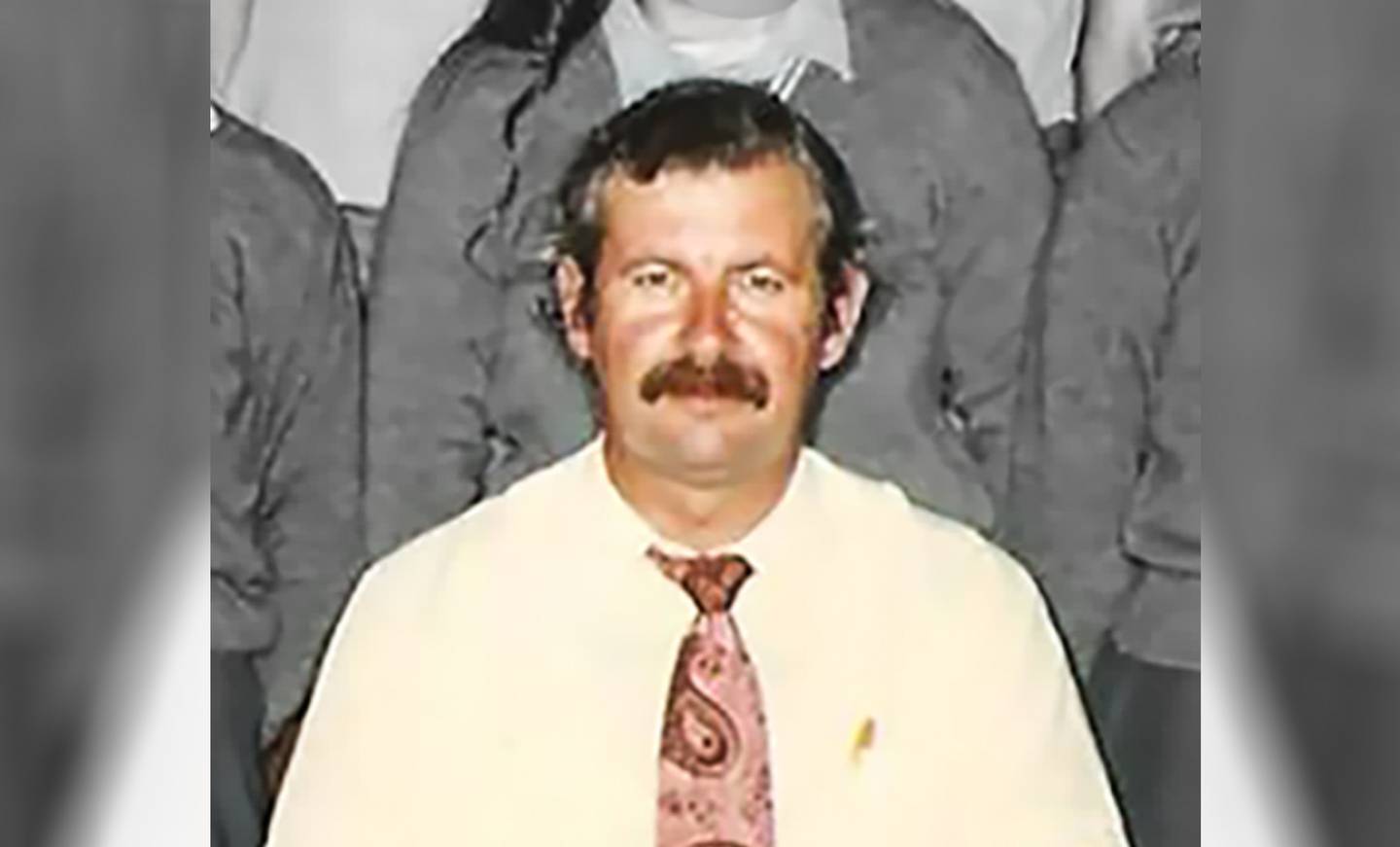 James Booth was a teacher at a school in Manawatu for over three decades. Photo / Supplied

Earlier this year Booth appeared in Palmerston North District Court and pleaded not guilty to eight counts of indecency with a boy between 12 and 16; and nine charges of sexual violation by unlawful sexual connection.

However, today he changed his plea today and pleaded guilty to all 21 in the Levin District Court.

Three other people came forward from the same school where Booth had taught for most of his career - and while Booth himself is a well-known figure in the Manawatu community, the school where he taught has been permanently suppressed by the court. The school successfully argued that identifying them would hurt their reputation in the community.

However, most of Booth's offending took place at a location in the central North Island where the school would host many of its camps for its students.

Booth was able to use the facilities whenever he wanted and would travel there most weekends.

He would take boys that he'd taken an interest in the camp on the weekends where he would teach them to fish and hunt. It was a fun place to be and to hang out Charlie recalls.

Unless Jim Booth was plying you with alcohol and cigarettes and molesting you.

The abuse first happened to Charlie after a long drive up to the camp where he'd been allowed to drive, despite only being 12 at the time.

It was just him and Booth at the camp and he remembers his chest was sore from holding the steering wheel at the '10am and 2pm' position. Booth offered to give him a massage, which then escalated into Booth touching Charlie.

As Charlie describes it, it became almost normal. The pair would go to the camp and fish or hunt or ride motorbikes. Then at night Booth would abuse Charlie in a similar way.

"We were quite comfortable with what we were doing after a while I suppose," Charlie said.

Three of the four complainants came forward after Charlie's sting and told police of a night in 1981 when Booth took four of his 13-year-old male students to the camp for a weekend trip.

According to the summary of facts he plied them with alcohol and then while they were asleep he took one of them from his bed, undressed him, kissed him and forced oral sex on him.

After he'd finished with the first boy he went back into the bunk room where the others were sleeping and uplifted a second boy, held him close while he resisted and then let him return to his bed when he began crying.

At a different school camp he went to a boy's bed while he slept and started rubbing his chest, stopping when the boy told him to. 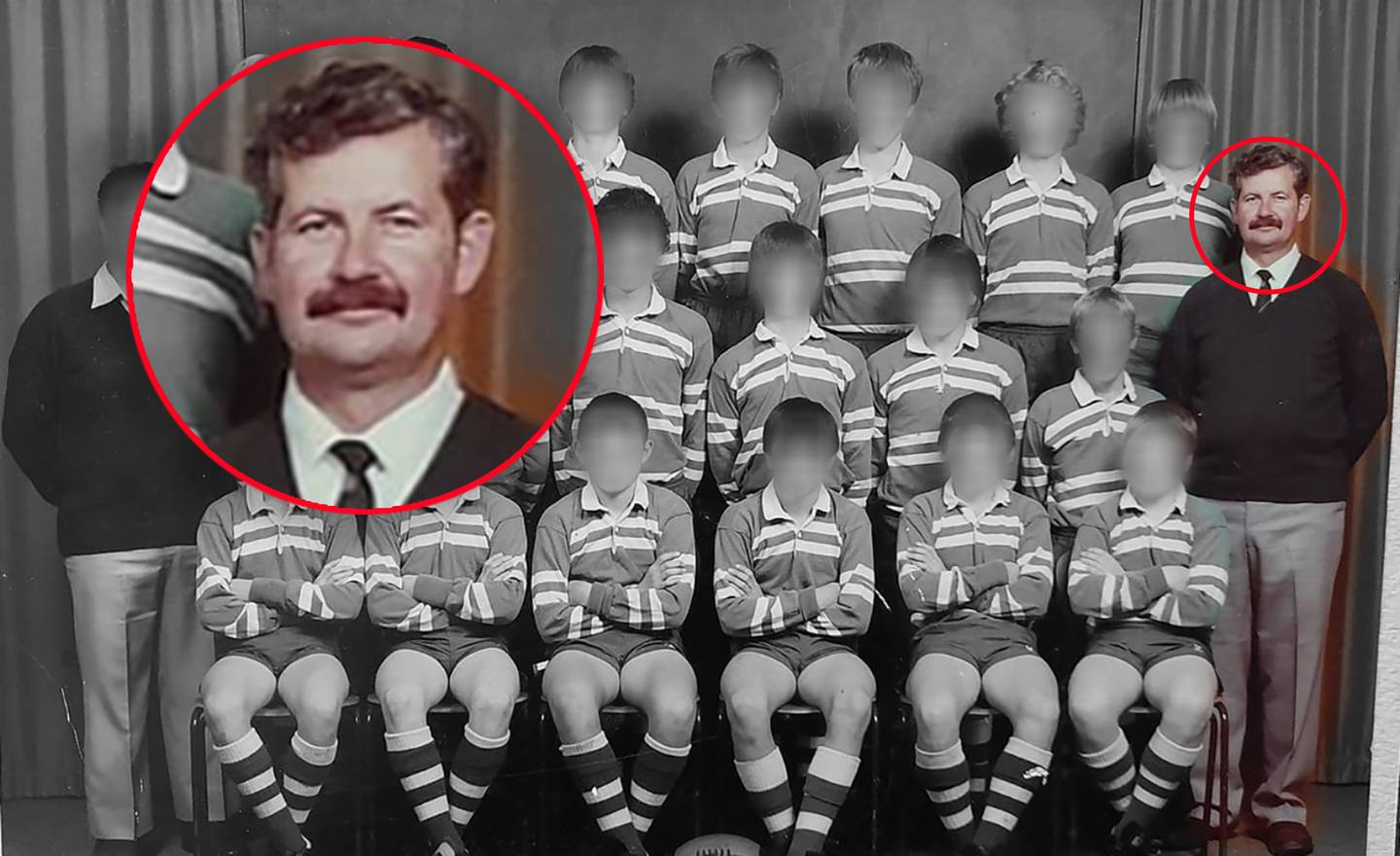 Booth was arrested on an island near Nelson where he was setting up for a school camp. Photo / Supplied.

The Crown argues this was a prelude and an escalation to what happened to Charlie when Booth began grooming him in 1997 when he was just 12-years-old.

He took him to the camp three or four times to gain his trust before he began abusing him.

"Then while I'm confused he's putting a pack of ciggies in my hand and saying 'let's go on holiday, let's go buy a motorbike' so now that confusion is suppressed for the next month or week or day."

'I'm sickened by the fact that Jim took away my freedom'

The abuse stopped at about the age of 14, but Jim's involvement in Charlie's life didn't.

He became a financial benefactor, someone who Charlie could ask for money at any time.

But as Charlie said in his victim impact statement to the court, Booth simply provided him with the means to ruin his life: 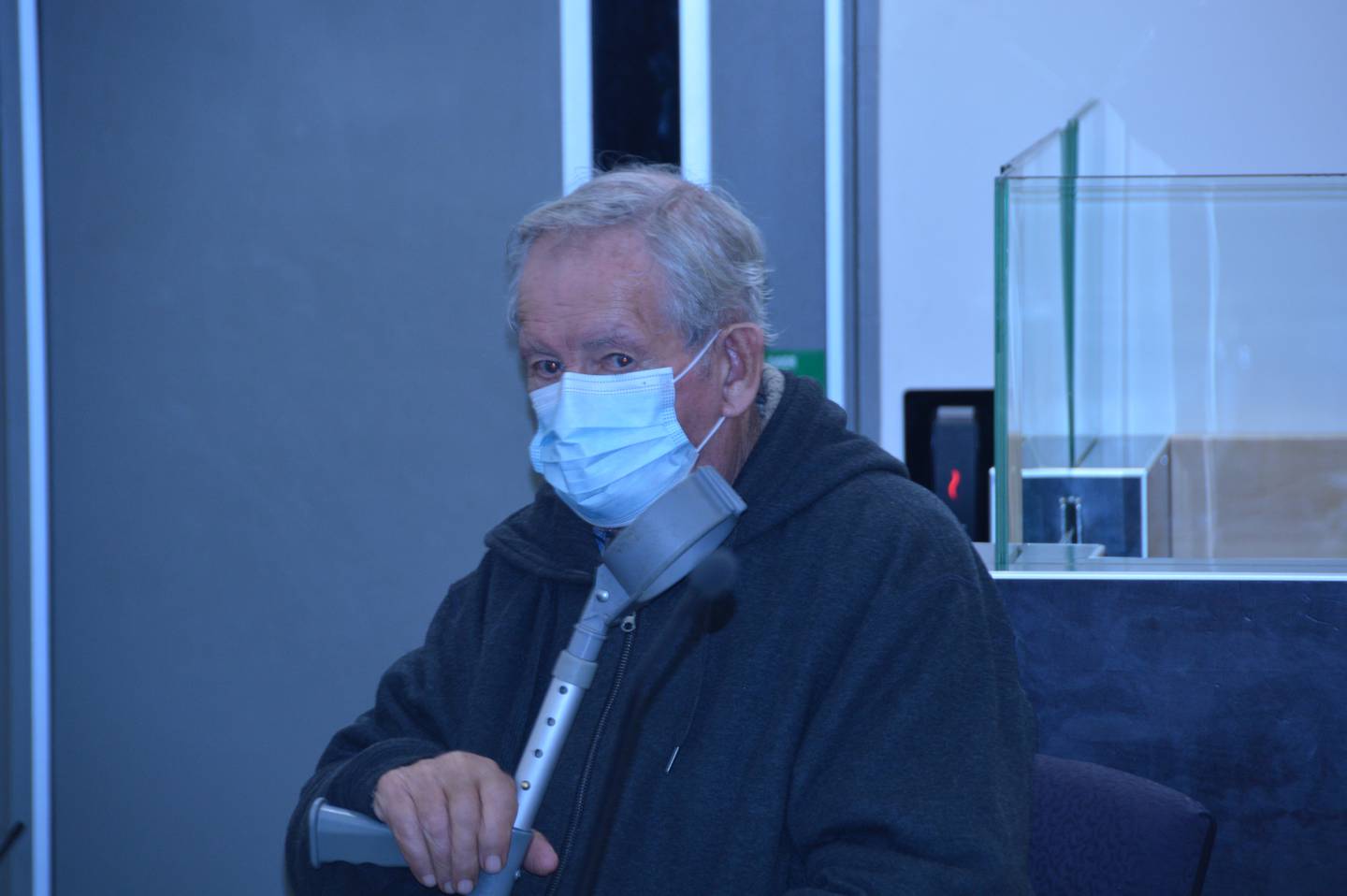 Charlie smoked his first joint at 13, then started smoking meth a few years later. Whenever he needed money, Jim was always there.

"We had these special lotto numbers that were a mix of his birthday, mine and some other numbers. And I'd get these envelopes in the mail with 20 bucks, or sometimes it would be a thousand from the 'winnings'.

"As a young kid, getting a thousand dollars in your back pocket was f***ing nice … I could do whatever I wanted. 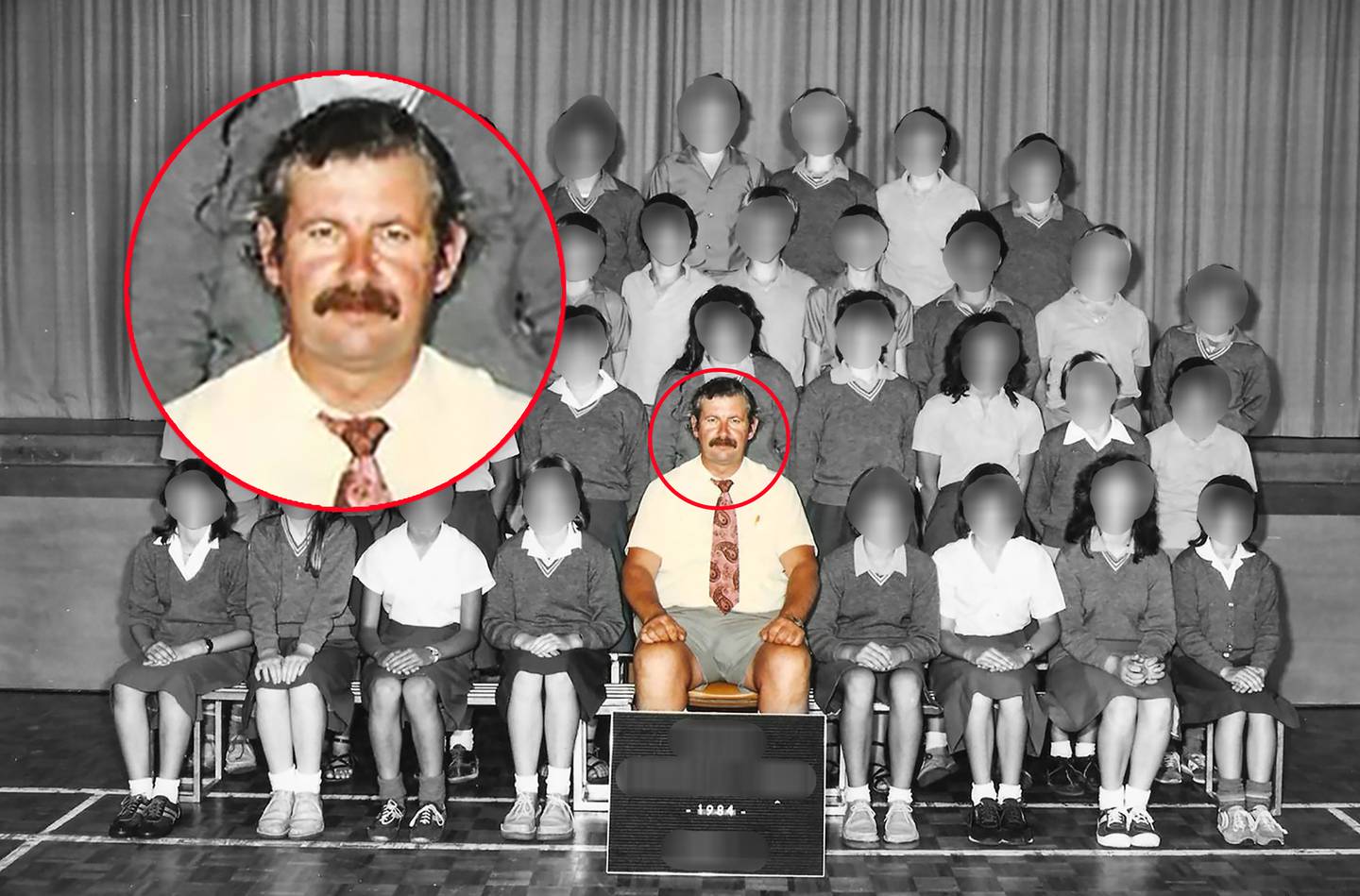 The school where Booth taught for most of his career has received permanent name suppression. Photo / Supplied

"He always used to say you've always gotta have cash in your pocket … just in case you wanna buy something. Which I understand now was a heavy form of grooming."

Charlie said he'd go round to Booth's after school and waiting for him would be a packet of cigarettes, a few scratchies and a chocolate bar, which for a 13-year-old boy "seemed awesome".

The abuse only ever happened at the camp, which they were going to every other weekend for years.

But once the abuse stopped, the money didn't.

"Once I stopped seeing him it sort of turned more into me requesting money, rather than him gifting.

Charlie said he was able to borrow bags of cannabis or meth from the "kinds of people you didn't want to owe money to" but always knew he could go to Booth for help.

"Now I think about it it's so obvious. He was guilty. I don't think he was buying my loyalty, I truly think he believed that I was just totally loyal to him.

"Because I knew that Jim was financially viable and I was a fiend. I would ask and he would provide.

"There was never ever a time that he suggested I would have to pay him back."

Ultimately Charlie's life spiralled out of control and his dad helped move him to Australia where he could start afresh.

But Booth's influence even extended across the ditch with letters and "Lotto" money coming in the mail and even a visit from Booth himself when he first moved over.

Charlie's father told Open Justice that with the benefit of hindsight it was easy to see what was happening.

Booth was a master manipulator who would come into his home for a cup of coffee after a weekend away at the camp with his son.

He'd find out in court at the start of the year exactly what Booth had been doing to his son on those weekends away, before he was then invited into his home.

"I never suspected a thing … but I guess looking back on it now, it's just obvious isn't it?"

Charlie's father said Booth not only groomed his son to not say anything about what was happening at the camp, but he groomed him as well.

"I was suckered in and maybe a bit naive.

"Looking back the age difference should have made me think more about it." 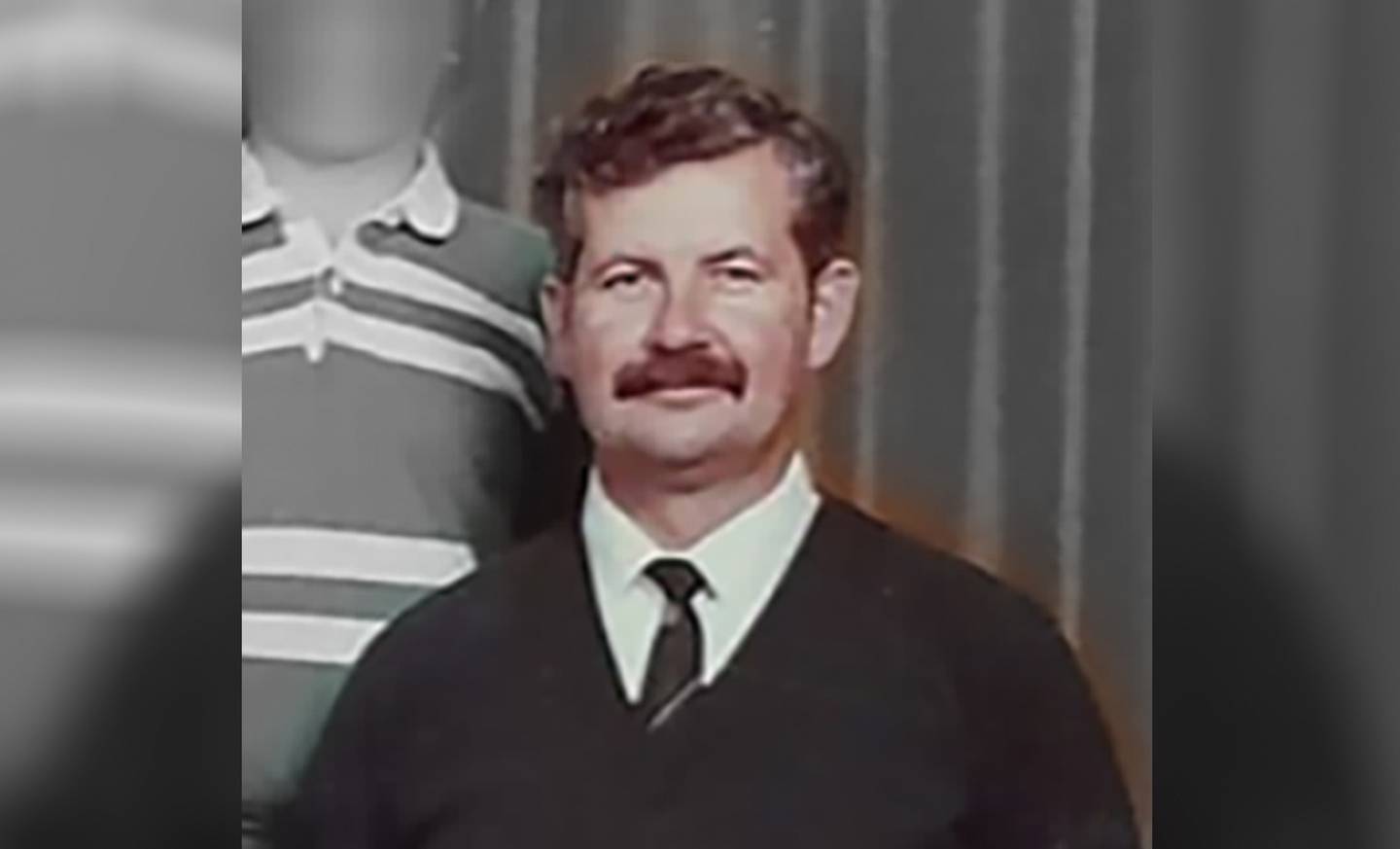 One of Booth's victims says his teacher abused him over the course of several years. Photo / Supplied

It appears Booth also fooled most of the teachers and students at the school where he taught for decades.

On a Facebook page with many leavers from the school there are hundreds of comments regarding their old teacher who describe him as stern, but ultimately very well-loved.

"Unforgettable man with a gruff exterior but a big softie underneath all the grumpy stuff," one former student wrote.

"Jim Booth was awesome, Scary at times but friggin awesome," another said.

The school in question declined to comment for this article.

As for Charlie's dad, he hopes he never has to see the man who ruined his son's life again.

"I hope he dies a miserable death in prison," he said.

The sting that caught Charlie's abuser

It all came to a head 10 years ago for Charlie when his partner asked him what was wrong with him after a fight.

So he told her everything.

Up until that point Charlie had still been in regular contact with his abuser, but after that conversation he cut all ties and tried to move on with his life.

But Charlie was far from OK, still abusing drugs, still stuck in a loop of anxiety and anger about what had been done to him. That's when he went to his local police station in Australia and the equipment was made available for him to call - and record - Booth after nearly 30 years.

Now, more than a year later Booth has admitted publicly what he did by pleading guilty to 19 charges of indecency.

"No one is born like that … somewhere along the line something has happened to them to make them turn out like that, to want to abuse kids," Charlie said.

Charlie was worried he'd turn out just like Booth.

"When my wife called me to tell me she was pregnant I was elated, just absolutely stoked. But then the fear started to set in …I've got issues in the head, I was genuinely afraid that I would do something to my own child because of what had happened to me."

"But as soon as my daughter was born … she was so beautiful and so pure. I went completely the opposite way. I won't let anything happen to her like what happened to me. Ever."