Police investigating Saturday's brutal road rage incident that left a man dead after being attacked with an axe have made a fresh appeal for dashcam footage.

Officers are after both any potential footage of the incident, or the movements of two vehicles prior to the clash.

"We would like to reiterate our appeal to the public for any information which might assist police in our inquiries," a statement issued by police read.

"Police would like to hear from anyone who might have any footage of the altercation on Maniapoto St on Saturday night.

"We would also like to hear from anyone with dashcam footage that was travelling between Te Awamutu and Ōtorohanga between 5pm and 6.20 pm or saw a white Mazda Bounty ute carrying a trail bike or a black Volkswagen Amarok ute travelling from Te Awamutu to Ōtorohanga on Saturday night."

Footage can be uploaded via: https://lima.nzpolice.org/

Kind-hearted New Zealanders have donated almost $50,000 for the family of Bell.

The man, from Te Kuiti, leaves behind a grieving partner and six children.

A Givealittle page was created on Monday by a close friend of Bell's partner.

Bell died after an altercation on Maniapoto St, Ōtorohanga, on Saturday night.

Police confirmed on Sunday that it appears to be a "road-rage" incident. Witnesses told the Herald on the night of the tragedy that they saw two patched gang members attacking Bell, including one who struck him with an axe.

A close friend of the family, Sarah-Jane Mills, said she set up the page to help relieve Bell's partner, Resden Stockman, and the couple's six children of financial stress so that they can grieve.

"Anthony Bell was a hard-working family man and had six children who he provided for ... I have created this to help Resden and her babies.

"You know what's sad? I saw Rez on Friday gave her a huge hug and she was telling me how her and Antz were knuckling down for six months to buy their first home ... oh how my heart aches," Mills said.

Previously police said road rage appears to have prompted the attack - they do not believe the groups were known to each other.

Nobody has been arrested yet but police have located two vehicles of interest, Detective Inspector Graham Pitkethley said in a press statement yesterday afternoon.

"We want to hear from anyone who saw a white Mazda Bounty ute carrying a trail bike, and a black Volkswagen Amarok ute travelling from Te Awamutu to Ōtorohanga between 5pm and 6.20pm on Saturday night," Pitkethley said.

"We would also like to thank all of the people who have already come forward with information which is proving extremely helpful as we build a picture of what occurred."

Police were called to Maniapoto St, one of Ōtorohanga's main roads, around 6.30pm on Saturday.

A witness told the Herald he saw two patched gang members hit the man with an axe, causing him to collapse, as families looked on in horror.

"This was an incredibly violent attack in a very public place, and we want to let our Ōtorohanga community know we're clearly focused on identifying and locating those involved," Pitkethley said in an earlier statement.

A person who knew the man but asked not to be identified described him as a good, hard-working person.

"He had his own business and was a father and left kids behind and a wife," the person told the Herald. "He was a very positive role model in the neighbourhood."

A witness told the Herald on Saturday night that he pulled over after noticing a fight unfold outside the Mobil service station. 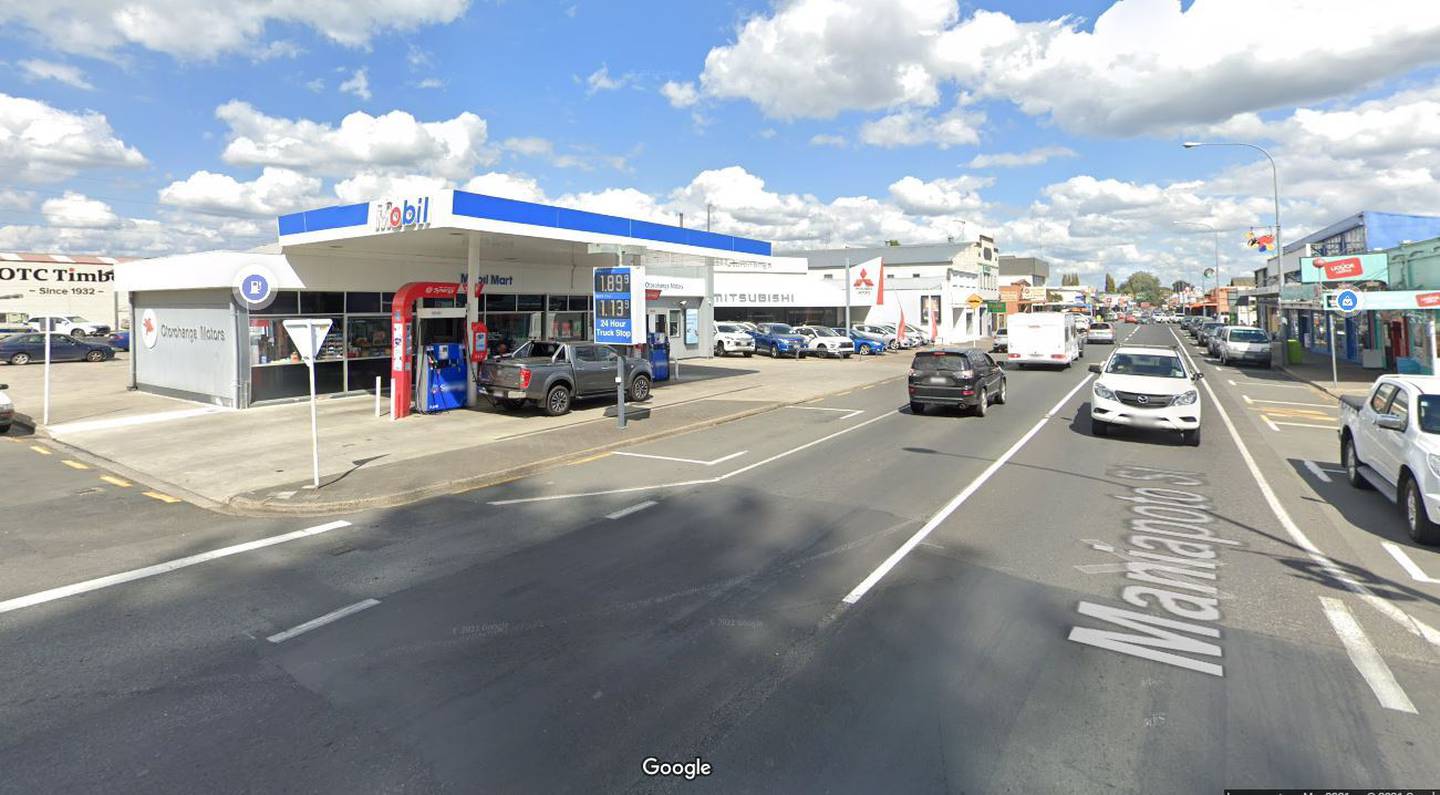 A father of six died after an altercation on Maniapoto St early Saturday evening which police say was a road-rage incident.

"It was these two gang members and they were attacking this [man] with an axe," he said. "They hit him on the head and it just dropped him cold and they just took off. Pretty shocking really."

The witness told the Herald that the gang members fled in a white Rodeo ute.

A friend of the victim was also on the scene, the witness said.

"He was with his mate, he had a motocross bike on the back [of their vehicle], they looked like they had just been out for the weekend sort of thing," he explained.

"He didn't get involved, he stepped back. They had an axe so I don't really blame him. They had their patches on and everything. Just your classic sort of thug."

The witness said he then got out of his car to assist the badly injured man who he says was wearing high-vis clothing and didn't look like a gang member.

"I got out and ran back down and there was a young family there and a couple of other people," the witness said.

"I stopped actually and tried to get that guy on his side. Get him in the recovery position," the witness said.

"There was a fair bit of blood [but] it actually didn't look that bad. I sort of thought he'd bounce back.

Police were called to Maniapoto St around 6.30pm to reports of a large group of people fighting.

The witness said within about five minutes of the attack numerous carloads of people had turned up who seemed to know the man and were getting very angry.

"There were a few people around and then it all sort of kicked off," the witness said.

"It looked like all his family and all his mates were coming down and they were spewing, they were smashing **** on the ground and yelling and I thought I'm just going to get out of here," the witness said.

"People knew him in the area I think a phone call got put out. Within five minutes like 10 carloads of people had pulled up."

Information can also be provided anonymously via Crime Stoppers on 0800 555 111.