A well-known New Zealand entertainer has been charged with conspiracy to money launder $6 million for an alleged organised crime group, following the so-called "sting of the century".

Millions of private conversations thought to be impossible for law enforcement to intercept were, in fact, being shared on the Anom encrypted platform created by the FBI and the Australian Federal Police in a sting called Operation Trojan Shield.

This unprecedented treasure trove of intelligence was shared with a dozen countries, including New Zealand, and dovetailed with an ongoing investigation into large-scale drug smuggling allegedly linked to the Comancheros motorcycle gang.

When the globally coordinated raids took place last month, around 40 people were arrested and charged with serious drug smuggling and money laundering offences in New Zealand.

One is a 57-year-old charged with conspiracy to supply methamphetamine, and supply of the Class-A drug, as well as participating in an organised criminal group.

The second man was charged with participating in an organised criminal group and conspiracy to launder more than $6 million.

Both men appeared in the Rotorua District Court and were granted interim name suppression.

The Herald can reveal the alleged $6m money launderer is a well-known entertainer, although details of his career cannot be reported without identifying him. 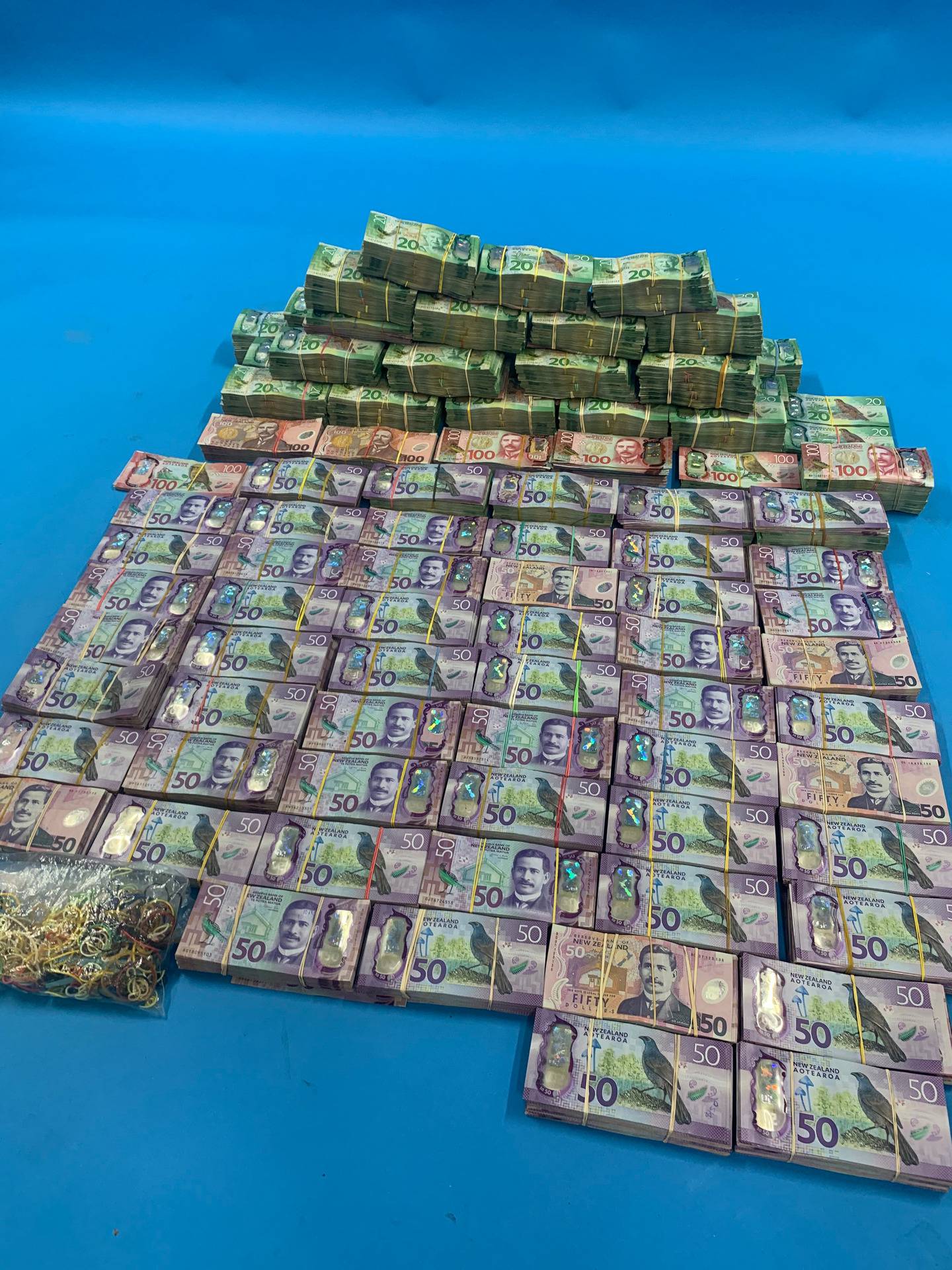 He is jointly charged with several individuals including two alleged to hold senior positions in the organised criminal group, Duax and Shane Ngakuru, who have evaded law enforcement so far.

Duax Ngakuru is a New Zealand citizen who left Australia in 2010 to live in Turkey where he has allegedly conspired to import large quantities of methamphetamine and MDMA into New Zealand.

He is a close friend of Hakan Ayik, a high priority target of the Australian Federal Police in Operation Trojan Shield. Undercover agents gave Ayik the encrypted Anom app, marketed as an uncrackable way of communicating, and he walked straight into the trap set by the AFP and FBI.

Ayik shared the Anom app with his alleged criminal network, allowing law enforcement around the world to monitor every conversation and collect alleged evidence of international drug deals.

One of those alleged to have spread the Anom word on Ayik's behalf was another New Zealander, Shane Ngakuru.

A cousin of Duax Ngakuru, Shane Ngakuru is believed to be living in Thailand and is wanted by the FBI as an alleged distributor of the Anom devices.

He allegedly received payments for the $2000 six-month subscription fees and was able to remotely delete and reset devices, as well as communicate with the administrators of the encrypted platform.

Anom was marketed as "designed by criminals for criminals" with , according to the FBI, the purpose of facilitating global drug trafficking and money laundering without being detected by law enforcement.

By allegedly playing such an important role in distribution and technical support, Shane Ngakuru has been charged as part of the so-called 'ANoM Enterprise' under the US anti-racketeering legislation.

"There are at least 9500 Anom devices in use worldwide, including in the United States. Since October 2019, Anom has generated the defendants millions of dollars in profit by facilitating the criminal activity of transnational criminal organisations and protecting these organisations from law enforcement."

The FBI considers Shane Ngakuru a "fugitive". If arrested and convicted in the United States he faces a maximum penalty of life imprisonment.

If he was ever arrested, the 41-year-old Ngakuru would face charges in New Zealand of importing methamphetamine, cocaine and MDMA into the country. He also faces charges of drug conspiracy, money laundering and participating in an organised criminal group.

Operation Trojan Shield was dubbed the "sting of the century" and widely considered to be an unprecedented blow to organised crime, with more than 800 arrests around the world.

Importantly for law enforcement, the investigation has undermined the once unshakeable faith in encrypted communication devices or apps where alleged organised criminals were once able to openly discuss their activities without fear of their messages being intercepted by police.