Police have frozen $140 million in bank funds linked to a Russian "computer genius" in the largest ever restraint of funds in New Zealand police history.

The money was controlled by a New Zealand registered company and has been frozen as part of a global investigation into a Bitcoin exchange run by Alexander Vinnik who is alleged to have laundered billions of dollars for criminal syndicates.

Coster alleged that BTC-e, which operated from the United States, had no anti-money laundering controls and policies.

This resulted in criminals and cyber criminals laundering proceeds derived from a range of criminal activities including computer hacking, ransomware attacks, theft, fraud, corruption and drug crime through BTC-e.

Vinnik was arrested on money laundering allegations in Greece in 2017 and has since been extradited to France where he remains in custody.

"New Zealand Police has worked closely with the Internal Revenue Service of the United States to address this very serious offending," Coster said. Alexander Vinnik is escorted by police officers to a court hearing in Greece following an extradition order sought by United States prosecutors in 2017. Photo / Getty

"These funds are likely to reflect the profit gained from the victimisation of thousands, if not hundreds of thousands, of people globally as a result of cyber-crime and organised crime."

Vinnik was on a family holiday in Greece in July 2017 when he was arrested by local police, on an extradition warrant from United States authorities accusing him of facilitating money laundering, identity theft, drug trafficking and computer hacking.

The 37-year-old was alleged to have operated BTC-e, one of the world's largest and most widely used cryptocurrency exchanges, where at least $4 billion dollars' worth of Bitcoin was traded with "high levels of anonymity".

While the exchange of Bitcoin is entirely legitimate, prosecutors from the US Department of Justice allege Vinnik created a customer base for BTC-e that was "heavily reliant on criminals" by not requiring users to validate their identity, obscure and anonymise transactions and the source of funds, and lacked any anti-money laundering processes.

As such, the extradition order alleges Vinnik was in charge of BTC-e which received the criminal proceeds of computer hacks by cyber criminals, ransomware scams, identity theft schemes, corrupt public officials, tax fraud and drug rings.

Described by his Greek legal team as a "computer genius" persecuted because he posed a threat to the international banking system, Vinnik says he was an employee of BTC-e and not the one in charge.

For the past three years, Vinnik has fought the extradition order in Greece but lost his appeal in January this year. He was whisked from his hospital bed, emaciated from a hunger strike, to France and charged with money laundering and extortion offences.

He will likely stand trial in France, then be extradited to the United States to face similar charges, with maximum penalties of up to 55 years in prison.

According to the unsealed US indictment, BTC-e had a base of operations in the Seychelles Islands and its web domains are registered to shell companies in, among other places, Singapore, the British Virgin Islands, and New Zealand.

Companies Office records show Vinnik registered a business, WME Capital Management Ltd, to a North Shore address in 2008. It was removed from the register in 2012, as the Companies Office thought it ceased operating.

The initials "WME" also appear in the US indictment, as Vinnik allegedly operated the "WME" account at BTC-e.

Web domains for the Bitcoin exchange were registered to several other companies registered in New Zealand, which have been co-operating with the police Asset Recovery Unit to recover alleged criminal proceeds linked to Vinnik.

Around $140m in offshore bank accounts have been clawed back to New Zealand, where the assets have been restrained under the Criminal Proceeds Recovery Act.

Cases taken under the Criminal Proceeds Recovery Act are determined by the civil level of proof, the "balance of probabilities", rather than the much higher criminal evidential threshold of "beyond reasonable doubt".

To grant the restraining order, a High Court judge must be convinced there are "reasonable grounds" someone has profited from "significant criminal activity".

Whether the seized assets are ultimately forfeited to the Crown will be determined by a High Court judge, either by way of a trial or a potential settlement agreement.

The New Zealand police case will rely on the evidence gathered by the United States, including the allegation Vinnik received funds from the notorious hack, or computer intrusion, of Mt Gox.

An early digital currency exchange, the Japanese-based Mt Gox eventually collapsed, in part, due to the losses from the hacking where several hundred million US dollars' worth of bitcoin was stolen.

More than half of the stolen bitcoin were sent to three separate, but linked, BTC-e accounts including one allegedly controlled by Vinnik.

Coster said given the global nature of money laundering there was always a risk that New Zealand companies will inadvertently become involved.

"However, this restraint demonstrates that New Zealand is not, and will not be, a safe haven for the illicit proceeds generated from crime in other parts of the world.

"The global criminal community need to understand New Zealand's financial system, and companies established here, are not the places to try to hide illicit income.

"This restraining order also demonstrates that New Zealand Police are actively conducting investigations with our international partners and that we have the expertise to investigate money laundering at the most serious level."

The $140m in bank funds restrained following the Asset Recovery Unit investigation is by far the largest case taken under the legislation, nearly double the $70m frozen in bank accounts linked to a wealthy Chinese-Canadian mogul.

Xiao Hua Gong built a business empire in Toronto including a hotel chain and television channels, as well as attending fundraisers for Canada's Prime Minister Justin Trudeau and donating to the governing Liberal Party.

Gong says the evidence against him was gathered by coercion in China.

The proceedings against Gong in New Zealand are similar to the high-profile case of William Yan, where $40m of assets were frozen on allegations his wealth was from the proceeds of a $130m fraud in China. 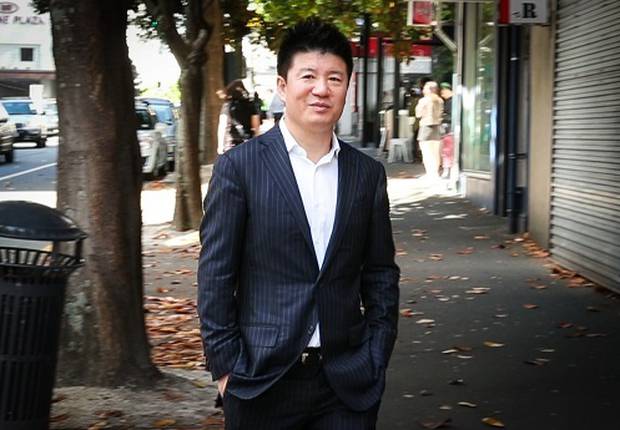 He agreed to pay $43m - without admitting civil or criminal liability - which is easily the largest settlement in the history of the legislation in New Zealand.

He also agreed to be charged with money laundering in New Zealand and was sentenced to five months of home detention after pleading guilty.

The proceedings against Vinnik is the latest example of the police testing their powers under the Criminal Proceeds Recovery Act, which came into force in 2009.

In the past, the law has most often been used to seize wealth accumulated by gangs and drug dealers but has pushed into new territory in recent years.

There have been a number of cases involving fraud or alleged tax evasion, alleged movie piracy and cryptocurrency, foreign corruption, and even a workplace fatality.