Nearly $70 million in New Zealand bank accounts has been frozen as part of a global investigation into a wealthy Chinese businessman accused of running a massive pyramid scheme from Canada.

Xiao Hua Gong has built a business empire in Toronto including a hotel chain and television channels, as well as attending fundraisers for Canada's Prime Minister Justin Trudeau and donating to the governing Liberal Party.

The Herald can now reveal the role of New Zealand police who investigated how Gong deposited $77 million - allegedly profits from the pyramid scheme - into the country over seven years.

Suppression orders on Justice Paul Davison's ruling have been lifted today, following an application by the Herald, which show the judge was satisfied there were "reasonable grounds" to believe Gong had profited from criminal activity.

Nothing has yet been proven in court, but Justice Davison's ruling was made after reading affidavits filed by New Zealand detectives and a financial analyst, investigators in China, as well as staff from the ANZ and ASB banks. Money laundering was the crime committed in New Zealand, the police allege, in order to distance Gong from the alleged pyramid scheme in China.

Nearly $12m was later transferred from New Zealand to Canada.

According to the police, Gong "orchestrated" a pyramid scheme in China which involved the sale of health products coupled with the gift of shares in pharmaceutical and television companies.

"The pyramid scheme involved the making of representations to potential investors which were false and dishonest, including a claim that the company share price would increase by 2000 to 4000 per cent and that the products sold were legitimate health products, which they were not," Justice Davison wrote, summarising the police case.

"Instead of applying investment funds in the manner represented to investors, the majority of the funds were paid into bank accounts nominated and controlled by [Gong]."

There were at least 50,000 investors and the total of the alleged fraud was $202m, according to the police.

The funds were transferred into "suspected underground Chinese bank accounts", according to the police , then shifted again into 29 different accounts in China using New Zealand internet addresses.

The money - which totalled $77m over seven years - was then moved from China into the New Zealand bank accounts by associates of Gong, according to the police.

Most of the money, $62m, was deposited between December 2014 and April 2016 when the pyramid scheme was allegedly running.

Two banks, ANZ and ASB, placed "stops" on Gong's accounts in 2016. ANZ later made a "suspicious transaction report" to the police.

In his ruling to grant the freezing orders, Justice Davison said he was "well satisfied" there were reasonable grounds to believe Gong had unlawfully benefited from money laundering and receiving.

However, the judge declined to restrain the Panmure property as it was purchased before the alleged pyramid scheme fraud in China.

The $69.5m held in the six bank accounts, the East Tamaki home and a late-model Toyota van were restrained under the Criminal Proceeds Recovery Act, which essentially forces someone to prove how an asset was paid for.

These cases are determined by the civil level of proof, the "balance of probabilities", rather than the much higher criminal evidential threshold of "beyond reasonable doubt".

Back in China, 11 people were given prison sentences or fines for their part in the pyramid scheme allegedly controlled by Gong.

Six months before his arrest, Gong held a press conference with Canadian media to deny the allegations which he characterised as an attack on his businesses.

"In North America, I have about 630 employees; around 600 of them are full-time employees," he told reporters.

"You can defame me, but you cannot defame a media that spread the positivity of Chinese culture...I am a Canadian citizen. But my heart is still in China."

He took exception with Chinese media coverage that reported he was a fugitive "on the run" and said he was being tried in public without the right to defend himself.

"I haven't received any summons from court, neither any notice from any department in China. ... I wasn't given any right to talk and then I become an escaped criminal. I cannot sleep these two days; I am a little bit depressed."

The Ontario Securities Commission charged Gong in December with fraud and money laundering in connection to the "fraudulent sale of hundreds of millions of dollars" of securities in pharmaceutical and television companies to Chinese citizens.

Following Gong's arrest, it emerged a Liberal Party MP hand-delivered a letter to a senior official at the Canadian embassy and personally spoke to Chinese authorities on Gong's behalf.

Gong, who was photographed making dumplings with Justin Trudeau at a "cash for access" fundraiser in May 2016, is a donor to the Liberal Party.

Geng Tan, a Liberal MP, delivered an unsigned letter from Gong to the deputy head of mission at Canada's embassy in Beijing, according to an OSC affidavit filed in a Toronto court.

Gong denied in the letter that he was running a pyramid scheme, as first reported by the Globe and Mail, and said he was "running a legitimate marketing and sales method called multi-level marketing and direct sales".

It seems the police became involved when ANZ bank made a Suspicious Transaction Report about one of Gong's accounts in March 2016.

The police were able to trace the IP addresses of the computers used to make the transactions to physical addresses in Canada linked to Gong.

Then in July 2016, Customs detained Gong at the New Zealand border when he was found with 34 bank cards and more than $10,000 in undeclared cash.

His laptop and phone were cloned by Customs and copies given to the police, who later interviewed Gong. He said the millions of dollars in New Zealand bank accounts were funds from the sale of health products in China.

The New Zealand police travelled to China in October 2016 - six months before his assets were frozen here - to meet with investigators.

The information from the cloned laptop, mobile phone and the on-camera interview with Gong were handed to Canadian police.

Detective Inspector Craig Hamilton, who oversees the police Asset Recovery Units, declined to comment on the specifics of the case against Gong.

But speaking generally, Hamilton said the police were vigilant to money coming into New Zealand from overseas and he urged anyone to report suspicious transactions or purchases. 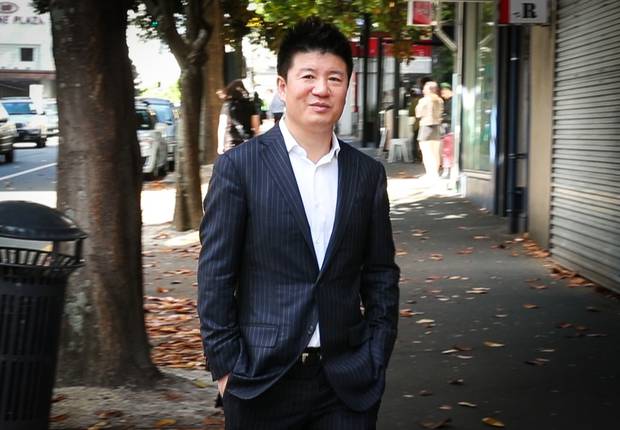 Corlett was also involved in a similar case involving New Zealand and China.

The police restrained at least $40m of assets in New Zealand belonging to William Yan and alleged they were purchased from the proceeds of a $130m fraud in China.

He agreed to pay $43m - without admitting civil or criminal liability - which is easily the largest settlement in the history of the Criminal Proceeds Recovery Act in New Zealand.

He also agreed to be charged with money laundering in New Zealand and was sentenced to 5 months of home detention after pleading guilty.