A man has been charged with assault and wounding with intent to cause grievous bodily harm after the random stabbings in Auckland's Murrays Bay yesterday.

A 41-year-old man is due to appear in Waitakere District Court today, police said.

He faces a charge of assault and four counts of wounding with intent to cause grievous bodily harm.

"Police would like to reassure the community that this was an isolated incident," police said.

"People may notice an increased police presence in the Murrays Bay and Mairangi Bay area as the investigation in to the incident continues." 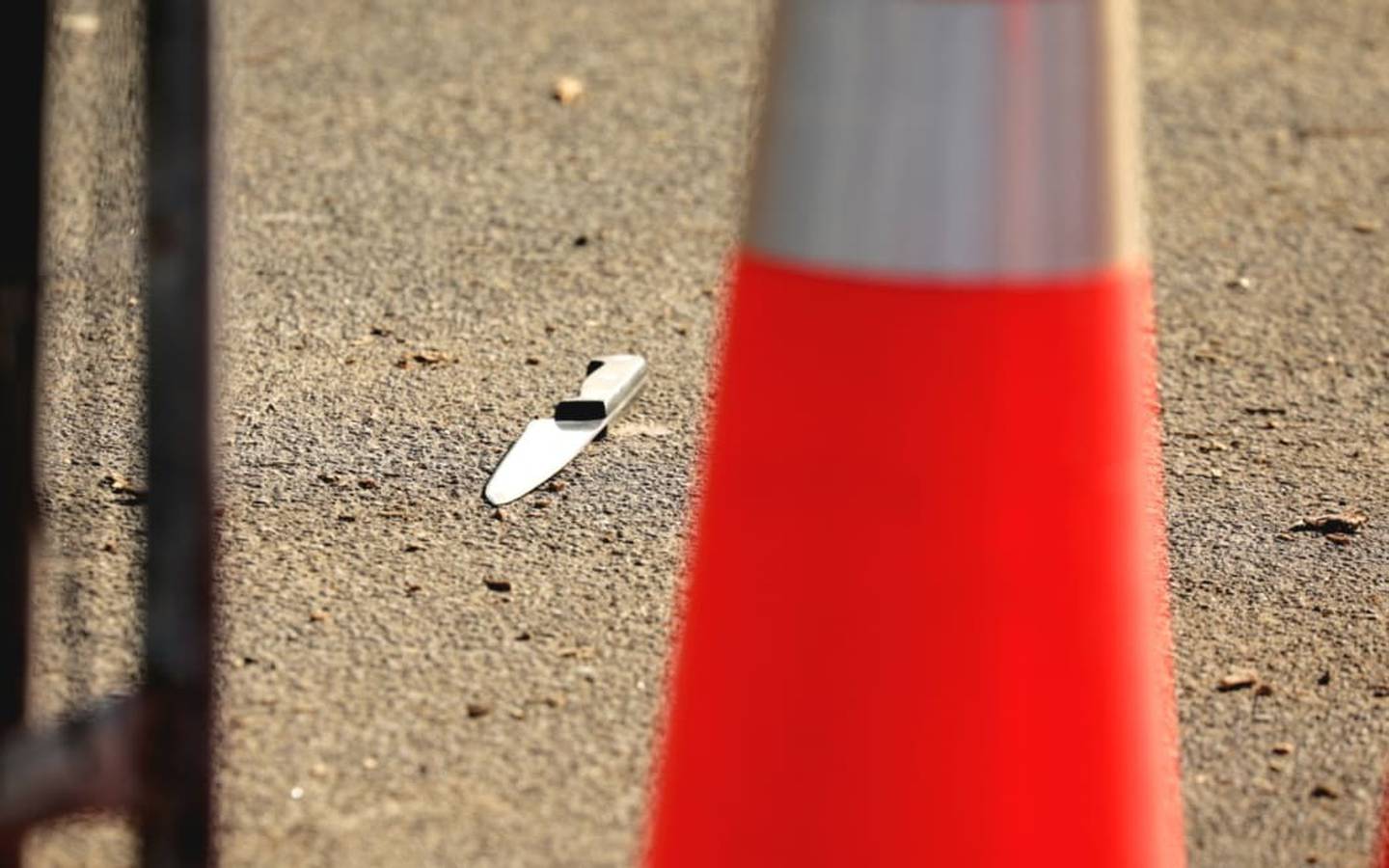 A knife recovered at the scene of yesterday's 'random' stabbings. Photo / RNZ

Police had said that a display of "extreme bravery" by members of the public helped capture the suspect in Mairangi Bay yesterday, after four people were stabbed in a "random" attack at neighbouring Murrays Bay.

One of the bystanders used a crutch to bring the suspect to the ground.

Police arrived shortly after and handcuffed the offender.

"There were members of the public that acted in extreme bravery, they apprehended the offender and brought this incident to its conclusion," she said.

"It could've been a lot worse and that's why I really need to acknowledge the bravery of those members of the public."

Hassan described it as an isolated and random incident. There was no indication it was a hate crime, she said.

It occurred just before midday in broad daylight on normally peaceful streets.

Witnesses dialled their first emergency calls in to police at about 11.18am, with Hassan saying the offender initially approached a house on Westbourne Rd in Murrays Bay where he stabbed "an occupant of the property".

He then left the home and headed towards Murrays Bay Beach and a bus stop where three more people were stabbed.

The man then made his way towards Mairangi Bay to the south before members of the public stopped him.

Hassan said that while police generally discouraged the public intervening in violent incidents, they greatly appreciated the bravery of those who yesterday put their personal safety aside to protect others.