A New Zealand-built superyacht used to smuggle $300 million worth of cocaine is going up for auction in Wales.

The luxury vessel was seized several months ago with about 2000kg of cocaine off the English coastline near Plymouth.

Next Wednesday, April 20, the UK National Crime Agency will sell the charter yacht Kahu to the highest bidder in the auction, Wales Online has reported.

Built in 1979 for the Royal New Zealand Navy, the vessel was converted into a pleasure craft in 2010. It has since travelled across the world, including making multiple transpacific and transatlantic voyages. The vessel was built in 1979 for the Royal New Zealand Navy before it was converted to a luxury superyacht in 2010.

The National Crime Agency, UK Boarder Force and Australian Federal Police officers intercepted the yacht as it was heading for the Caribbean in international waters in September 2021. It was part of a three-year AFP-led investigation into organised crime syndicates.

The bust of the alleged drug plot and arrest of six suspected criminals - five Nicaraguan nationals and one UK citizen - was the result of the FBI-run encrypted messaging app ANOM. 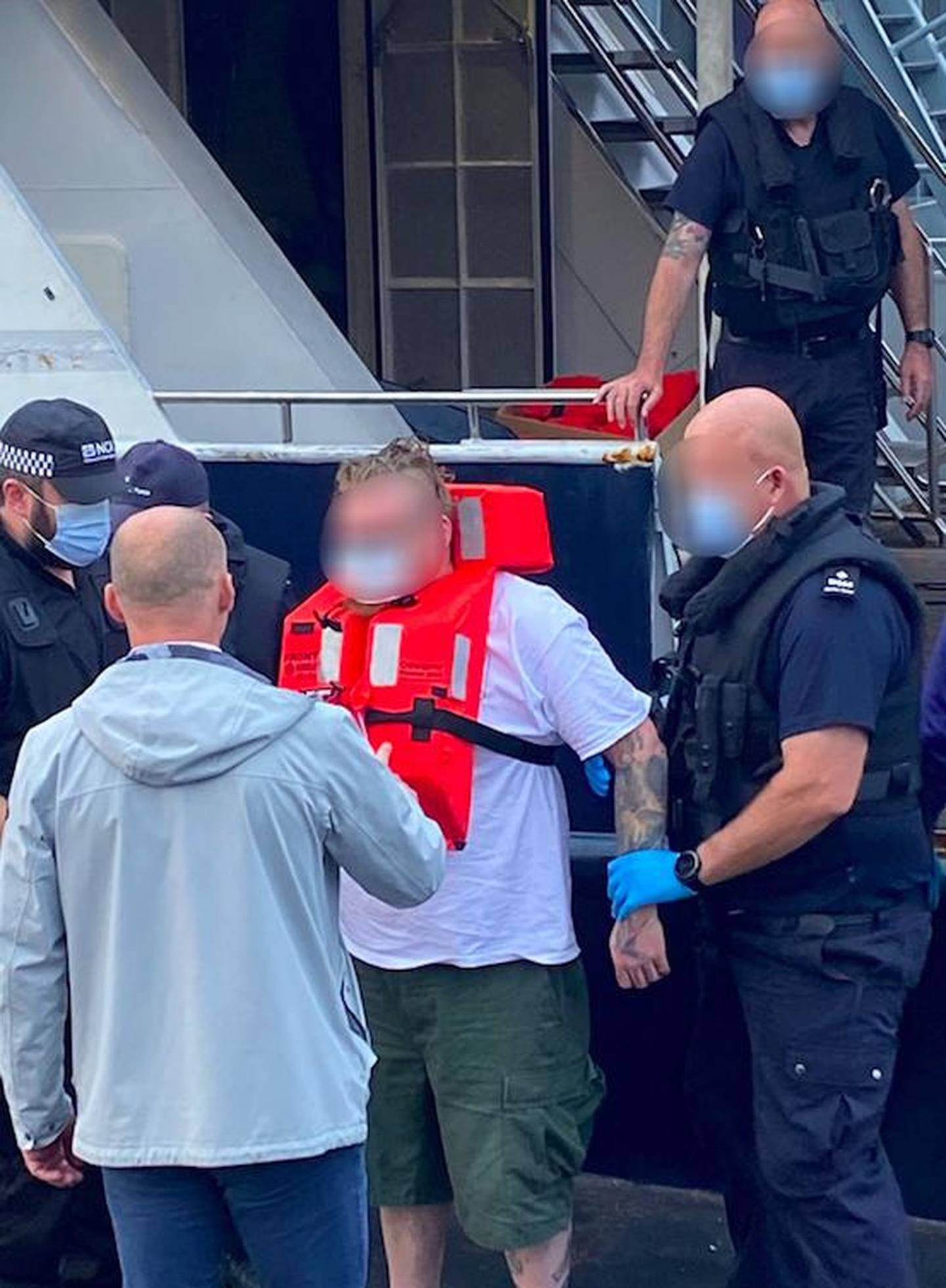 Six men were arrested in the drug bust. Photo / Supplied

Australian officers based in the UK tipped off the National Crime Agency about an alleged transnational drugs syndicate using Kahu to co-ordinate cocaine shipments. The information came out of Operation Ironside, an undercover sting which involved planting an encrypted app.

The vessel includes a large main salon, fully equipped galley and five staterooms for guests. It also has space for four crew members.