A legal bid by teen murderers to swap life in prison with a finite jail term has been labelled "sickening" and "disgusting" by the mothers of two girls killed by youths.

Jayne Crothall and Rebecca Templeman said life sentences were the only option for people convicted of murder - and anything less would "devalue" victims.

Last week the Court of Appeal heard cases for three teens convicted of murder attempting to get their life sentences ruled as unjust.

Christopher James Brown and Georgia Rose Dickey were sentenced to life imprisonment with a non-parole period of 10 years for the murder of Jack McAllister in Invercargill on June 7, 2017.

Katrina Roma Epiha received the same sentence for the murder of Alicia Maree Nathan in Christchurch on August 5, 2017. 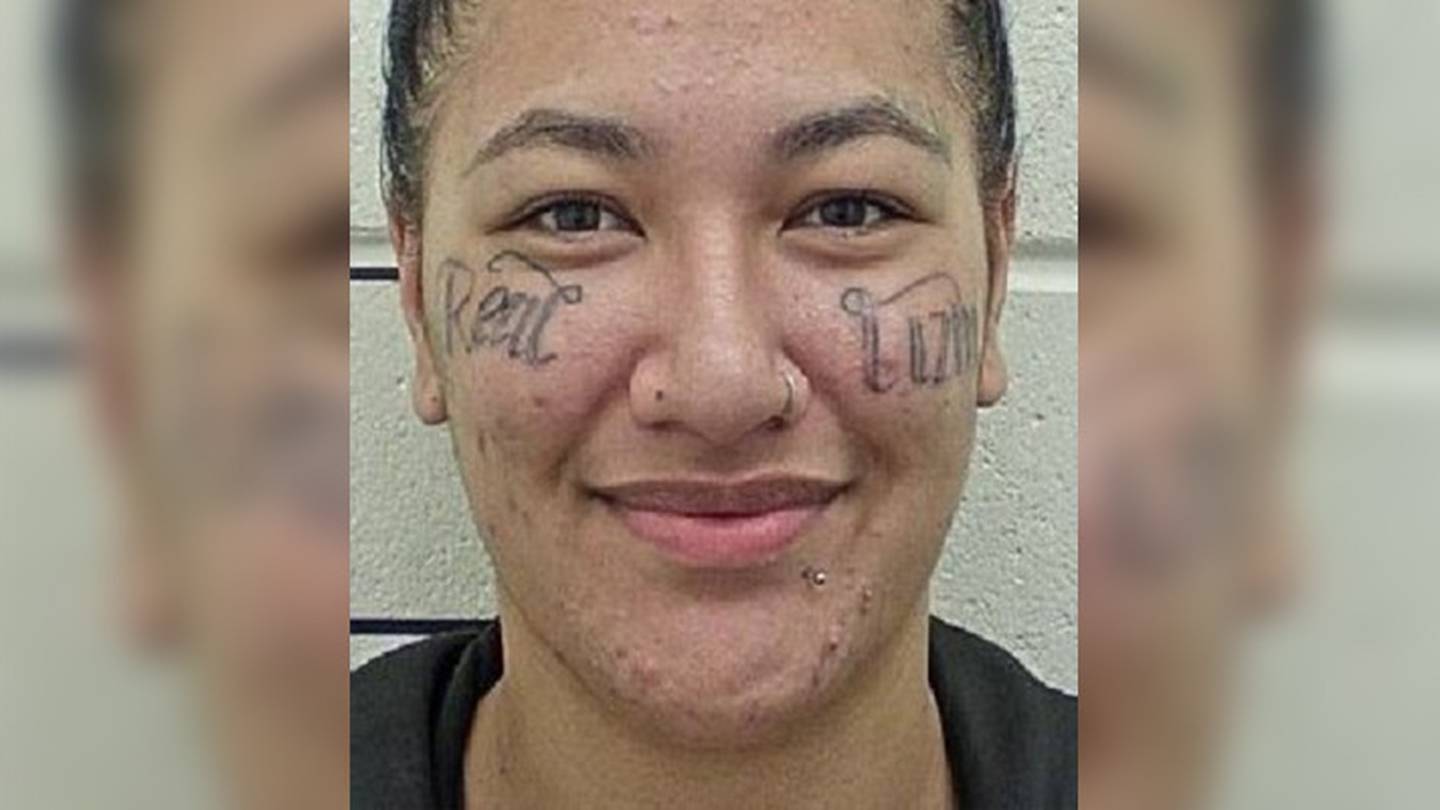 Katrina Epiha was jailed for life for a murder she committed as a teenager. Photo / Supplied

In New Zealand life means life - but the Parole Board can consider releasing a person from prison after 10 years unless a higher minimum non-parole period is ordered by the sentencing judge.

But the Court of Appeal heard submissions last week that it was "manifestly unjust" to sentence children and young people to life imprisonment and finite sentences would be more suitable.

During the appeal Justices Forrest Miller, Ellen France and David Collins were asked to consider whether the age of the offenders at the time of the offending, their lack of brain development, as well as social and environmental factors in their backgrounds, would give rise to lesser culpability and therefore reach the court's threshold for manifestly unjust.

Their lawyers were ultimately hoping the trio's life sentences would be quashed and replaced with finite sentences - but with an option of including a minimum period of imprisonment.

Brown's lawyer Lisa Preston said a finite term could give youth more of a sense about their future.

She said it had been proved that youth offenders had inherently diminished responsibility because of their biological make-up and therefore there should be diminished culpability.

The Children's Commissioner wrote to the Court of Appeal ahead of the case saying she believed life imprisonment for young people breached the Bill of Rights, which states everyone has the right not to be subjected to torture or to cruel, degrading or disproportionately severe treatment or punishment.

Crown lawyer Charlotte Brooks acknowledged the Commissioner's letter and the defence submissions but said the law was the law.

Brooks said it was up to Parliament to repeal life imprisonment for young people convicted of murder, through amendment of the Sentencing Act - not the courts.

Currently, judges sentencing youth offenders convicted of murder were tasked with deeming whether a life imprisonment sentence would be manifestly unjust - not only taking into account the offender's role in the killing but also the offender and their background.

Brooks said sentencing judges in the cases of Brown, Dickey and Epiha knew the details of the mitigating factors in relation to each of them and those judges considered those factors were not sufficiently exceptional as to warrant displacement of presumption.

The Court of Appeal decision has been reserved.

The case outraged two mothers whose daughters were murdered by offenders in their teens.

They both told the Herald that any sentence less than life in prison would effectively be a slap in the face to victims and their families and "devalue" their lost children.

Jayne Crothall's 3-year-old daughter Brittany was murdered in 1997 by a youth who had not long turned 18.

Luke Sibley had been a boarder at Crothall's home and she had evicted him the day before the murder.

Sibley suffocated little Brittany in her bed and then attacked Crothall with a hammer. 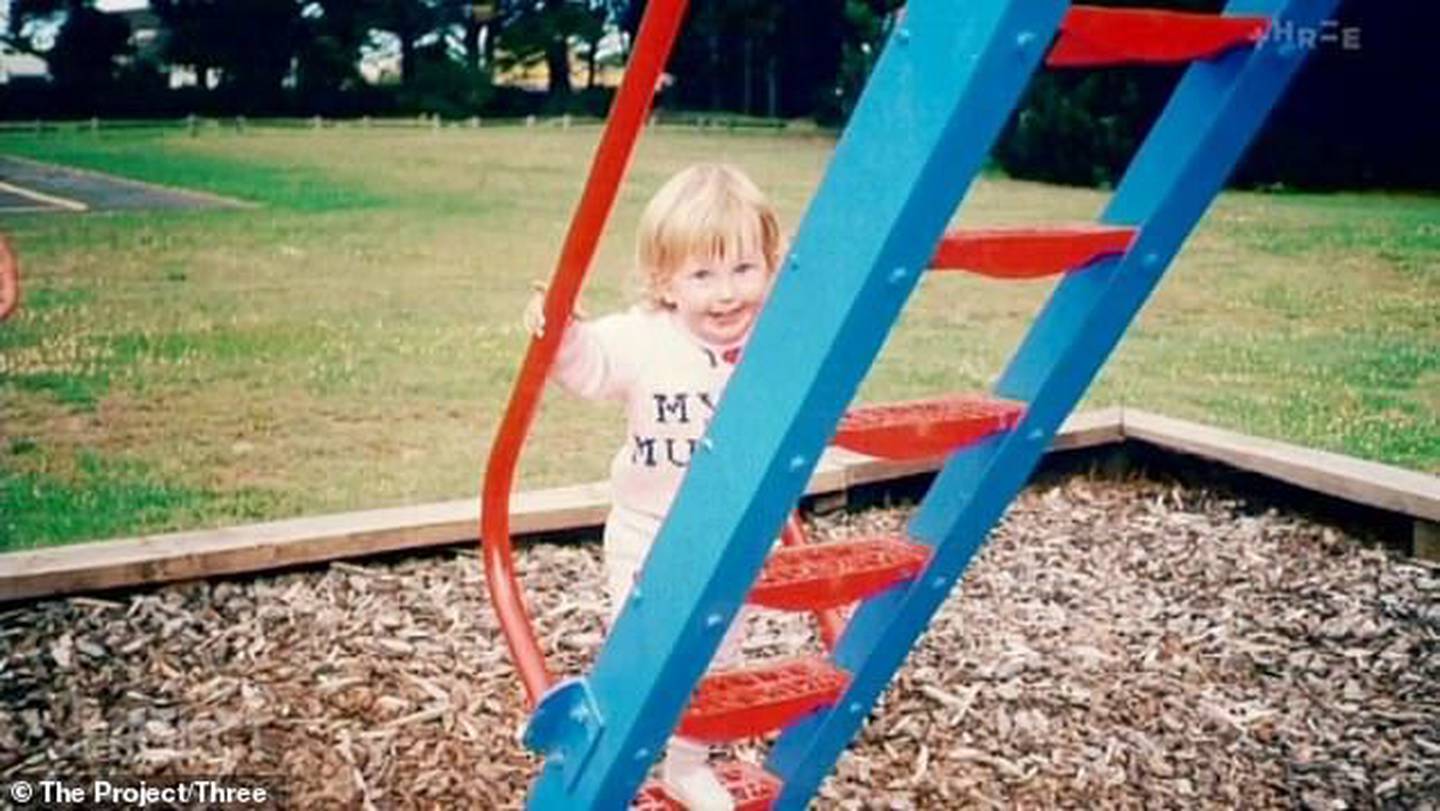 Had a neighbour not rushed to help Crothall may also have been killed.

The young killer was jailed for life with a minimum non-parole period of 13 years.

He served 23 years behind bars before the Parole Board deemed him safe for release.

Crothall said she "strongly" disagreed that life sentences for young murderers was unjust.

"It would be dangerous to disregard the gravity of these deaths," she said.

"Life is not a game and to be homicidal is not what normal teenagers do.

"These killers need to be monitored for life, for the safety of the public and out of respect for the deceased, the survivors left behind and all affected by these senseless acts of violence."

Crothall said in her case Sibley was 18 so "an adult in the eyes of the law".

"Put an end to this idea that offenders of this age should not have a life sentence," she said.

"Luke Sibley was sentenced to life and was eligible for parole in 2010 … I decided to meet with him in 2015. He was 36, there was absolutely no way he was ready for parole, he had a long way to go.

"The rehabilitation was still in it's infancy, he hadn't accepted the gravity of what he had done."

At that meeting Crothall told Sibley what his offending had done to her and her family which she described as "confronting and raw".

"I met with Sibley again in 2020, the changes to his whole persona were remarkable, he was a completely different person and said that meeting with me had been better than any rehabilitation he had ever been involved in," she said.

Crothall said rehabilitation for murderers was "a very long and necessary process".

"These people absolutely have to have the sentence of life - they have to be monitored for life," she said.

"I have contact with Luke Sibley's support person - with his permission - and Sibley sees his freedom as a privilege.

"He doesn't see the life parole as being manifestly unjust and this is exactly how it should be."

Crothall implored authorities to consider victims and their families before making any moves to change sentencing for young killers. 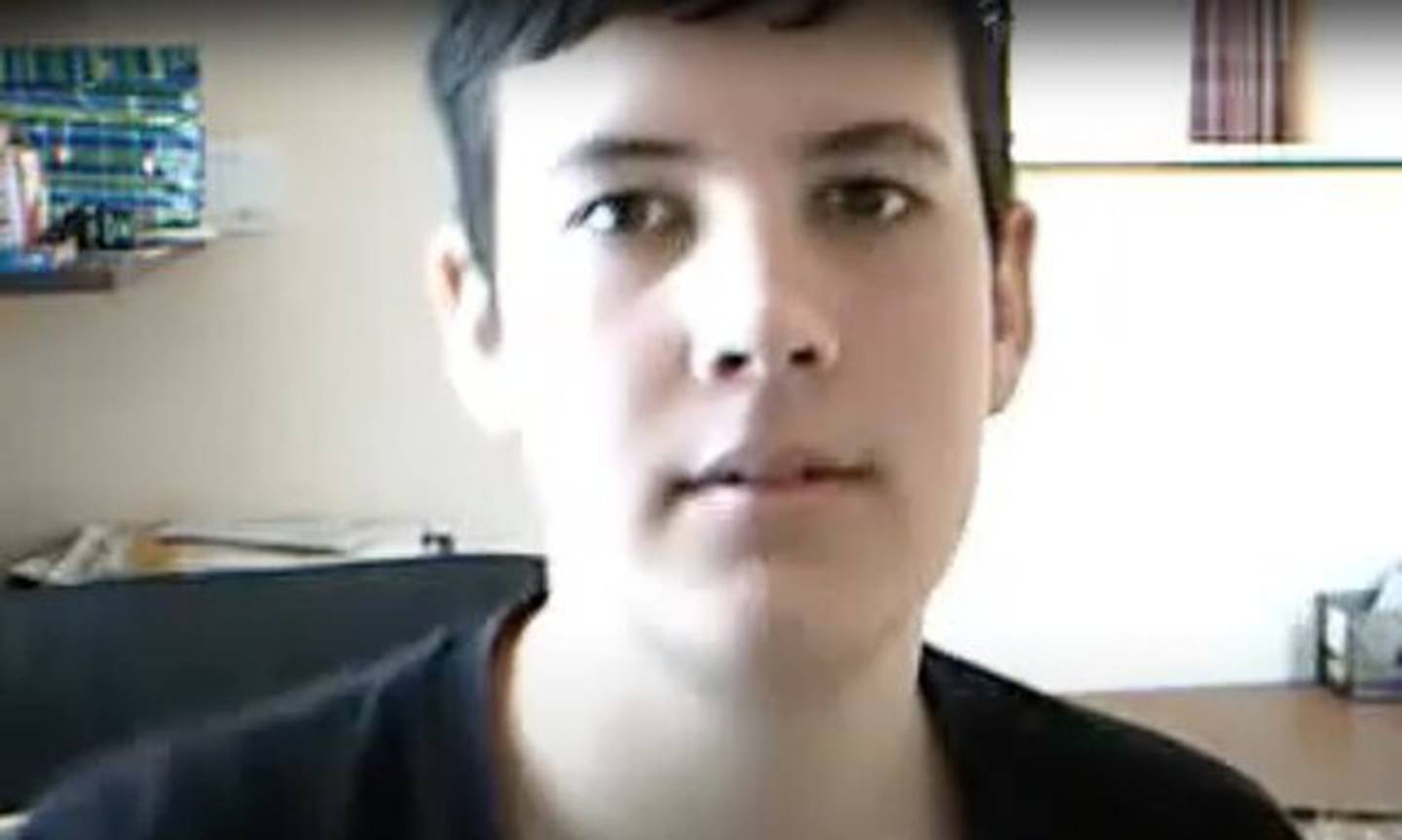 Hermanus Kriel was jailed for life for the murder of Liberty Templeman. Photo / Youtube

"If I were the parent of a child who was murdered by a young offender who was not given a life sentence, I quite honest would feel that my life was not worth living," she said.

"I would think 'how dare anyone have the audacity to think my child's life was worth a killer having absolute freedom when they were in their 20s."

She said after reading about last week's appeal, she was disappointed with the Childrens' Commissioner.

She said the letter sent to the court appeared to be "inappropriate and a conflict of interest".

"She is not protecting innocent children with this public submission of opinion," Crothall said.

"Quite honestly, I am also absolutely disgusted that these three murderers are even allowed to be used as an example in this case.

"How utterly heart-breaking for the families, they deserve an apology.

"Not one sensible New Zealander would agree with this ludicrous proposal." 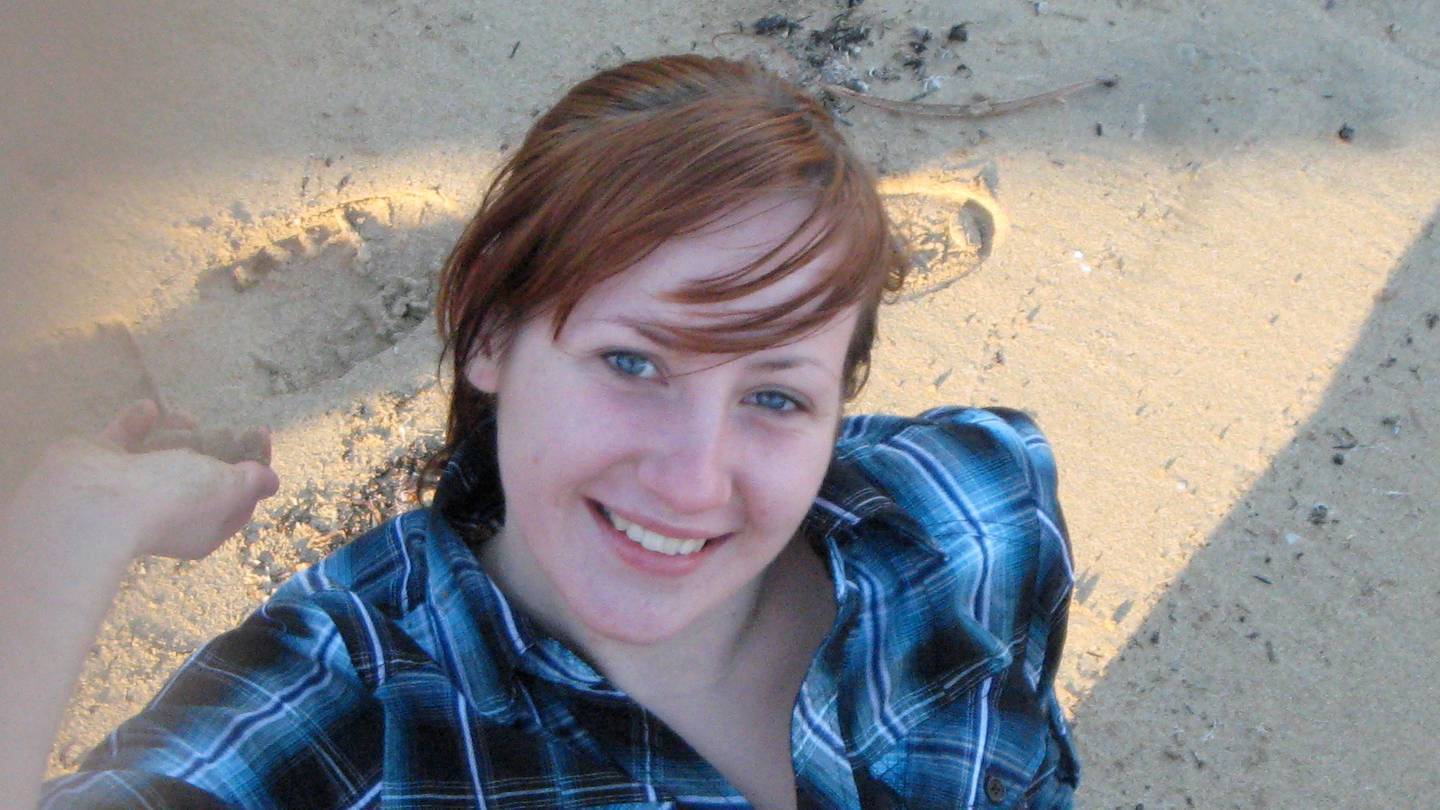 She was visiting friends in Kerikeri and was walking home from a gathering when 14-year-old Hermanus Theodorus Kriel beat, strangled and indecently assaulted her.

Kriel then dragged her unconscious body to the nearby Wairoa Stream and left her face down in the water.

Kriel was sentenced to life imprisonment with a minimum non-parole period of 11 and a half years.

Liberty's mother Rebecca Templeman was disgusted to think in future young killers could face anything less than life behind bars.

"In all my life I didn't think I could be sickened any more, but here we are, this ridiculous notion of inappropriate sentences being passed down to youth offenders," Templeman told the Herald.

She said the notion of a life sentence being "manifestly unjust" for any murderer
"marginalised the importance" of the victim's life and also "the lifetime of grief for the families and friends left behind".

Kriel became eligible for parole in May 2020 but has been refused release to date. 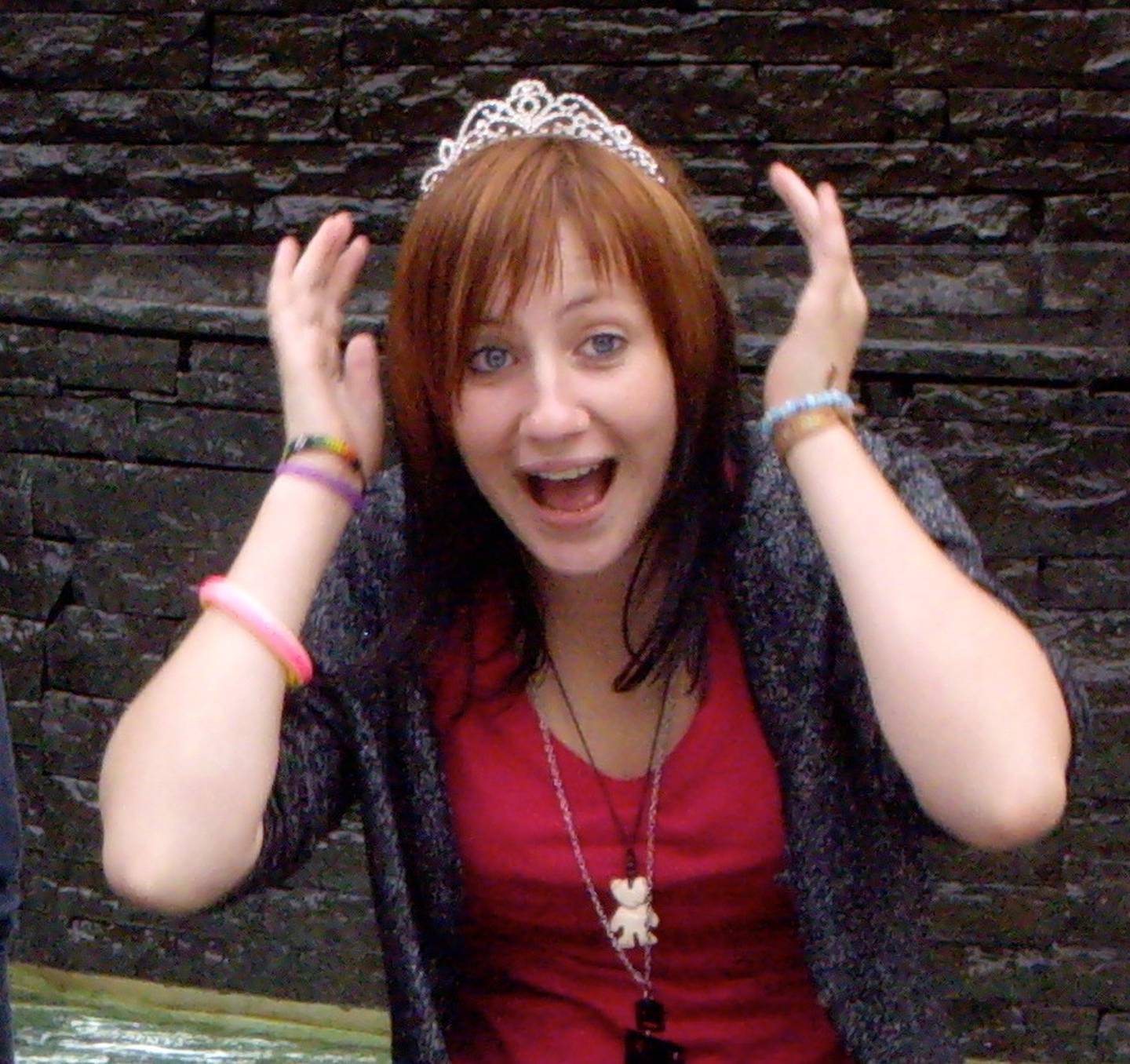 Templeman said after being provided with information about Kriel through the parole process, she felt he had " received very little in the way of rehabilitation" so far.

"And yet he is already well on the way to being released back into the community," she said.

"For lawyers who feel that a lesser punishment is potentially a way forward, giving the offender a sense of ownership of their life, allowing them direction, motivation to learn, grow and build a safer environment - well, show me a murderer who has really, truly accepted their misdemeanour and fate."

Templeman said when she first read about last week's appeal she felt "sickened by the casualness and blatant disregard for the families of victims".

"No matter how hard their upbring they absolutely know right from wrong," she said of young killers.

"Taking someone's life is not a day-to-day occurrence."

Templeman said regardless of what had happened in Kriel's life before he killed - he knew what he was doing the day of the murder.

"He made some very clear, decisive decisions that day, his violent actions were concise," she said.

"He sexually assaulted our daughter, beat Libby repeatedly, strangled her and then dragged her unconscious body almost 8m across a stream- he knew by leaving her face down in the water she would drown.

"Tell me how he doesn't deserve a life sentence when carrying out a calculated murder?

"He is a menace, a danger and a ticking time bomb. He needs all the care and education available before being released back into the community.

"When the mind is fractured it is always fractured and it doesn't take much for the fracture to break again."