Police have launched a homicide enquiry after the body of a man was found on a Mt Albert walkway.

Two days ago a man's body was found on the Roy Clements Treeway, a popular walkway next to Mt Albert Grammar School that connects Alberton Ave and St Lukes shopping centre.

Detective Inspector Chris Barry said the man's death is now the subject of a homicide investigation.

The victim's name could not be released yet but police were in contact with his family who were "understandably devastated".

A scene guard is still in place and will continue in coming days.

Barry said the news would be upsetting for the community but there was a large team of detectives working on the case and were determined to hold the person or persons responsible to account. Barry thanked members of the public who had provided information, and asked anyone else in the area on Tuesday evening and saw anything to contact police - including anyone in the area with dashcam or CCTV footage.

A firearm was not believed to be involved, Barry said, but he would not be drawn further on any weapon involved.

Members of the public had called police after finding the body. They were not children, he said.

There was no "absolutely no indication" that the man's death was gang-linked or related to recent gang activity in Auckland. 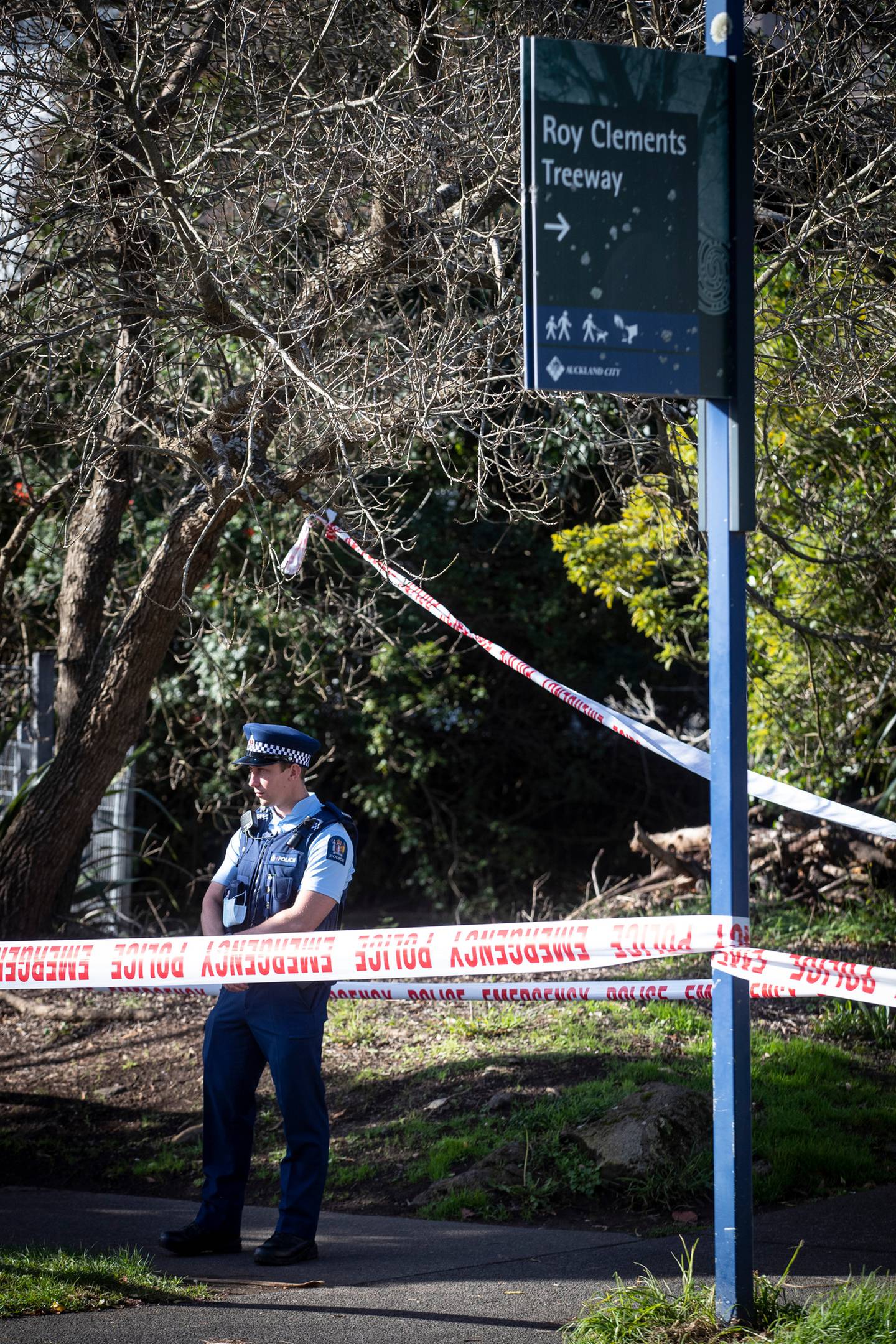 "We believe the victim was walking along the pathway and was on his way home," Barry said. "We can confirm that the deceased is a local resident."

Out of respect for the man and his family Barry would not give the man's age.

There was no known connection to a previous incident, where Lena Zhang Harrap died last year.

For operational reasons, Barry would not say which end of the walkway the man's body was found. The cordons were set quite wide, he said.

People who were walking at night should stick to well-lit areas if possible, be aware of their surroundings and walk with someone else, he said.

Barry couldn't say whether the person had been targeted, saying that would probably be speculative at this point. 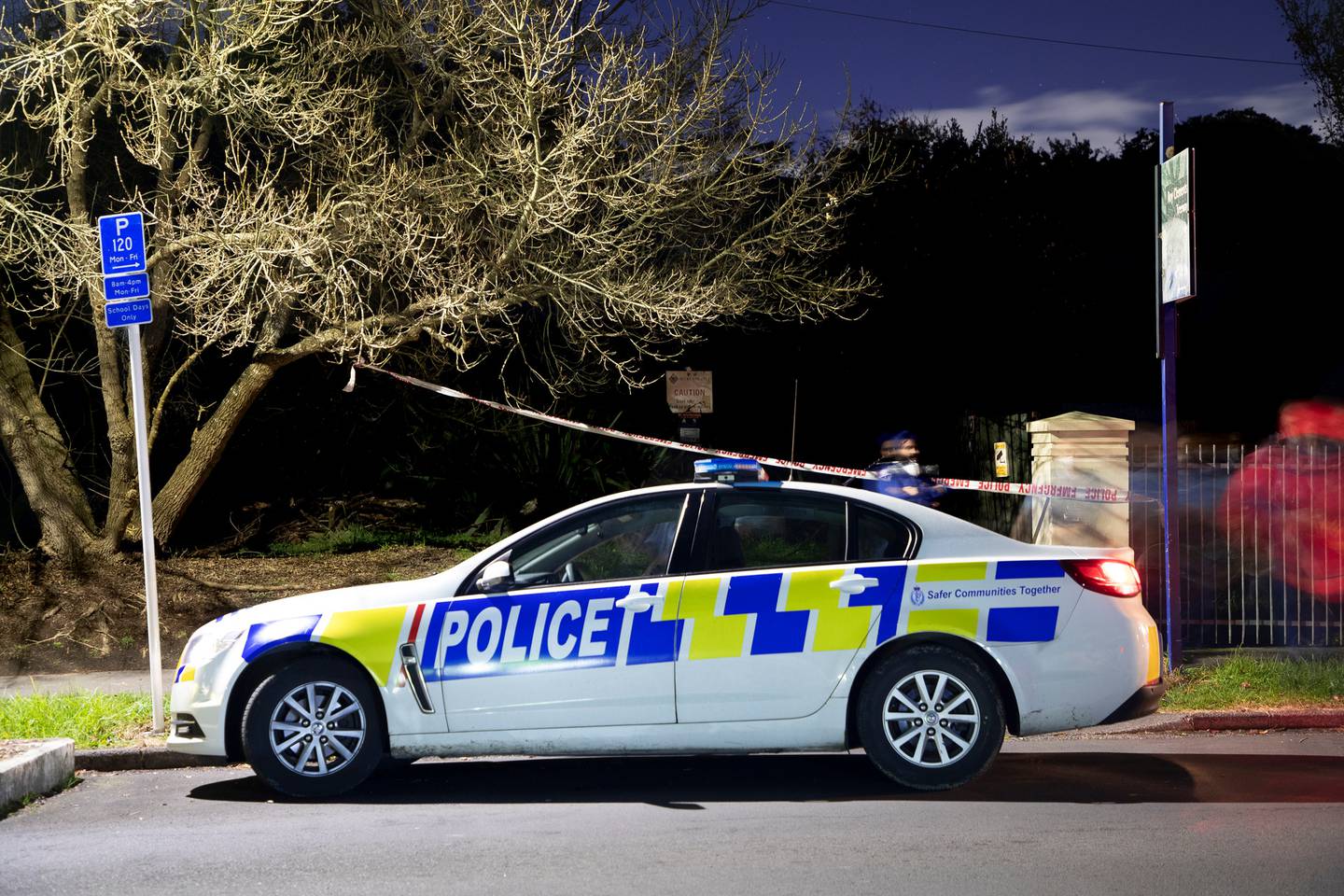 The man's body was found on the Roy Clements Treeway which connects Alberton Ave and a St Luke's shopping block. Photo / Hayden Woodward

Police were notified at about 6.55pm on Tuesday and they think the crime was committed shortly before that time.

"There would have been other people around ... our message to them is please contact us if you were in the area because you may hold that vital piece of evidence that will assist the investigation."

Asked if security footage from Mt Albert Grammar School would be used, Barry said any local CCTV footage would be gathered if it could possibly help. Anyone with CCTV should contact police - "we'd be very interested to see it".

Police were earlier treating his death as "unexplained".

Yesterday forensic specialists scoured the area where the body was found.

Just eight months ago a different walkway in the suburb was also the scene of an unexplained death, later found to be a homicide.

Mt Albert woman Lena Zhang Harrap, who had Down syndrome, vanished in September while out walking in the neighbourhood.

The 27-year-old's body was later found on a bush-lined walkway between Grande Ave and Summit Drive on Mt Albert Domain.

Following an investigation by police including examination of CCTV footage and interviews with other walkers, a 31-year-old man was charged with sexually violating and murdering Zhang Harrap.

The man, who has interim name suppression, is due to be tried in November this year. 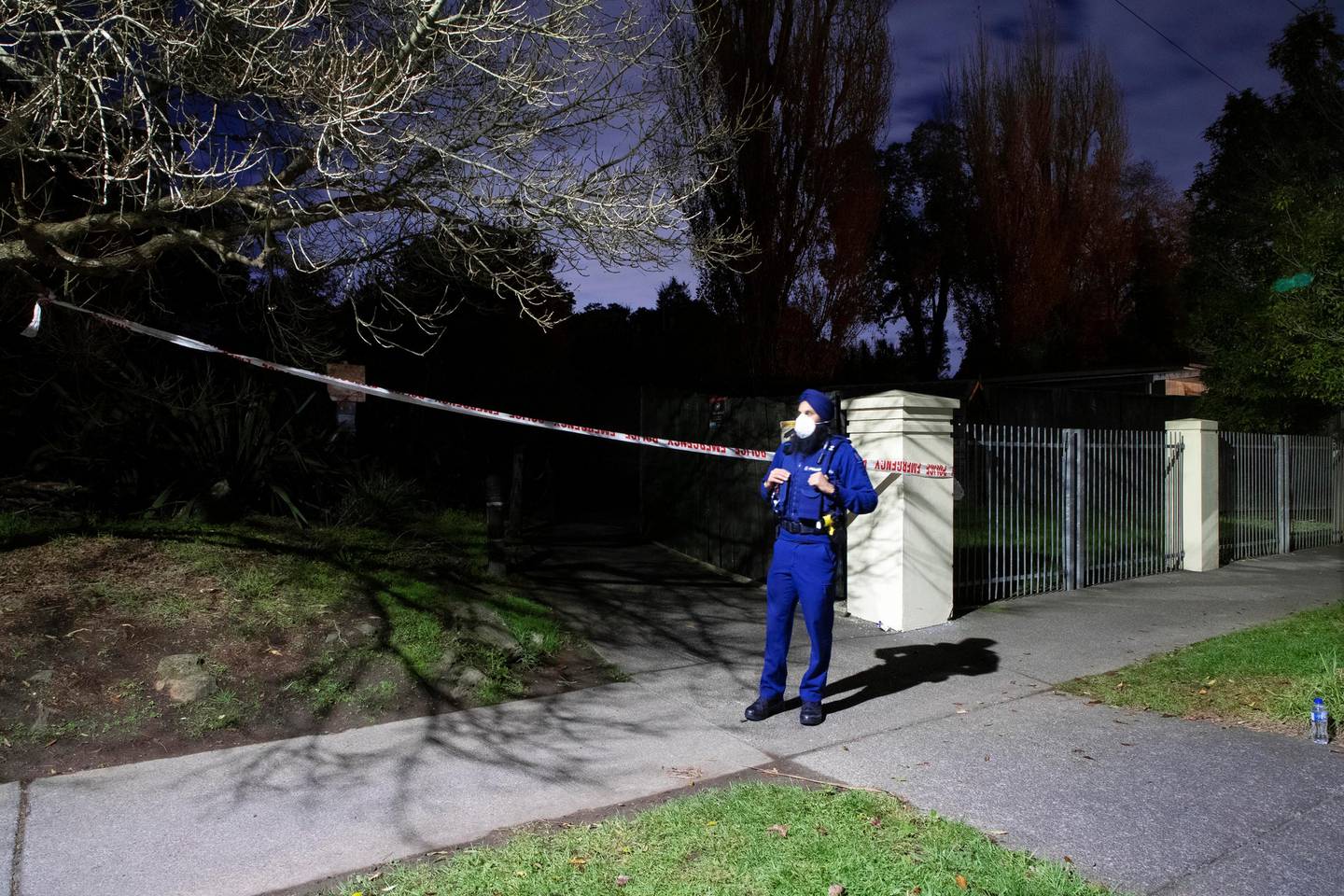 Police stand guard at the entrance to a popular Mt Albert walkway where the body of a man was found on Tuesday evening. Photo / Hayden Woodward

On Tuesday night the popular walkway was secured off from the public with a scene guard in place.

Police said the man had been identified and family advised of his death.

Police yesterday appealed for anyone who was in the vicinity of the Roy Clements Treeway from late afternoon through to 7pm to contact them.

Any information or relevant details that may assist police with the investigation can be passed on by calling 105, quoting file number 220524/8192, or Operation Volans.

Information can also be provided anonymously via Crime Stoppers on 0800 555
111.