WARNING: Contains court evidence that some people may find upsetting.

A young mother has spoken of her panic in trying to revive her baby son left in a car to sleep while she smoked synthetic cannabis.

Lacey Te Whetu, 29, was giving evidence in the High Court trial of her mother, Donna Parangi, who pleaded not guilty to the manslaughter of her grandson.

Isaiah Neil was eight months old when he died at his grandparents' home in Ruatoki, near Whakatane, in November 2015.

The infant died from heatstroke after being left in a hot car for several hours, according to the Crown which alleges Parangi is responsible for his death.

Parangi's lawyer Susan Gray told the jury there was "considerable doubt" that heatstroke, also known as hyperthermia, was the cause of death.

Te Whetu and Shane Neil have previously pleaded guilty to the manslaughter of their son.

This week the former couple gave evidence in the trial of Parangi.

In giving sometimes tearful evidence, Te Whetu told the jury her mother - who was working fulltime, sometimes six days a week - helped her look after Isaiah and her older children.

"I wasn't capable," said Te Whetu, because of her drug addiction. She was spending hundreds of dollars on black market synthetic cannabis. 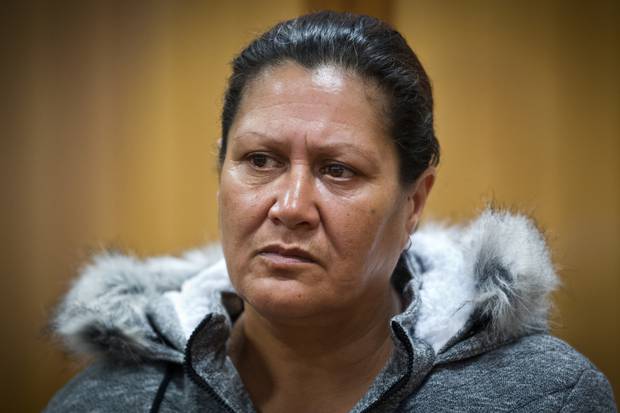 She said her mother would smoke synthetics at home after work.

Most often, Te Whetu and Parangi purchased the drugs together from a cousin in Kawerau.

On the morning of 2 November 2015, mother and daughter drove to see a different dealer - one of Parangi's work colleagues.

They took Isaiah with them, strapped into his baby seat in the back of the car. Te Whetu's two older children were at kohanga reo.

A $40 bag of synthetics would last one day in the house, said Te Whetu. They used a homemade bong.

After buying the synthetics, Te Whetu and Parangi returned to Ruatoki with Isaiah. He fell asleep in the car on the way home.

Te Whetu said they parked the car outside the back-step of the house around midday.

She talked with her mother about leaving Isaiah in the car, saying she encouraged Parangi to let him sleep there.

"We were eager to go and get stoned," said Te Whetu, "I assumed someone else would get him [out of the car]."

She remembered shutting her door but didn't know whether the other doors were open, or closed.

Te Whetu went inside and had a shower, before smoking the drugs in the laundry. "That was a strong batch...took me straight to bed."

Her partner, Shane Neil, had stopped smoking synthetics, Te Whetu said, "because he saw the effect it had on me".

For some reason, Neil did smoke synthetics that day and fell asleep next to her.

She woke up and asked him to get Isaiah out of the car.

Neil returned with their son and handed him to Te Whetu, saying "he's hot".

Te Whetu said her son did feel hot, but she thought he was in a deep sleep.

Isaiah didn't drink the bottle of milk offered to him, or respond at all, but Te Whetu said she was not concerned at the time.

"At that time, I was still waking up from being so zombied out."

She put the baby in his cot in another bedroom, then returned to her own bed to sleep.

The next thing she remembered was waking up, noticing the light was darker outside, and realising Isaiah hadn't made any noise.

Te Whetu went into his room and "panicked". "I was freaking out, he wasn't moving."

She laid Isaiah down on a bed and stripped his clothes off, then poured water on him in the bathroom.

Instead, Te Whetu ran next door to the neighbours to use their phone and call 111.

She ran back home, still on the phone, and took Isaiah to her bedroom.

On instructions from the 111 operator, Te Whetu tried to resuscitate Isaiah by pressing on his chest with her fingers.

The eight-month-old didn't respond. About 20 or 30 minutes later, an ambulance arrived.

The paramedics took Isaiah straight into the ambulance.

It was only then Te Whetu noticed bruising on Isaiah's abdomen, under his ribs.

She had not seen the injuries on Isaiah when she stripped him off, or during the CPR attempt.

Soon after, Isaiah was pronounced dead.

Later, Te Whetu learned about other bruises on Isaiah, as well as an adult bite mark on his elbow.

She wasn't aware of how the injuries were inflicted.

Te Whetu will continue to give evidence on Wednesday.

Neil also smoked synthetics on the day his son Isaiah died. He had fallen asleep but when he woke up, Neil said he found Isaiah inside the car parked outside.

His son was strapped in his car seat, unresponsive. 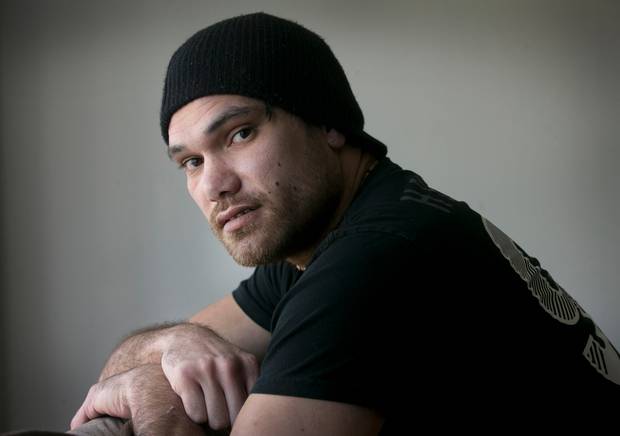 Neil said the car doors and windows were closed, although he was not "100 per cent" sure the sunroof was also shut. The car was "very hot".

He took Isaiah inside and said tried to check for a pulse.

"I couldn't tell, I was still pretty high. He did appear to be lifeless at the time, that's the only way I can describe it."

Neil woke Lacey Te Whetu to check on their son. "She said he was fine, still breathing, so put him back to bed."

Neil and Te Whetu both went back to sleep.

Around 6pm, Neil said he woke up and checked on Isaiah again.

His son was "saturated" with sweat, said Neil, and seemed lifeless so he woke up Te Whetu.

They stripped the clothes off Isaiah and started sprinkling cold water on him, in an attempt to cool him down.

By this point, Neil said he and his partner were in "full panic mode".

"He was gone. Lacey was trembling, screaming, out of control," said Neil. "She was holding him up under the arms, saying 'my baby', those sort of words.

Under cross-examination by her defence lawyer Susan Gray, Neil conceded to having memory lapses about what happened the day his son died. He had no memory of his two older children being dropped home from kohanga at 2.35pm.

He also admitted falling back to sleep after Lacey Te Whetu called 111.

Gray questioned the changing nature of his statements to police and described some of his evidence as a "figment of your imagination".

"You've got massive memory blanks on that day," said Gray.

She questioned how he could possibly remember that the doors and windows of the car were shut.

The trial in front of Justice Sally Fitzgerald in the High Court at Hamilton is expected to last up to three weeks.